About The Ruts DC

We don't yet know much about The Ruts DC.
Get in touch and we'll add some details.

The Ruts DC at the Zephyr Lounge 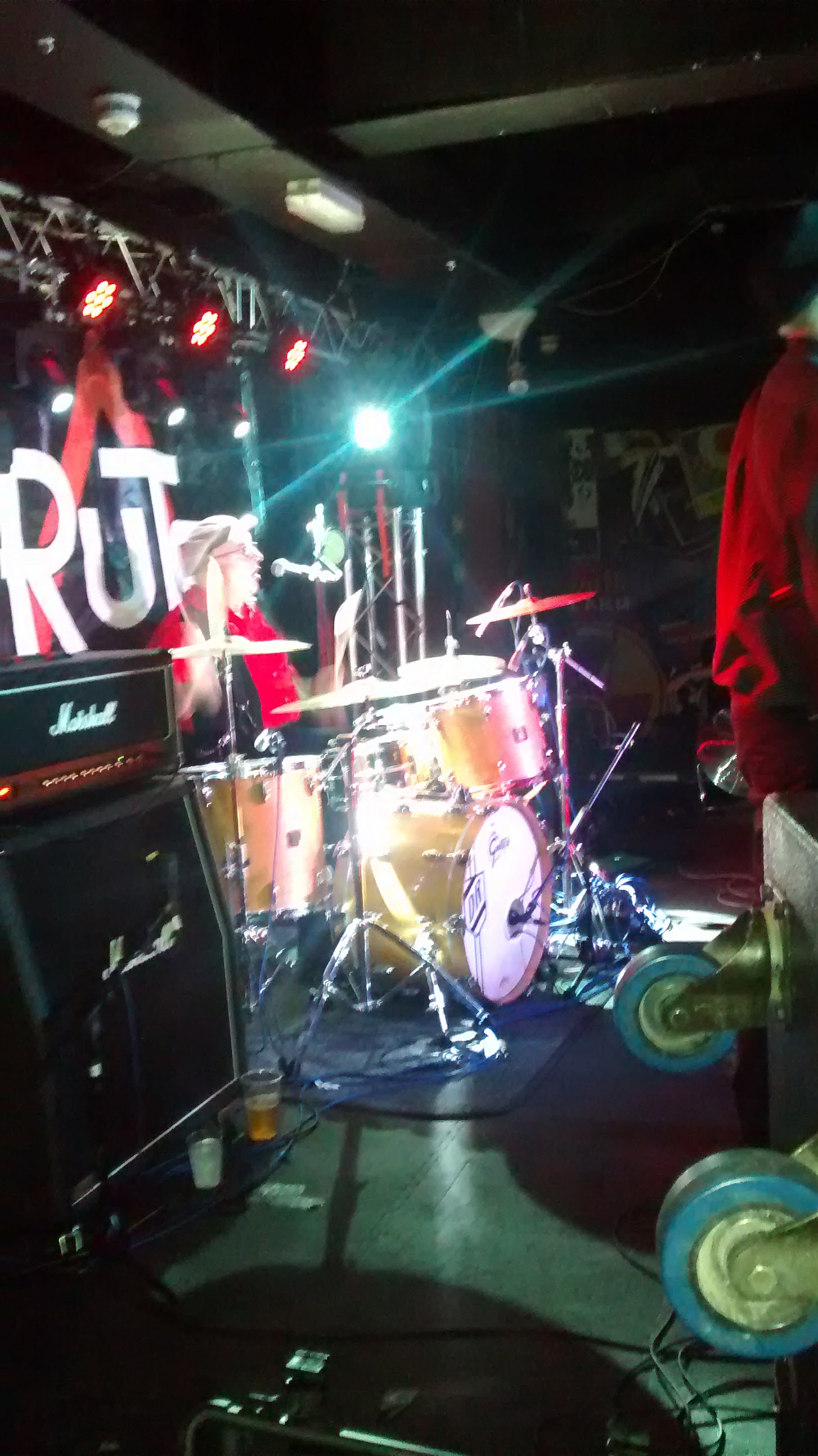 The Ruts DC are not admittedly a local band (so please excuse that aspect of this review), but they certainly played a local venue (the Zephyr Lounge) on 29th September (a Friday) and when acts of this calibre play locally, it needs to be reflected I feel. I hope you agree.

As for many other people, the original Ruts were an important band for me. Musically they were so powerful & compelling & they stood up strongly in the era of racial intolerance & made their voices heard. It is often overlooked now how much they were respected: among punk bands, along with maybe The Clash, The Members & The Slits, The Ruts played genuine reggae and tracks featured real dub sections. A string of incredible singles and one superb album in their lifetime put them up there with the best, and had their career not been cut abruptly short in the summer of 1980 when singer Malcolm Owen died, they could reasonably have had the reputation that today The Clash has: certainly their final release "West One (Shine On Me)" was superb and pointed the way towards interesting new work & remains a favourite of mine. I saw the remaining three, the late guitarist Paul Fox, bassist "Segs" Jennings and drummer David Ruffy, shortly after that in a lineup renamed Ruts DC (i.e. da capo: back to the beginning (again)): a very reflective & mostly instrumental performance. This latest version, with Segs, David & guitarist Leigh Heggarty is really not particularly like the 1981 one: for one, they play the classic Ruts tracks again, absolutely note & tone perfectly with Leigh sounding identical to Foxy but obviously without Malcolm's totally individual vocal style: conveying anger, defiance, pathos & yearning at often much the same time: all three sing, but mainly Segs sings lead & David provides the quality backing vocals he always has...(another thought here: last time I saw him play live, he was drumming on Kirsty MacColl's final tour, singing backing vocals and Shane's part on "Fairytale of New York": a gig which will live long in my memory for obvious reasons).

It makes you think: in 2008 The Shapes reformed to my delight & played songs I never thought I'd hear live again: made my day. And longer. Last night, I heard Ruts songs I had not heard live for even longer & boy was it moving: they were so fresh having only been in my life on record for such a long time. Simply hearing the well known & loved intros to "SUS", "In A Rut" "Something That I Said", "Jah Wars" "West One (Shine On Me)", "Babylon's Burning", "Love in Vain" ( or indeed Vein)  & "Staring At The Rude Boys" set me tingling. The last two were encores: "Love.." dedicated to lost bandmates Malcolm & Foxy, and being their most poignant song anyway, as well as their most overtly reggae number, a really touching moment.

However that is far from the full story: had it just been one of my all time favourite bands doing superb versions of keystones of my collection, it would be just fine. But it wasn't. Ruts DC are a proper band & create new songs and believe me it's as good as the old stuff. At least 50% was this modern material & it is played with the same brio & commitment as 40 years ago & hits straight out at contemporary issues: as Segs reminded us: they are "still angry". Check out songs like "Music Must Destroy" or "Peacebomb".

An added bonus was that thanks to the early finish time, I made the latter part of the Miss Songbird & Chris Gibbons gig at Apehangers (see previous review): which was excellent but is probably a story for another day.  I hate it when two gigs I want to see clash so I felt especially lucky last night.