We don't yet know much about The Matadors.
Get in touch and we'll add some details. 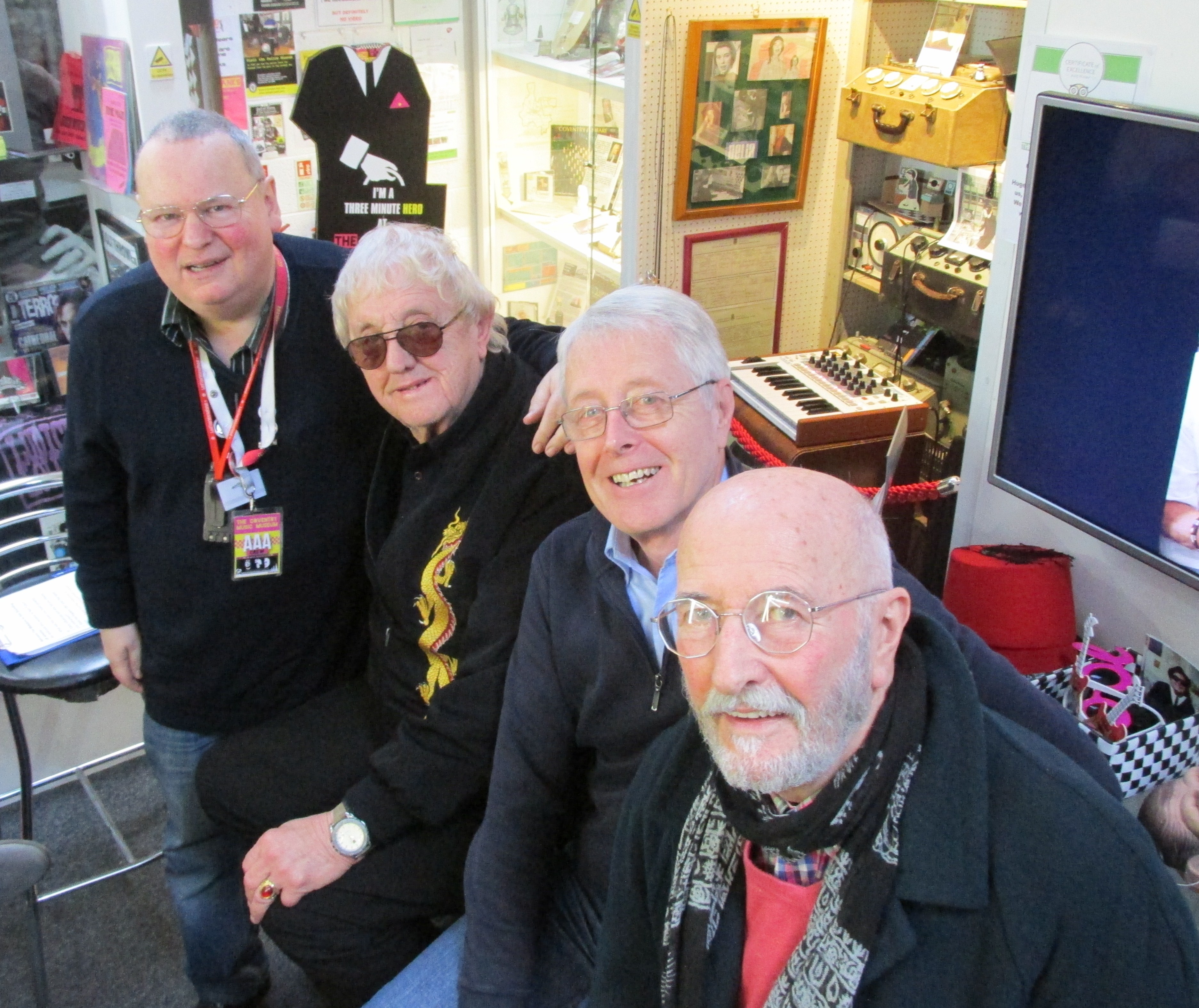 Most readers of this piece will know of Joe Meek & his revolutionary production techniques, but fewer will be aware of his work with one of the top bands of the 1960s from our area, voted "Coventry's Best Band" and dubbed "the Midlands' Beatles": the Matadors (sometimes billed as the "Fearless Matadors" or the "Four Matadors")

Unfortunately, the EMI/Columbia single they cut with Joe, "A Man's Gotta Stand Tall" was neither a hit with the public nor the band, who endured tense recording with this often difficult man who then sped the track up producing a "chipmunk" vocal effect. Fortunately, they were permitted to write their own "B" side, "Fast Cars & Money", one of their own favourites.

How do I know this? Well on Saturday 25th November 2017, surviving Matadors Dave Finlay (organ, vocals), Dave Colkin (bass, vocals) and Harry Heppingstall (drums) came to Coventry Music Museum for a Heritage Lottery funded "Sounding Off" session with curator Pete Chambers BEM (photographed here with them). Sadly vocalist & guitarist Neil Tyson has passed away & so the session was dedicated to him.

Having signed the Coventry & Warwickshire Music Door of Fame (although from Hinckley, the band were always a key part of the Coventry scene), the band took us through their fascinating history. Starting as a Shadows-type band, the Matadors were intrigued to find an unknown Liverpool band were covering the same US R&B obscurities such as "Twist & Shout" and once the Beatles had broken, the little dances with the guitars were dropped, haircuts adjusted & guitars worn higher.

Apart from the EMI deal, the band gigged incessantly locally & nationally working with names such as Little Richard, Gene Vincent, the Kinks (one promoter in his ignorance swapped their places on the bill over: the Matadors however ceded closing to the Kinks), Slade (as the N'Betweens), the Searchers and a young Stevie Wonder. The story of an after gig jam with Stevie, Georgie Fame & Steve Winwood ending when a philistine bouncer threw them all out was a standout.

It was good to see many fans from their heyday present who remembered the many local gigs (over 700), especially at the Walsgrave and the night bassist Dave was nearly fatally electrocuted there.

Footage from & photographs of the talk may be found at: