About The Jazz Apples

We don't yet know much about The Jazz Apples.
Get in touch and we'll add some details. 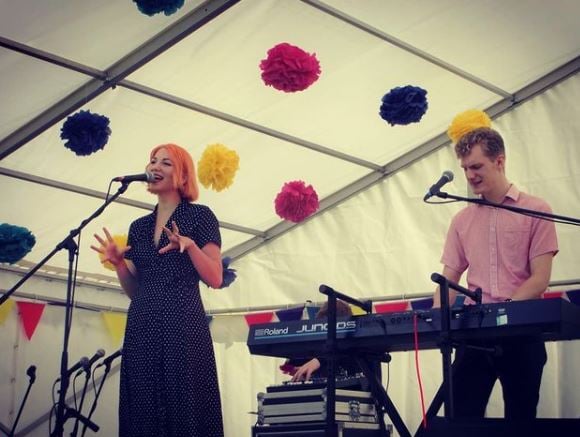 To be honest, as delighted as I was that live music in some quantity was back at an expanded "Art in the Park" (two stages rather than the usual one), as I had such other commitments that I could only spend a few minutes there on Saturday and a couple of hours on Sunday, I wasn't sure that I had enough of an overview to review the event.

However since I see that my colleague Andrew Lock couldn't make it on the Sunday, I thought it might be a good idea to share at least my photos to record the excellence of the acts I caught & which he unfortunately couldn't. I refer you very much to his far superior pictures from the Saturday elsewhere in the magazine.

I am sorry to have missed Titine Lavoix, Stylusboy, Orange River Remedy, Joe Dolman  and Stone Bear but I am now more confident that I'll have opportunities soon. I very much enjoyed (after a two year gap in some cases) seeing the Jazz Apples (Saturday) and on Sunday The Peas, Holly Hewitt from Holly & the Hounds reverting to her solo act on this occasion, Levi Washington, the second of two Chasing Deer sets (this one with special guest Ollie Hayes) and Jake Rizzo. They were all on their usual fine form & if I detected a sense of liberation in some of the performances, it may be more than simply my imagination…. 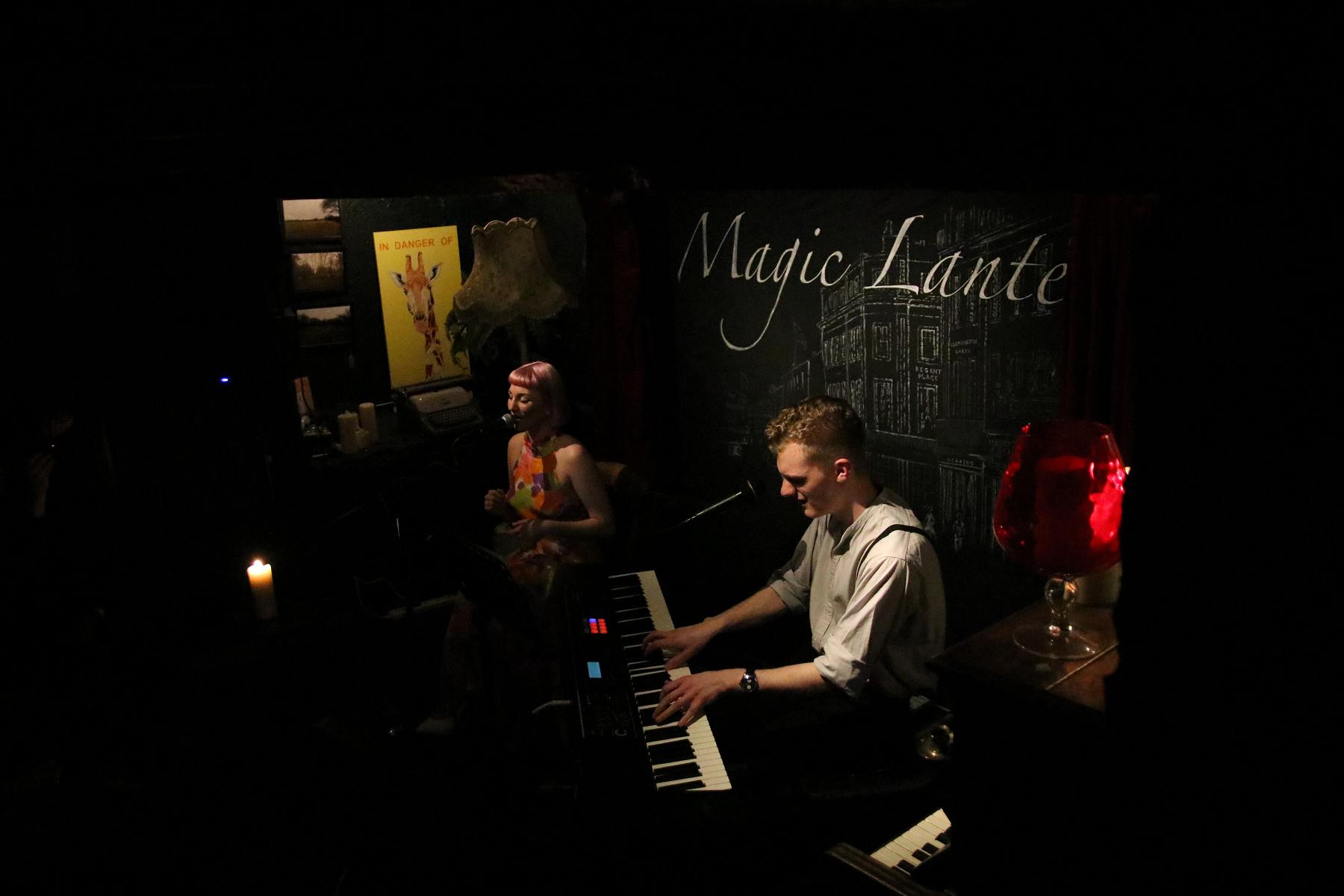 I'll start with a personal observation: I enjoyed last night: my first time seeing the Jazz Apples (I hold my hands up on that: I'd certainly heard friends praising them) & their performance was just right for me: another immersive experience in the Magic Lantern, up close with the vibes engulfing me & taking me somewhere good.

The name is "Jazz" and the music is jazz too: or at least it was last night. Their website suggests they have a broader range but given the venue, any decision to focus on the smouldering end of their repertoire was a good one. A few diversions into Bill Withers territory apart, the tunes came out of the jazz standards book.

At this point, I imagine many people who have not heard them will start to raise an eyebrow (I know I might have done too): aren't some of these songs played to death on the circuit? A fair point & one I'd agree with in principle. But not in this specific instance.

I knew the vast majority of the numbers but honestly not a single one was played in an arrangement which was tired or familiar: these songs were played with love & respect & new life breathed back into them: without going to the opposite extreme of showing off nor adopting bizarre arrangements.

That the two of them clearly enjoyed what they were doing tells you the approach they have to their music & material.

Equally, the evening was soaked in good humour: I hope you will understand what I'm trying to say if I describe their playing as ... well "playful". Improvisations abounded & to me that is one hallmark of what jazz is about. I simply do not "get" stuff labelled as jazz which consists of slavish adherence to set arrangements. Not my idea of the concept of jazz at all. Risks were taken too: and how often do you hear that? Hats off.

They have taste too. Fi has a rightly greatly praised voice & this worked a treat in that environment. She possesses excellent technique & frequently went for complex lines & pulled them all off with aplomb. She has equally good dynamic sensibilities and used shifts of these with discretion for extra effect. Best of all, although she often soloed with scat, very nicely too, she never once committed the offence which drives me potty with lesser singers who go all "oobee doobee doo" in the middle of lines of lyrics to cover their own technical inadequacies with needless cheap elaborations. Hat off again.

Alex's playing (he mainly used his keyboard apart from one delightful move to the Magic Lantern's restored Dale Forty for Nina Simone's "My Baby Just Cares For Me") mirrored this: skilled yet tasteful with generally chorded accompaniment when Fi was singing and when it came to his solos, the runs, though often improvised, served the song, not his ego.

They have an empathetic understanding I think: not just in the interplay between voice & piano but also in their several duets & this was another element in the playfulness.

I'd certainly see them again in a flash & if you are reading this on the day I write it, you can see them tonight at Fizzy Moon in Leamington and if you'd like to catch them at the Magic Lantern, they return on June 21st. I'll see you there.