About The Iron Maidens

We don't yet know much about The Iron Maidens.
Get in touch and we'll add some details. 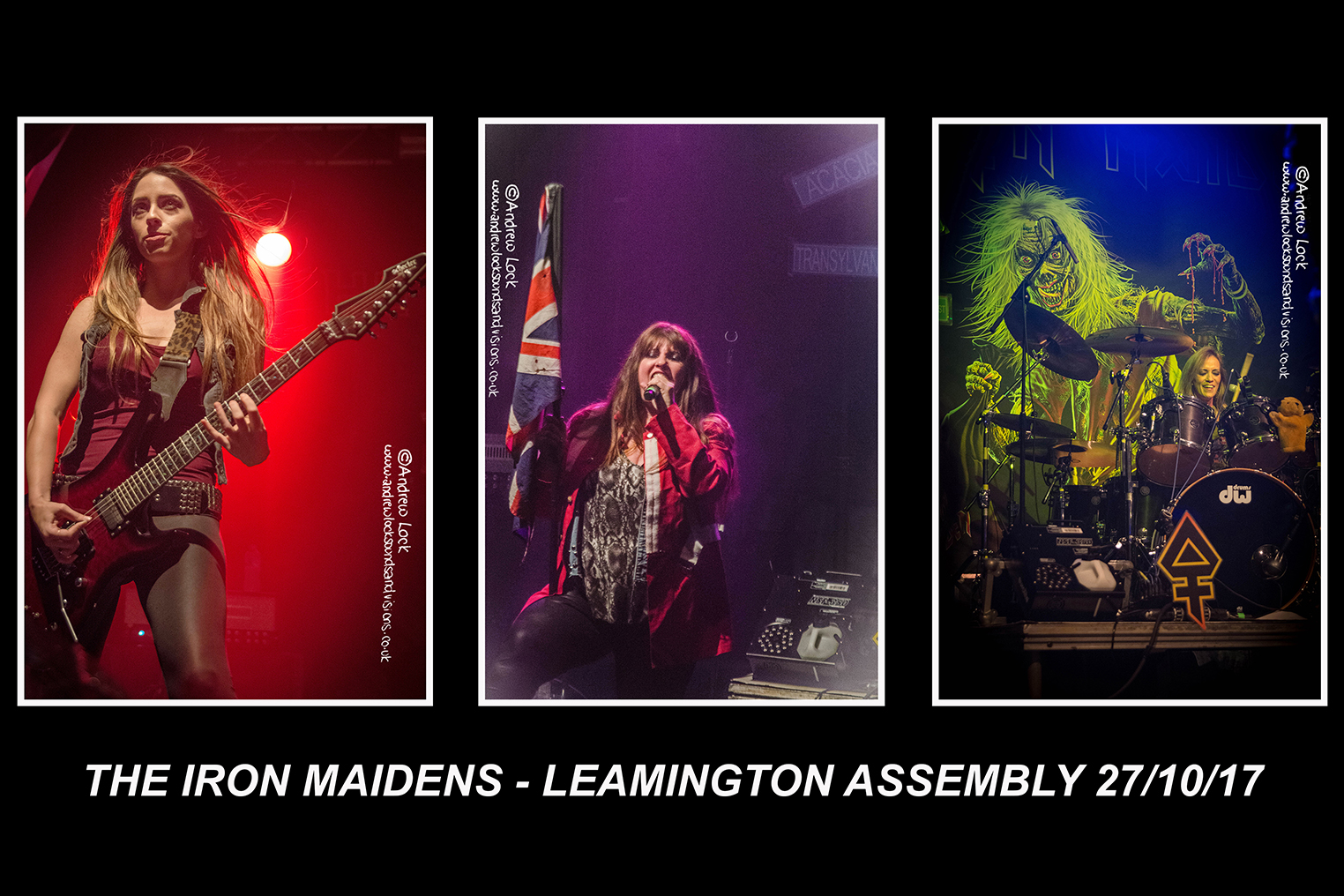 Ever since spotting this show on the Assembly listings earlier this year I have been looking forward to this gig by the Californian all female tribute to the mighty Iron Maiden (only one in the world as well) and to say I was not disappointed would be an understatement.
Reminding me in power and attitude of prime time Girlschool these ladies completely rocked the joint and boy did they do justice to the mighty Maiden name.
I was so pleased it was a fantastic turnout and the maiden family/army (so many Iron Maiden shirts on display) certainly responded to the fantastic musicianship, energy and showmanship on offer.
They are such fans of the band they know that the last number played over the PA before the guys hit the stage is UFO classic Doctor Doctor so they do likewise before unleashing Maiden mania for the next couple of hours.
The set list would have pleased any Maiden fan mixing the well known hit singles with fan favourite album tracks and going all the way from the debut album up to the Fear In The Dark era.
Like Live/Wire the week before they have put such a lot of work into the staging and spectacle side of their performance with amongst the props their very own Eddie making numerous appearances in different guises, vocalist Kirsten changes outfit for several numbers (also her air raid siren voice is well in place) and there is no shortage of smoke and explosions.
The sound of the band has to be heard to be believed, of course thunderous at times (bass and drum work solid as a rock) but wonderfully melodic when required (twin guitar work a delight) and the band all play their part to perfection, while the crowds reaction and interaction throughout, singing along (especially on epic ‘Fear Of The Dark') and jumping up and down turned the night into a real event.
Highlights included roaring opener ‘Aces High', ‘Wasted Years' a perfect combination of power and melody and my all time fav Maiden number and stone cold classics ‘The Trooper' and ‘Powerslave' while the atmospheric ‘Rime Of The Ancient Mariner' was stunning.
It was so impressive that they also included in the set a few possibly not so well known early Maiden numbers including ‘The Prisoner' and ‘Phantom Of The Opera' which must have had the die hard Maiden heads in heaven.
Of course we had ‘The Number Of The Beast' (how could they not!) and of course it brought the house down as did the double whammy of encores ‘Running Free' and ‘Iron Maiden' the latter with Eddie in full flow.
So impressed by this show, these Californian girls sure know how to rock and look forward to a return visit.

As a long time Iron Maiden fan (still remember the incredible show they put on back in the mid 80's at the Birmingham Odeon on the World Slavery tour (Powerslave album) really looking forward to this show by the all-female Iron Maiden tribute band from Los Angeles when they hit the Assembly on Friday 27th October.
Formed back in 2001 they have gained a huge reputation in Southern California and further afield including dates in the metal/rock stronghold of Japan and the band have released three albums of Iron Maiden covers.
The material they perform is wide ranging and overs the width of the extensive Maiden back catalogue with plenty of the bands iconic hits promised in the set and they even have their very own Eddie mascot who will hopefully put in an appearance on the Assembly stage.
Before arriving in the UK and more importantly hitting us here in Leamington Spa the girls are playing dates in Germany, Belgium and the Netherlands.
Looking and listening to some of their live numbers on-line they seem a force to be reckoned with, sound fab and surely are a must for the Maiden fan and in my opinion rock lovers in general.

More info on the band can be found at