About The Doors Alive

We don't yet know much about The Doors Alive.
Get in touch and we'll add some details. 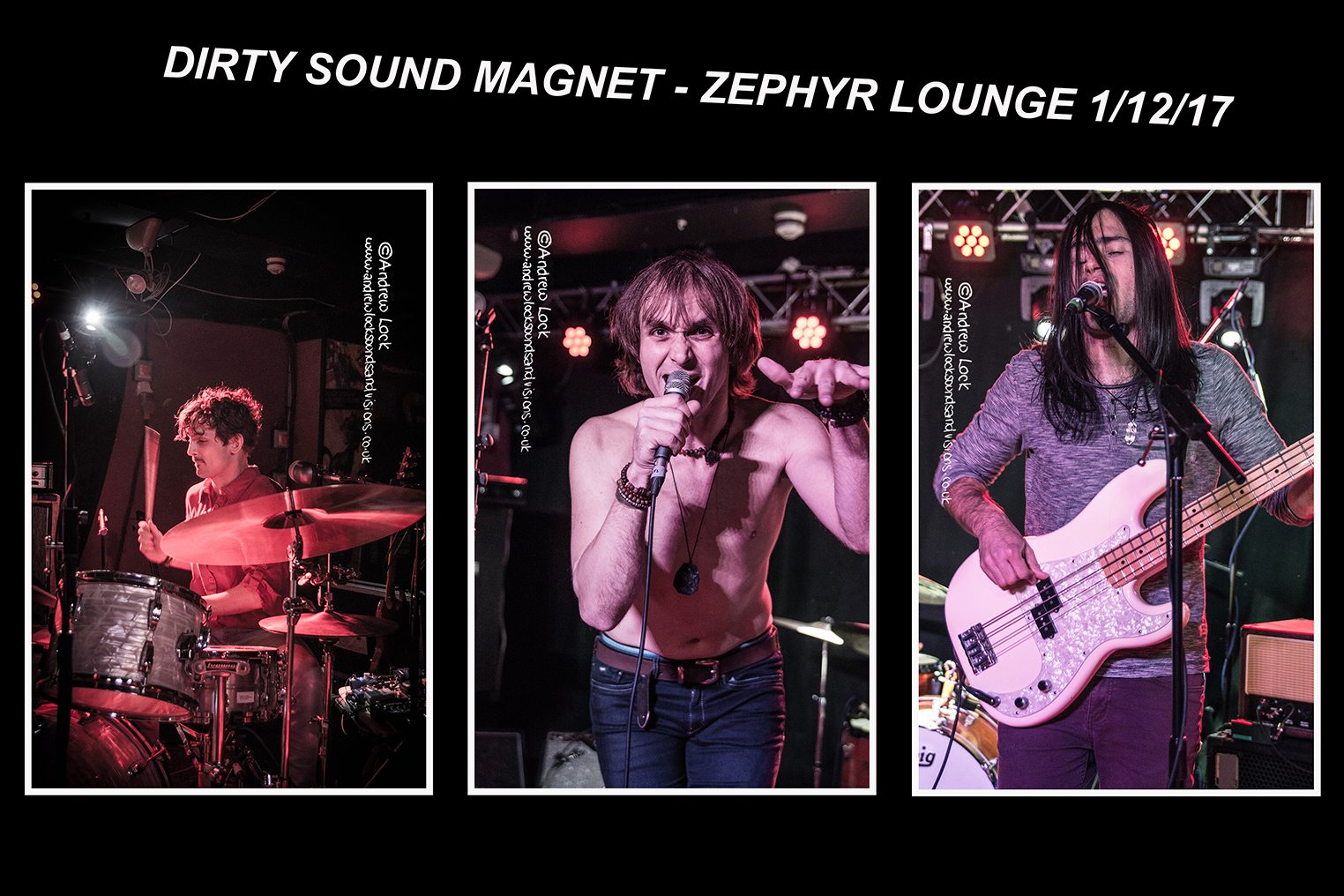 Despite a couple of line-up changes since The Doors Alive amazed me at The Leamington Assembly back in 2012 the magic was definitely still there for this performance at the more intimate Assembly sister venue The Zephyr Lounge.
First things first with a fabulously entertaining set by Swiss three piece Dirty Sound Magnet who mixed Doors style mysticism and blues, early Floyd psychedelia, out-there Suppers Ready madness Genesis, a bit of Pineapple Thief modern prog rock/dance music and classic rock, even throwing in an intro touching on Spinal Taps classic Stonehenge for good measure.
Not a dull moment all set with the numerous musical styles and you just could not take your eyes off the band from the wide eyed strutting of the front man to the manic Keith Moon like drummer a dynamo both in his playing and his wide eyed joy.
All tracks very different with ‘Cash Cow Superstar' a majestic wall of sound slice of heavy prog rock a standout and all in all one of the more impressive supports slots I have seen this year and great to see a band having so much fun on stage.
On to the headliners and from that opening bubbling, hypnotic riff to ‘Break On Through' (To The Other Side) to the pulsating encore ‘Touch Me' The Doors Alive did not put a foot wrong.
The new Jim (well different from that 2012 gig) looks remarkably like the real thing and just as importantly has the vocal style to match and carries off the Lizard Kings charm, charisma and stage craft to perfection and I loved it that he recited snippets of Mr Morrison's poetry between some numbers.
The band also nailed their particular door to perfection (if you know what I mean) and their interaction on the extended instrumental section at the end of a stunning ‘Light My Fire' after Jim had left the stage was inspired.
I was personally thrilled to have two of my top ten tracks of all time performed one after the other with a sublime and delicate ‘Riders On The Storm' hitting 11 on the atmospheric meter followed by a thundering ‘L.A. Woman'.
Doors classics in abundance including ‘People Are Strange', ‘When The Music's Over' and a blistering ‘Roadhouse Blues' but they also threw in lesser known (apart from Doors aficionados of course) numbers such as ‘Alabama Song (Whiskey Bar)' merging into blues masterpiece 'Back Door Man', ‘Twentieth Century Fox' and a wonderful, dreamy ‘Moonlight Drive'.
Must admit I had several goosebump moments at this show as I just love the music of the Doors but of course never got to see them (well I was only 8 when Jim Morrison passed away) and this band really show you what it must have been like to see one of the greatest ever bands in action.
If I had my way this band would hit town every year and those who missed it missed a corker. 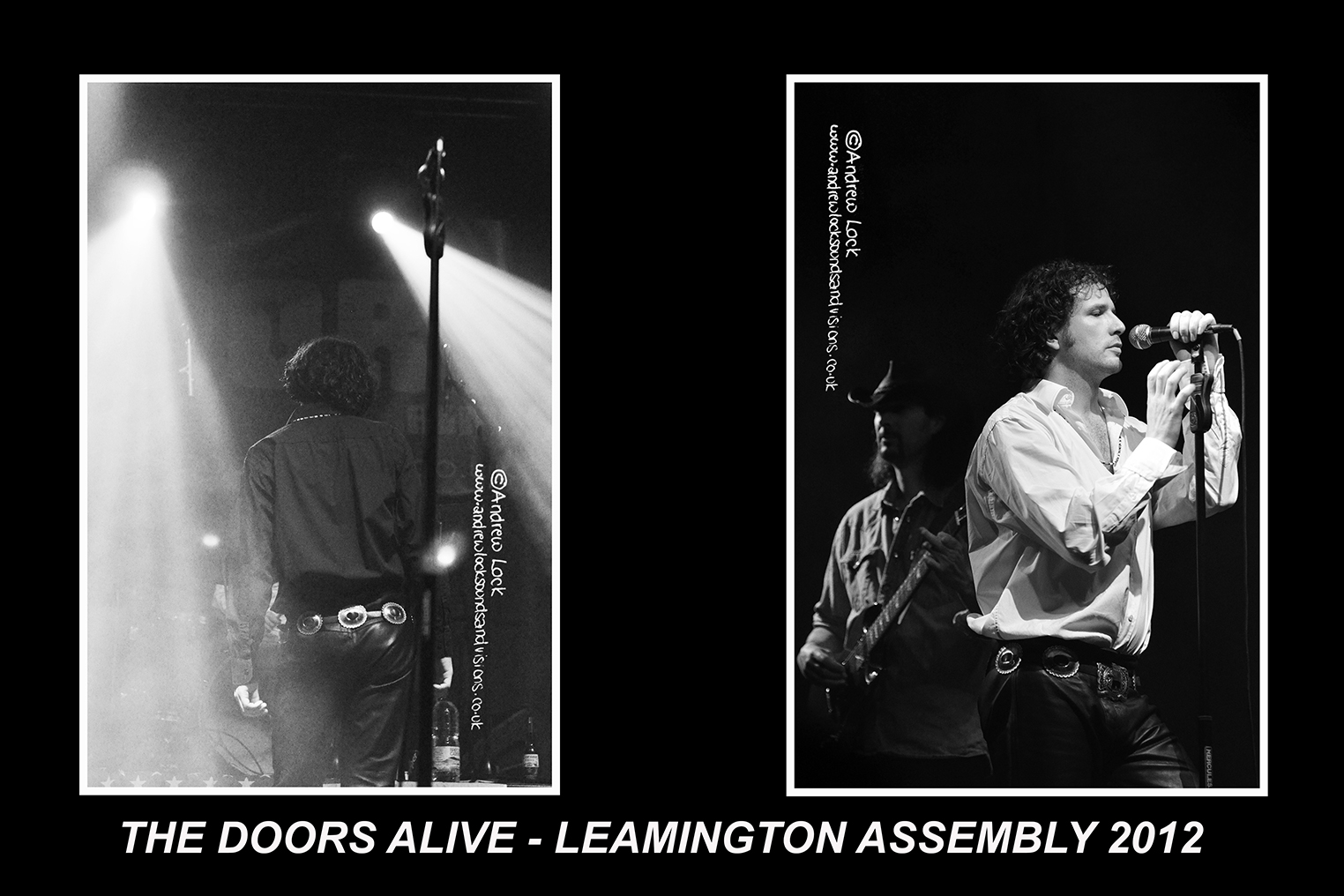 One of the finest tribute bands I have ever seen in action, this band amazed me upstairs at The Assembly back in 2012 by capturing both that wonderful Doors sound and giving the audience a total recreation of what it must have been like to have seen Jim Morrison and crew on stage in the sixties.
The bands Jim has the voice, the look/style and also the at times the outrageous showmanship of the Lizard King, everything that is required for a totally convincing portrayal of one of the most iconic frontmen of all time.
The other 3 members of the band (no bass player of course but I am always thrilled being an Elvis fan that the kings bass player Jerry Scheff was in the studio playing on the final Doors album and masterpiece that is L.A Woman) bring all the musical attributes of Ray, Robby and John to the table.
At that Assembly show back in 2012 I was also impressed with the stage lighting that gave the show the look and feel of seeing the band in action in an L.A. bar as they strutted their way through the likes of ‘ When The Music's Over', ‘Break On Through (To The Other Side)' and ‘Light My Fire'.
Of course it should also be the chance to hear tracks from that final Doors album that because of tragic events were rarely if at all performed live by the band with Morrison at the helm such as ‘L.A. Woman' and ‘Riders On The Storm'.
For me this is one of the towns shows of the year and if they are as good as back in 2012, Friday 1st December at The Zephyr Lounge will be a night not to be missed.

Find out more about the band on their website