About THE DIRT ROAD BLUES BAND

We don't yet know much about THE DIRT ROAD BLUES BAND.
Get in touch and we'll add some details. 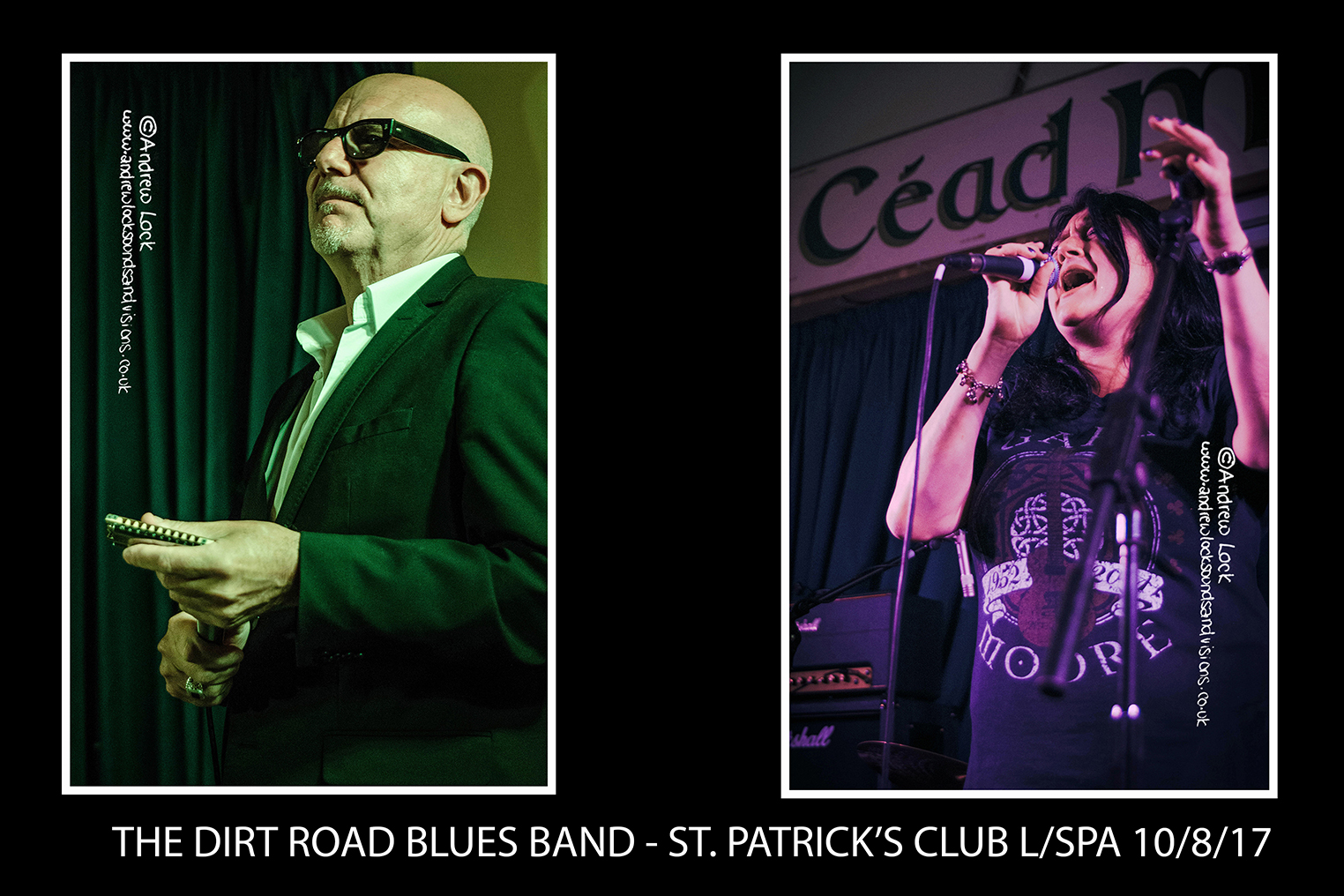 As soon as I heard about this new upcoming band from Steve Walwyn himself I was to say the least interested, for one it involved Steve one of my all time favourite guitarists and secondly it was a blues trio and I just love those blues.
The Dirt Road Blues Band consists of Steve (Dr.Feelgood, The Mosquitos etc) on guitar/vocals, Horace Panter (The Specials) on bass and Ted Duggan (Chevy) on drums and for this their debut gig they roped in three special guest musicians, harmonica player extraordinaire Mark Feltham (Nine Below Zero) and two outstanding vocalists Patricia Moore (sister of the late great Gary) and local lady Holly Hewitt.
The instruments on display were stars in their own right with Steve's wonderful array of guitars including a brand new baby, the long lost bass of Horace's that he recently found and bought at a secondhand store and Mark's collection of Mississippi Saxophones.
It was hard to believe this was the bands first ever show as the interplay and understanding between them was so strong throughout with the band on fire all set and the audience lapping up every second.
So many highlights over the two sets including the Charlie Patton number that gave the band their name ‘Down the Dirt Road Blues' which was a majestic slice of traditional blues, two rockers from Steve's solo album ‘Sweet Louise' and ‘Instinct To Survive' and a show stopping ‘I'd Rather Go Blind'.
Other crackers included their take on Chuck Berry classic ‘Tulane' and Patricia on vocals for a pulsating run-through a blues masterpiece famously covered by her brother Gary ‘Walking By Myself'.
Top musicianship all over the shop - Steve ripping out the solos, Horace and Ted a rhythm section to die for, the sublime harmonica work of Mark and the wonderful guest vocalists all combining to make musical magic.
It closed as Steve likes to close shows when possible with a tribute to his beloved Rory Gallagher, although this time not with the usual Bullfrog Blues but with a full throttle ‘Laundromat'
What a night, what fabulous music and what an incredible atmosphere, I so look forward to my next trip down the Dirt Road.