We don't yet know much about Steven John Birks.
Get in touch and we'll add some details.

‘Along The Tracks' by Steven John Birks 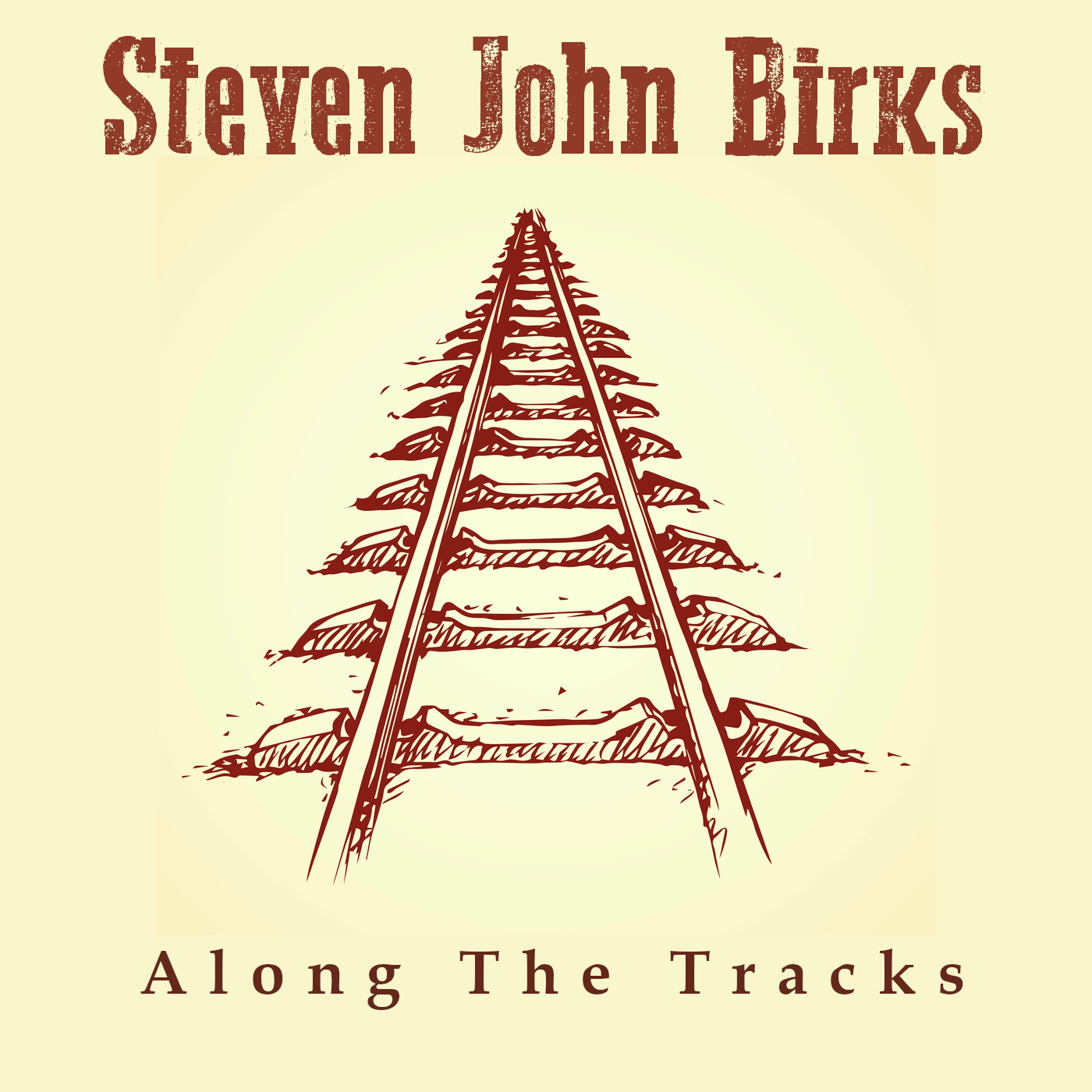 May I take the opportunity today to introduce you to the work of Steven John Birks? Unfortunately I'm jumping aboard the musical train of this Nuneaton-based singer-songwriter a little later than perhaps is desirable, as it is on the occasion of the release of his second album ‘Along The Tracks' (due out in January) rather than his 2018 debut ‘Long Time Comin' Round', but better late than not to have discovered his work at all I'm glad to say.

First of all, to cut to the chase, I enjoyed playing this album very much: perhaps that's odd on such a miserable day as the one on which I'm writing this, as Steven's vision tends to the bleak & downbeat, but maybe good music, whatever its tone & sentiment will raise the spirits….

There has been a sort of explosion of roots Americana in recent years (personally I consider that something very positive & it certainly appeals to my own tastes) and the quality has varied from high levels of integrity & authenticity to (as with all genres) some very saccharine commercial stuff (not my taste). For some reason (for which I'm thankful), Warwickshire seems blessed with quite a few examples of the very best of this sort of music (copious examples of which can be found within the pages of "Hot Music Live" and many tracks across the "Hot Music Live Presents" albums) and here we have yet another fine musician of this ilk. With such a vibrant local roots scene at the moment, the prospect of artists being able to support each other & gain extra momentum through more specialised gigs & festivals is exciting.

Not that Steven seems imprisoned within a genre pigeonhole: apart from appearances at roots festivals, he has supported artists such as Ash, Dodgy and Mark Morriss from the Bluetones.

He plays most of what instruments there are on the album (the sound is agreeably sparse): vocals, acoustic guitar, harmonica, percussion and tambourine and produced it himself in his home studio. The only outside involvement is from Phil Perry who provides electric guitar where appropriate.

As I say, the songs (of which there are ten: the title track, "Dreamcatcher", (not to be confused with the equally superb "Dream Catcher" by Pandora which appears on ‘Hot Music Live Presents Volume Four'), "Ship of Fools", "I Will Rise", "There and Back Again", "Last Train Home", "As the Whistle Blows",  "The Curse of Matilda", "Keepin' On" and "Waiting for the Moment"

I am no fan of picking out favourite tracks & the task is beyond me on this album as the quality & impact is so consistently high throughout. Possibly the title track or "There and Back Again" may be the ones which get released as singles or get selected for airplay, but really they all could merit either.

As I say, the tone is sparse & sombre, with a very strong train motif running all the way through. People tend to be lonely, pining & being stoical & the frequent keening harmonica sets the mood perfectly. Despite the unity of vision, the songs remain distinct & memorable & given how many of us are hemmed into our own premises at the moment, the lure of the open prairie & desolate empty spaces which Steven evokes so well is alluring: the length of the songs too helps in this fashion, though no track outstays its welcome. He even sounds American in his singing.

I hope the album does well but I especially would be interested in catching this excellent artist live in 2021 & am so pleased to have discovered him. I hope you will be too.