We don't yet know much about Sam Powell Blues Band.
Get in touch and we'll add some details.

Sam Powell Blues Band at the Party in the Dell 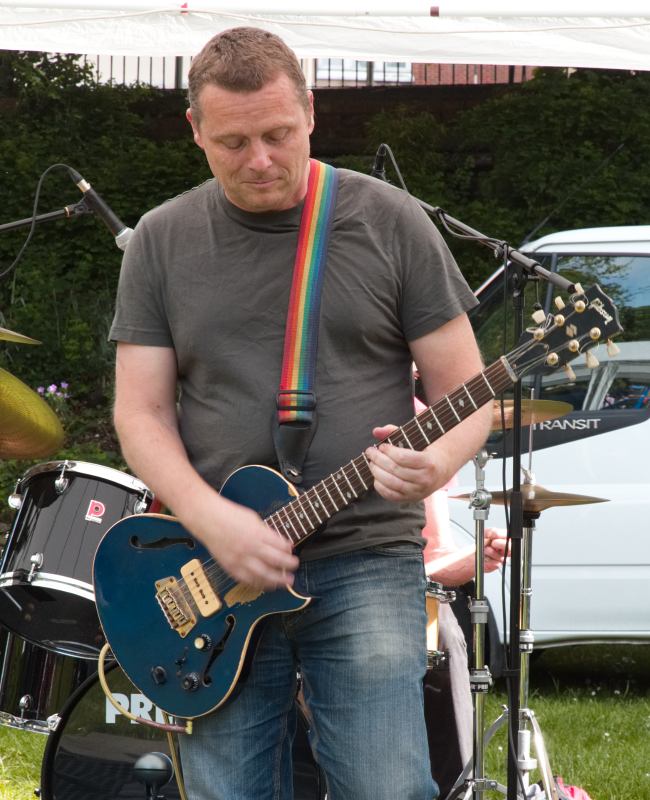 1 of 4
The Party in the Dell is a fabulous intimate community event at Leamington's Dell Park. Performing here are the boogitastic Sam Powell Blues Band with attitude, authenticity, and a touch of class. 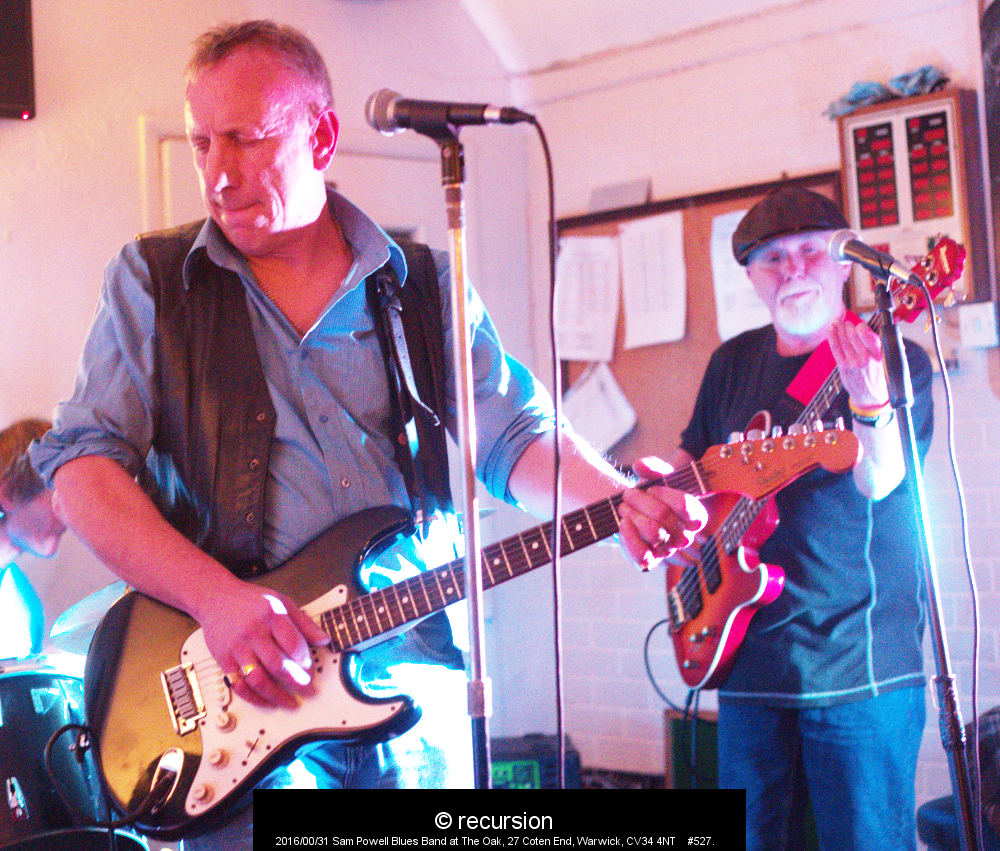 1 of 12
So there's at least a foot of breathing room between the closest jiving couple and the band. Meanwhile, everyone who has enjoyed a pint or two of the Oak's finest manages to limbo elegantly between Swanner's battered Blues Hawk and Sam Powell's weaving mic stand towards the loo behind the stage.

Yes, it's blues night at the Oak and the boys are well into the authentic sounds of Jimi Hendrix, Stevie Ray Vaughan, and Jimmy Reed. It's gritty, authentic stuff with an irresistible groove and plenty of pyrotechnics. Stand out tracks: Pride and Joy, raw and pushing the tempo nicely; Good Night Eileen, sweet but not sickly; Red House with Chris Jones singing octave lines against his bass; and Killing floor, taut and dangerous.