River of the Dog

About River of the Dog

We don't yet know much about River of the Dog.
Get in touch and we'll add some details. 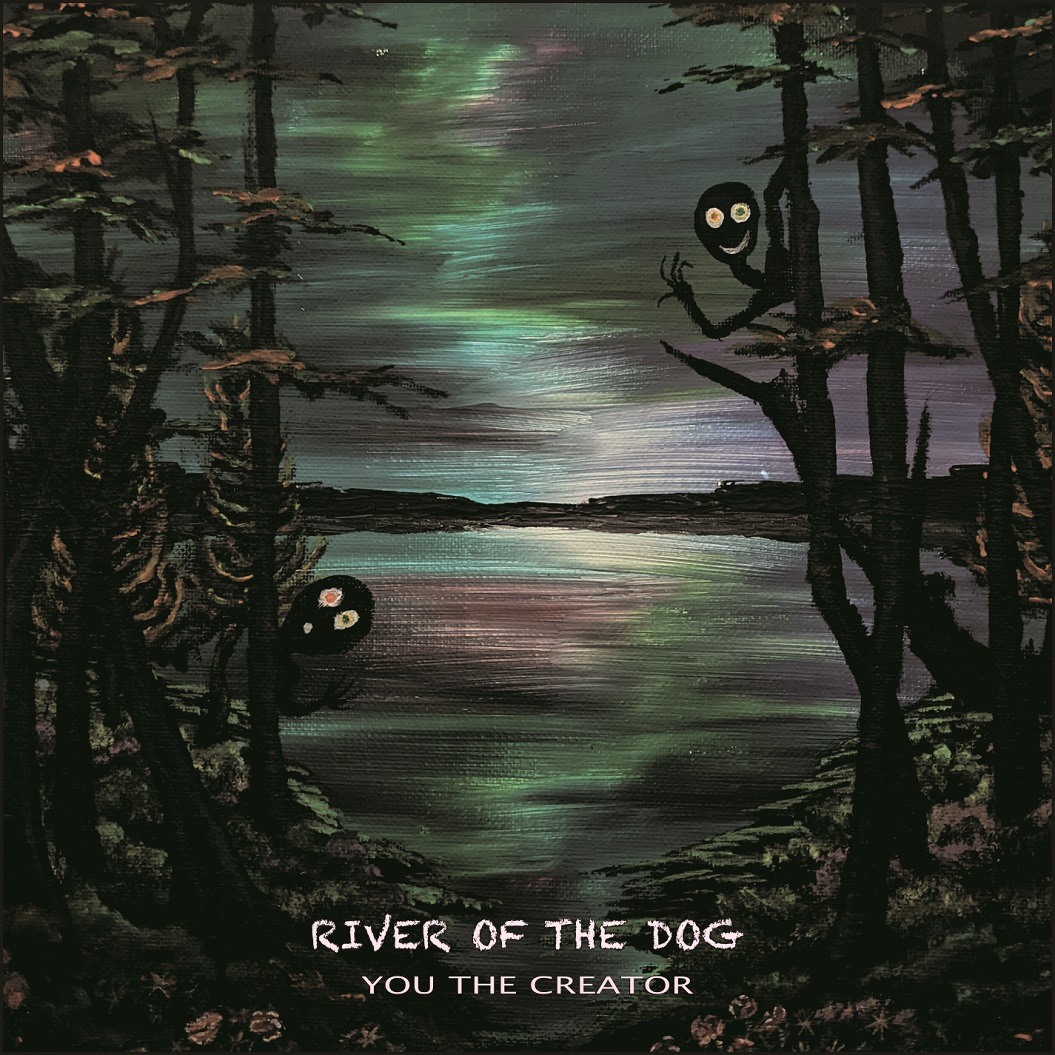 Good news from River of the Dog who on 29th of this month are releasing a brand new single entitled "You The Creator"  (hopefully you'll remember their previous release, "On The Come Down" which we reviewed for you in February last year and which also appears on ‘Hot Music Live Presents Volume Three').

Last time out, River of the Dog comprised band founder & conceiver Callum Mckissock with the assistance of Alex Eardley-Scott on lead guitar. For this release, Callum (who provides vocals, drums, cowbell, humming, electric & acoustic guitars) is joined by Alycia Malta on bass and Stuart Mckissock on lead electric guitar. Fans of our local music scene may thus spot a clear similarity with lineups of Brass Hip Flask and it will be most interesting to see how both bands run along  parallel tracks

If "On The Come Down" was a stunning debut (and it was), I doubt if they would approach a song in quite the same way under current circumstances: a chilling & acerbic song, it worked really well but it's not the sort of vibe which chimes with our pandemic experiences. "You The Creator" is not a direct COVID19 response as such (if you want that sort of thing, check out the Brass Hip Flask song "Disrespect" on  ‘Hot Music Live Presents Volume Three', though there is a little hint in the line "..a world that is frozen" in this current track), but it does offer an oblique look at the artistic process in a sympathetic yet clear eyed way. As Callum puts it, the song "…is a commentary on what artists are really making when they produce art and how that world is viewed and criticised by the artists themselves rather than seeing the beauty within it, mistakes and all." How many people we write about can this apply to? It is also worth mentioning in the context of this theme that the cover art is an original piece by Callum & Alycia.

Consequently, the song is considerably gentler in musical tone than its predecessor. Although adhering to the same skewed sonic approach & twisted processing to create a contemporary & fresh sound, the mood is gentler & contemplative: think of Pink Floyd in terms of material like "Grantchester Meadows" and then fly in elements of Callum's beloved blues and press the "2021" filter button on your console. In fact the track shimmers & shifts along its whole axis (credit to Chris Field for the mix which enhances this) & so hard is it to pin down that maybe this continually morphing style is going to emerge as the River of the Dog trademark once we have more examples to judge by.

At any rate, in a mere two releases, the band have already demonstrated admirable range. Given the interesting juxtaposition of rooting yourself in a musical traditional of considerable depth while utilising such an innovative approach to what they end up sounding like, it seems very clear that the future for this comparatively new band is very exciting. 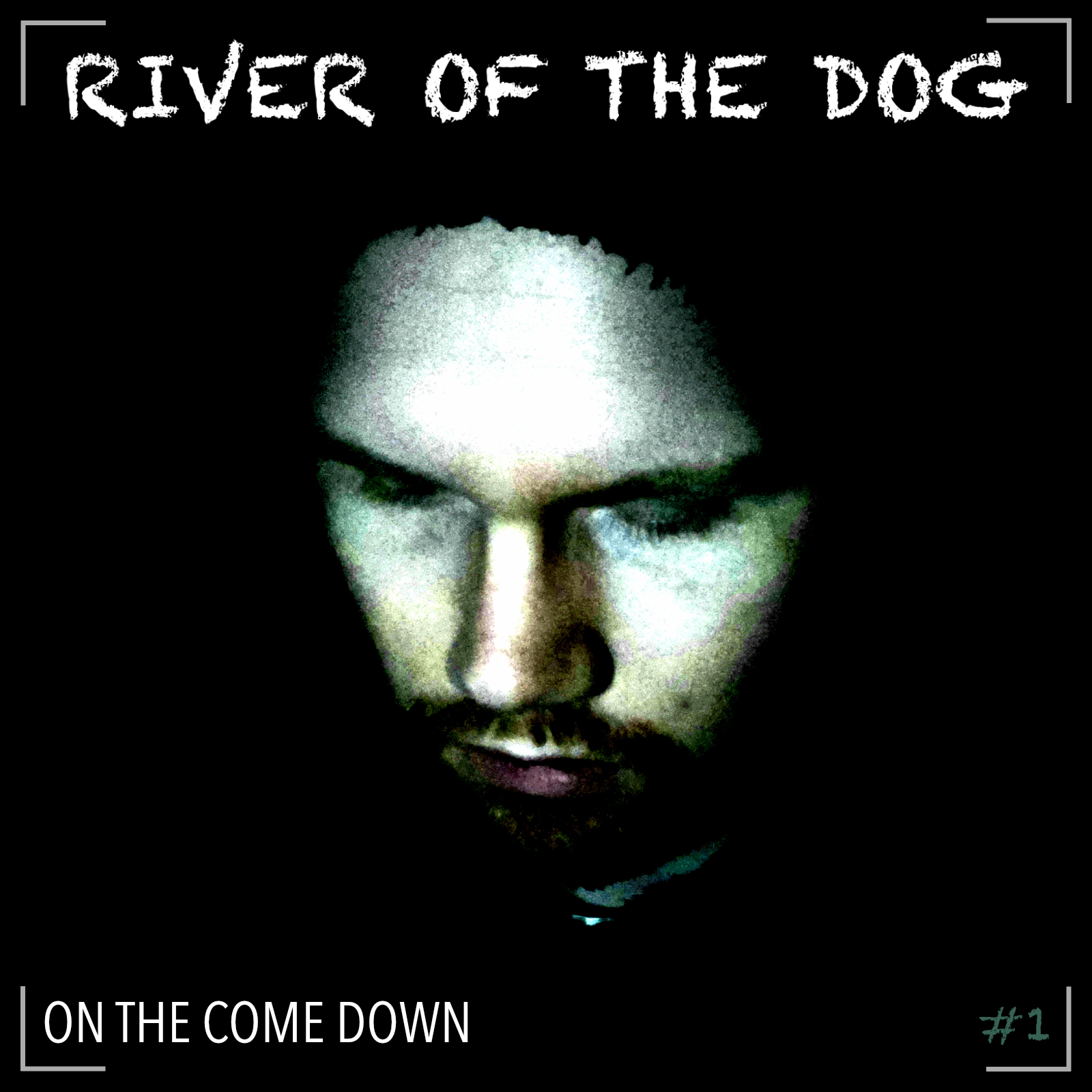 I must admit to being a little low when I woke up this morning. Partly due perhaps to a personal event from yesterday & partly due to national news you'll not want reminding of.

I hope you'll be glad to hear that this has since been significantly offset by hearing some really top music from Coventry & Warwickshire artists: the more so since although both sets were projects I was fully aware of being recorded, I wasn't expecting to hear either just yet. So big, pleasant surprises.

One lot I'm afraid you'll have to wait a week to hear my review of. Although I delight in hearing previews of splendid music & yearn for you to share my joy, I also understand that many artists have clear concepts of how they wish to handle promotion of new material: it'll be a nice surprise for you next Saturday.

The second, perhaps even more surprising (given that I think the production process was swifter than  even its creator anticipated) revelation was being able to hear the debut single by brand new band River of the Dog, namely "On The Come Down"  which is released on the 29th of February. I'm privileged to be what I imagine will be their debut reviewer.

If you read my last review of Brass Hip Flask, you'll be aware that sadly, at a moment when that excellent band are doing so well, founder, writer & multi-instrumentalist Callum Mckissock is having to draw aside from most participation apart from recording their album & the subsequent launch gig, for health reasons.

As much as this will have disappointed their large number of fans, this does not mean that his talents are lost to us, just that he has had to adjust & create his music via a means which does not commit him to the large amount of live playing which the success of BHF demands.

This route has emerged as being River of the Dog & on this first release which he wrote, produced, sang on & played rhythm guitar, bass & drums, he is joined on lead guitar by his old friend Alex Eardley-Scott.

"On The Come Down" doesn't entirely depart the Brass Hip Flask love of the blues, though it would be fair to say that they are filtered through a heavy duty rock approach (Callum aims to explore a wide range of styles of rock in the project). Doom laden, swampy even, the music matches the lyrical preoccupation (sorrow, hard roads, pills etc) effectively: since the latter are delivered through layers of processing, we certainly get the full effect of a hangover or something very similar to one. Proceeding at a relentless though not necessarily fast rate, thunderously intense instruments (all played as well & as tastefully as you'd expect) bounce off each other like bodies in a mosh pit while the superb lead guitar cuts through in a more rapier style. You won't necessarily choose this one for your chill out playlists, nor perhaps even to psych yourself up for a night out. You might not even select it to cheer yourself up when down. But if you compile a mixtape of powerful medicine songs, this should appear on it. Providing you want something apocalyptic at any point in your day.

River of the Dog have their debut album 'Long Night' coming out in June 2020 & no doubt we can anticipate the diversity of rock styles they have planned within it.

Although as I have said, the project cannot be a frequent live phenomenon, you can catch them playing at the ‘Sent 2 Coventry' event for Coventry Riders Action Group between 17th-19th July at Barkers' Butts RUFC and for this & other similar gigs, Callum & Alex will be joined by Alycia Malta on bass guitar.