We don't yet know much about Reef.
Get in touch and we'll add some details. 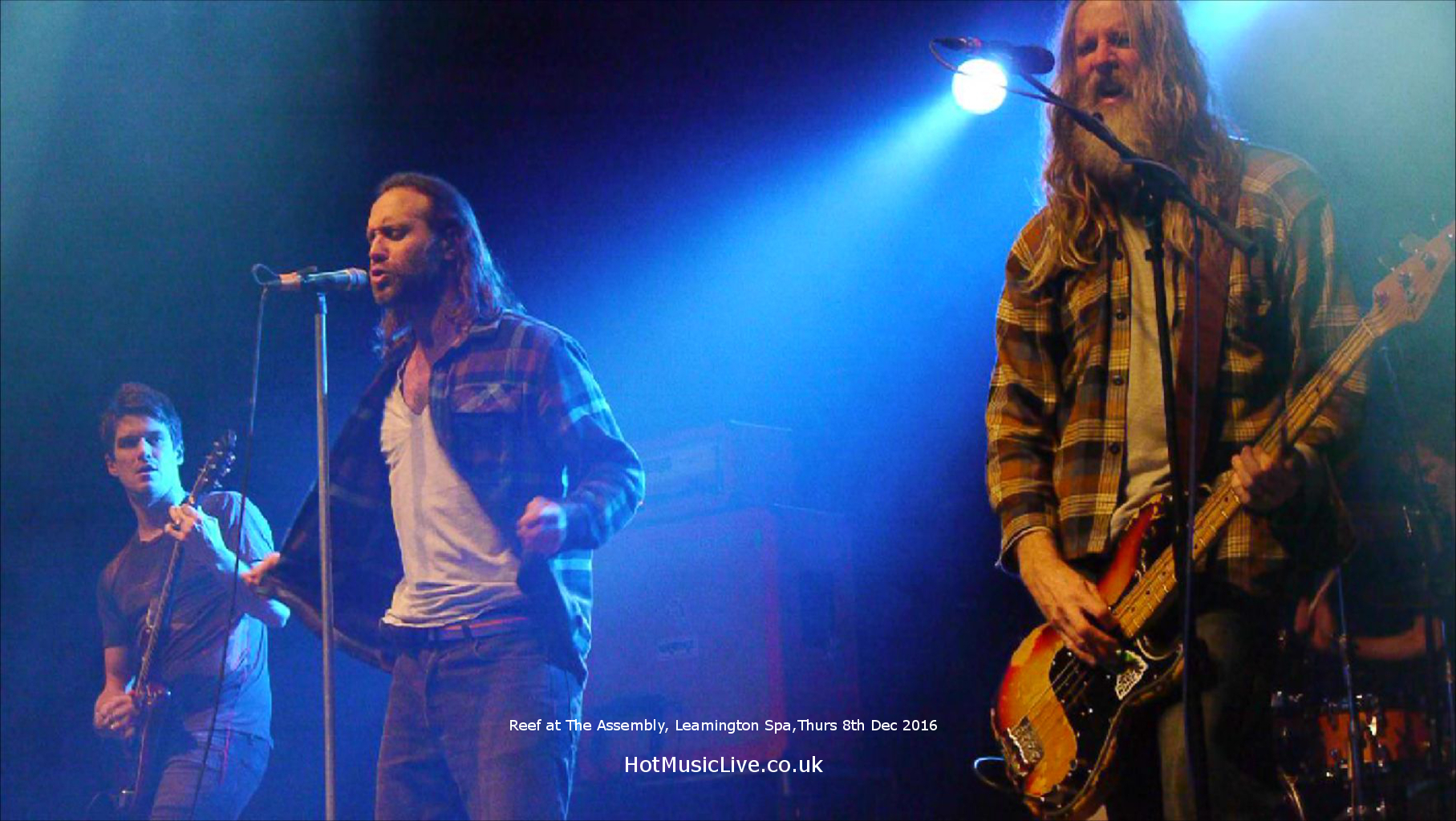 OK, who remembers Reef appearing on TFI back in the mid 90’s? I do. I also remember being completely blown away by them. Well, I reckon they're back, with a sound that's even bigger and better than back then!

The performance started with a thumping solo bass drum beat. The audience, now filling the room, were right on the ball, "one… two… one, two, three, four", then boom, as Jack’s bass signified lift-off! As you would imagine from a Reef gig, there was plenty of energy in the performance, in every sense the word. It wasn’t long before Gary and Jack threw off their heavy checked outer flannel shirts as they strutted around taking command of the stage, Gary belting out the vocals one number after another, his voice not faltering once! The first four songs saw the energy levels build, and then drop briefly while they gave us "Consideration". This song starts gently and builds - the audience ultimately providing backing vocals, "... it’s gonna be alright, it’s gonna be alright ..." led by the ladies on the front barrier immediately in front of the band with their arms raised in the direction of the band, providing the inspiration for Gary to effortlessly reach the high falsetto that the song finishes with. This is what live music is all about! The crowd enjoyed the moment too and gave the band an extended applause more fitting for the final song, not the fifth one in! The band were obviously touched too as Gary came to the mic to thank the crowd, followed by Jesse announcing, "You guys can f***ing sing can’t you! You’re the best yet!". Another 14 or 15 songs were still to come, including my personal favourites, "How I got Over" (their version of a classic gospel song), "Summer's in Bloom", "Yer Old", plus a few new songs that will appear on the new album (promised for release early next year), and, believe it or not, "Paint It Black", at which point I had a quick scan of the audience to see if Jesse's old-man was in the audience. I think he missed a top night, top bands, a top venue, but most of all, a top audience! Nice one Leamington!

(You can read more about Reef and their tour here: http://www.hotmusiclive.co.uk/article?article=1307 ) 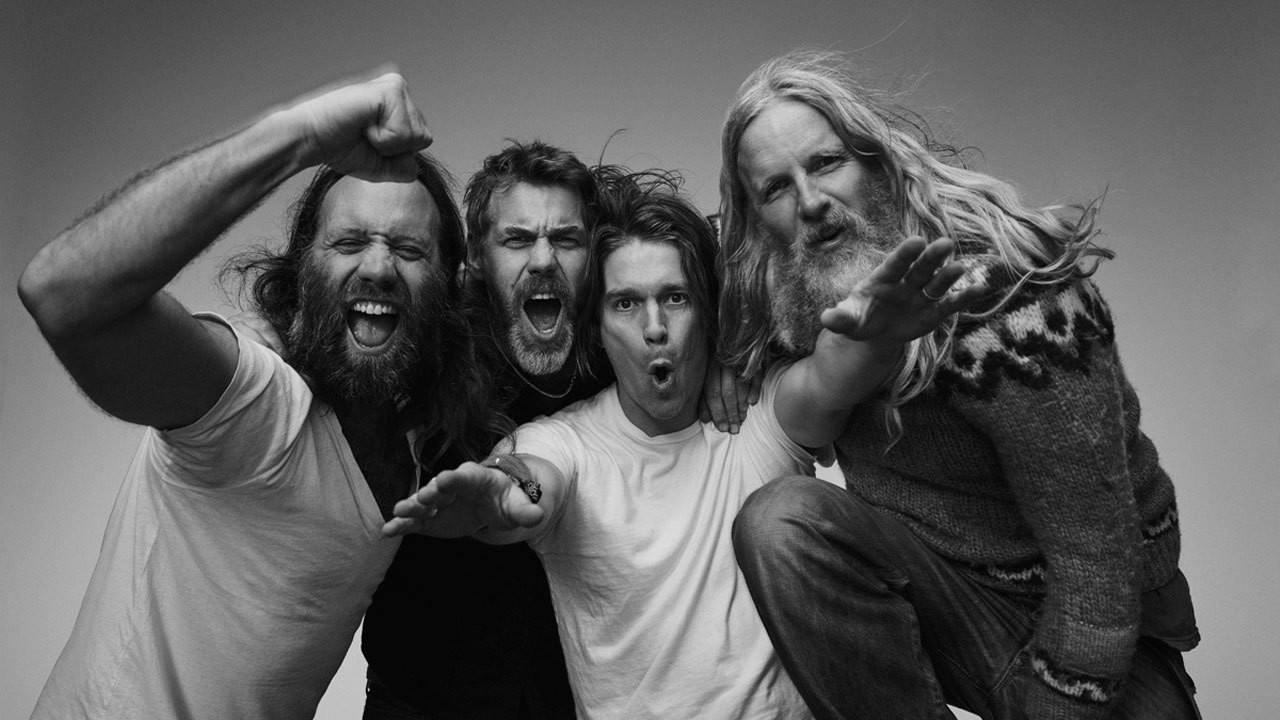 Yes, you did read that right, Reef will be at The Assembly on Thursday, December 8th! Here's the official press release...

Legendary British soul-rockers Reef are touring the UK with a renewed impetus thanks to new guitarist Jesse Wood (The Ronnie Wood Band/Faces). Announcing their rebirth with a typically sun-kissed single and audacious live album, the band unveiled a cover version of Aretha Franklin's gospel hymn ‘How I Got Over' in March 2016.


This preceded the release of ‘Live At St Ives', which was recorded last October during two shows at St Ives Guildhall. With the new single, live album and extensive UK tour in the pipeline, a revitalised Reef have also started work on a new studio album, their first since 2000's Getaway.

Reef recently made a guest appearance on the newly resurrected 90s hit show TFI Friday, where they performed an acoustic version of Place Your Hands. The song was also the subject of a segment on BBC TV's The One Show in November, where Carrie Grant interviewed the band to discover the story behind the track, now an acknowledged 90s classic.

Formed in Somerset 1993 Reef were quickly signed to Sony imprint S2. They went on to release four studio albums, including 1996's million selling No.1 album Glow, and a greatest hits album before disbanding in 2003. Their hiatus came to an end in 2010, when they were tempted into reuniting for a short tour. When the tour sold out almost immediately it gave the band the belief to keep going, and Reef have toured annually ever since. In 2014 Jesse Wood replaced original guitarist Kenwyn House after he decided to leave Reef to focus on his other band, Goldray. Formerly of the Ronnie Wood band/Faces/Red Racer, and a long-time fan of the band, Jesse has given Reef a fresh impetus with his enthusiasm and energy.