We don't yet know much about Project Blackbird.
Get in touch and we'll add some details.

‘If This Is the End' by Project Blackbird 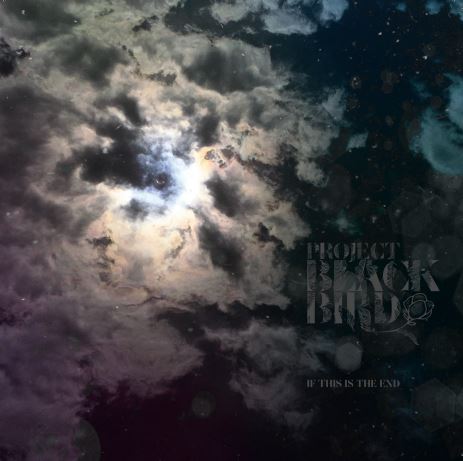 I was always a fan of the band Bluebird Parade: a very eclectic and versatile six piece band whose combined talents were able to create all sorts of interesting & varied tracks. However about three years ago, band founders Ming Nagel  (who wrote the band's lyrics & sang them) and multi instrumentalist Jon Read  (probably best known to readers for his trumpet work with The Specials etc)  decided to evolve the group into something else entirely, namely Project Blackbird. They added multi-instrumentalist Jamie Varley and guitarist Alan Roberts but kept the new lineup lean & focused on a darker sound with a particular use of more electronic instrumentation.  Clearly not only was I intrigued by this development from artists I respected but it's worth also paying tribute to both Ming & Jon for their support for our "Hot Music Live Presents" project via their "Monday Night Ride-Out" show on ExileFM.

The purpose of this piece however is the release tomorrow (11th March) of the new Project Blackbird album ‘If This Is the End' (the follow-up to 2018's debut 'Endurance'). Adding a fine array of guests to the core lineup (starting with the very Special Lynval Golding plus Dave Tidmarsh, Hari Trivedi, Luke Moore, Russ Coleman, Su Robinson, Tim Smart, Harry Stannard, Lee Spreadbury, Daphne Tucker and Benjamin Dady), although much of the production was at Four Winds in Burrough on the Hill and Zephyr Studio in Leicester overseen by Dave, Jon & the band, necessarily some of the parts had to be recorded remotely and flown in, as so many recordings currently are.

Comprising a generous thirteen tracks (I imagine the band aren't too superstitious), ‘If This Is the End' is generally a big step away from Bluebird Parade in most interesting ways. The mood is more sombre in broad terms & there has been a shift away from poppier vibes to more contemplative ones. However the darkness is more in the sense of sound & tone than in Ming's quite uplifting & optimistic lyrics: she seems to be acknowledging some of the sadnesses around us while offering escape routes for us to consider: and in the process allowing herself to explore cool (in every sense of the word) vocalisations which draw their power out of profundity and without need for haste or showboating. Her sympathetic, humane & understated singing being a key thread binding the collection of songs into a whole.

Where the album really scores is the sheer complexity of each individual song. Though the core band is stripped down, what one actually hears is a collage of so many sounds provided by each of them plus the obviously carefully selected guests that the only option is repeated plays (never a bad idea for a band to set up!), during each one of which new subtleties & nuances catch your ear. Most instruments drift in and out of the arrangements, never out staying their welcome and adding powerful touches & textures as required. Given the leadership of a trumpet player, that instrument is far from dominant: indeed although it often appears out of nowhere, equally it is one of the elements one hears only on subsequent listens (a personal favourite though was his Miles Davis like flugelhorn on the instrumental "The Archivist").. I would say however that I appreciated the regular tasteful guitar passages which again add much in terms of quality but seldom last long.

Every track is beautifully crafted & worthy of an essay in its own right, but were I to do that, I'd be depriving you of many of the surprises I delighted in, so I'll focus on a few to get you going:  firstly on the track with the most obvious star quality "Shake These Trees" featuring Lynval Golding. Many songs with guests of such celebrity tend to stand out to the point of overwhelming albums and creating tracks out of step with the rest of their parent sets. If I feared this here, or wondered how a vocalist with the approach Ming was bringing to the other songs could duet with one so usually exuberant as Lynval, then I was totally reassured. I've never heard him sing quite like this, understated,  very much in tune with the melancholy in Ming's voice & absolutely perfect for the song.

The extraordinary "I Name My Mind and Throw it Treats, Hoping it will Become Tractable" is another one which may emerge as one reviewers cite as a standout (if one can find one such among a set this consistently excellent) and in this case I'm not going to say much more in detail about it but insist that you check it out personally & without delay to see what I mean.

The exquisite "Laissons Cela Entre Nous"  already has a well received video to accompany it (check it out at https://www.youtube.com/watch?v=NelhmznQC0o) and if I had a favourite from my first pass through, (though "Handle of the Spade' could well move you to actual tears) it might be this one: despite the partial French lyrics, what struck me was the eastern flavour to the melodic structure & in truth you can perceive the influences of so many cultures throughout the entire collection & I dare say I have more yet to discover myself.

And I think that is a key to ‘If This Is The End': it's not a finite album to grasp in one go as much music is (and that's not necessarily wrong) but the record of a journey you accompany Project Blackbird on: one with no predefined length either.  Personally I look forward to exploring it with them for a good time to come.

It's difficult not to equate this journey to the one all of us are still on together. I am all too aware how many of my reviews in recent months have sought to link songs to the pandemic experience, but I feel on fairly safe ground here: the lyrics (like all good ones) are not overly specific (although a couple of them do relate directly to personal losses) but I think work allusively throughout to capture the obvious negative emotions & experiences while looking ahead with a general sense of hope & completely underscored by the musical settings in which they sit.

This however is universal music for all times: it is so damn good, so crafted with love that it ought to impact just as much in years to come when I'd like to think current circumstances are behind us. Sophisticated music, (which my humble words can do only a little to reflect), for sure, but music which hits home in the heart none the less.