We don't yet know much about Ollie Bond.
Get in touch and we'll add some details. 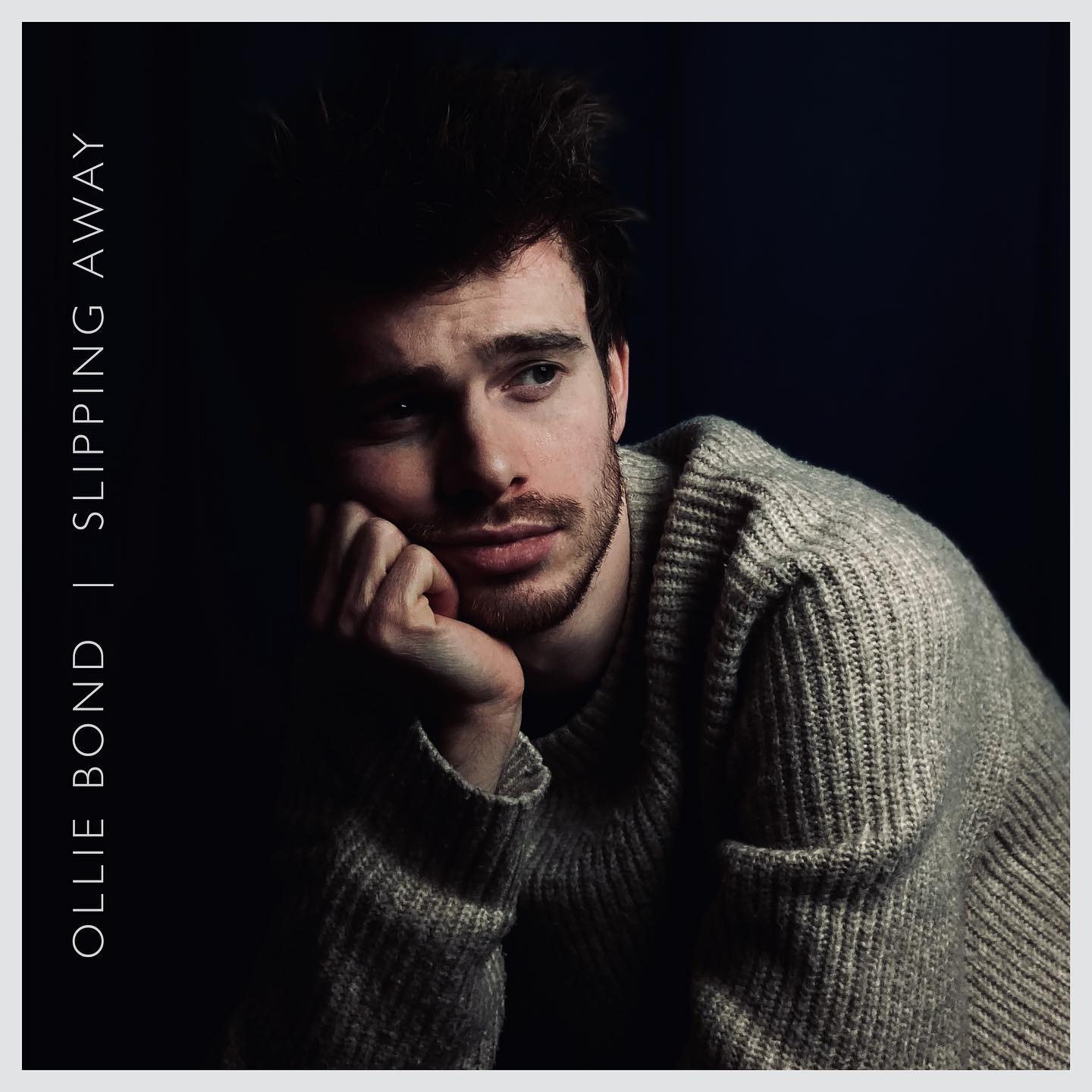 I'd like if I may to share with you news of "Slipping Away", (madstered at Abbey Road no less) the first new Ollie Bond release since his "In The Darkness" in March 2021: though given his "day job" as a doctor, I think we can understand what else he has been up to during those months.

As it happens, the song itself seems to be addressing a health issue: of a mental variety.

Like its predecessor, it's more sombre than not: serious yet compassionate, sung from the perspective of one who has suffered from mental ill health, trying both to evoke the experience (as best anyone possibly might) to another while also expressing gratitude for  support & understanding given during that time. Nevertheless, despite all this, the narrator feels that his lover ultimately cannot understand the depths of his illness truly and that its impact upon her will over time prove so great that she will be unable to cope any longer, despite her best intentions.

Thus the song comes across as a desperate last attempt to explain the unexplainable & make a plea for continued support, while acknowledging that he understands why in the end a breaking point may be reached.

Consequently you get an accumulating succession of powerful & imaginative imagery as he desperately tries to nail the one analogy which will best capture his plight (and this makes the point implicitly that mental ill health has nothing to do with cognitive attributes such as intelligence nor poetic skill as both are displayed in abundance) yet ultimately the sense of   helplessness and anticipated failure imbue the song. I think ultimately he'd rather suffer alone than hurt another.

This terribly sad & terribly poignant song is a testament to Ollie's values as well as writing skills & despite the story, is a beautiful listen (although it's hard to ignore the message to be honest).

In true Ollie style, the song starts sparsely (and that is completely appropriate) and builds up to create different dynamics throughout its duration: this time with a piano base which accentuates the pathos. The other parts & harmonies which enter later do not, on this occasion take the song elsewhere: they are handled with much discretion & sensitivity and add interesting new textures without for example increasing the volume much: and again I am sure that's the right touch.

This is excellent music but it goes beyond that as it touches to the deeper parts of listeners and demonstrates understanding of others. It struck a chord with me & think it will with many others.

Where it sits with its own composer, I'll leave to Ollie himself: "Slipping Away is a song about the hesitancy in current society about opening up about mental illness. It takes the position of someone in a long term relationship worrying about pushing their partner away by opening up about their health, and in the process letting their thoughts run wild and worrying that the relationship is over. This is definitely the song that means the most to me, and it made it even more special for it to be mastered at Abbey Road....." 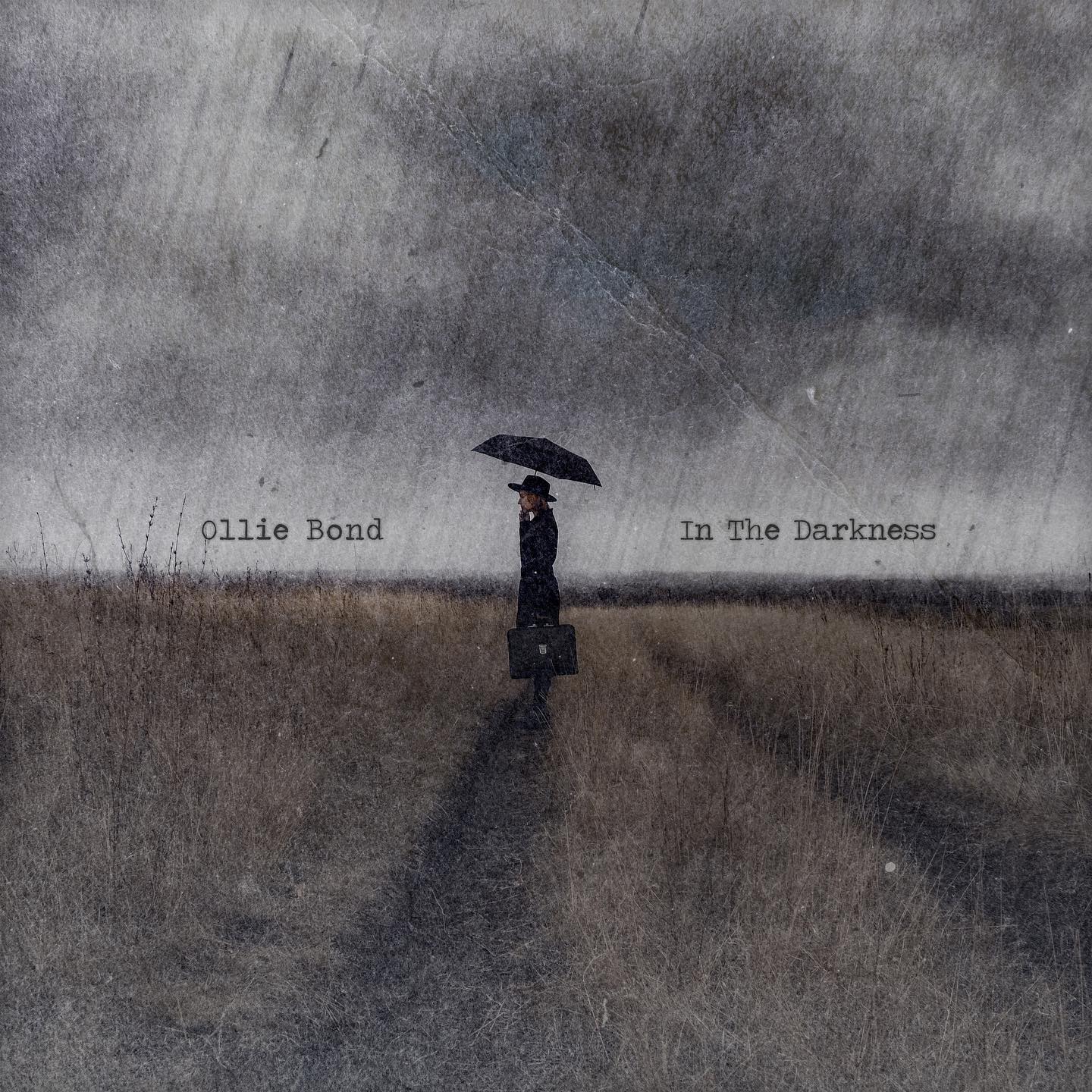 Ollie Bond is one of those talented artists who seems capable of swerving the "quality/quantity" debut by releasing very high quality singles at a rate which can be tagged as "prolific. Thus we have the follow up today to December's  "We Still Have Next Year" , namely "In The Darkness": though the gap of just over two months is somewhat longer than the previous one of only three weeks between "Ready" and the former.

If "We Still Have Next Year" was a fairly optimistic look forwards, "In The Darkness" is a much more sombre affair (the title has probably already tipped you off to that). Taken at a more stately pace than any of Ollie's more recent songs, it allows him to stretch out the words in his lyrics as well as use space between them to good effect: which is an effective showcase for aspects of his vocal abilities not necessarily captured fully on record before.

As with all his work, the music is melodically original & the arrangement his trademark apparent simplicity augmented by tasteful additional touches by a range of instruments, leaving focus clearly on the singing & the tune.

The theme, though as I have said sombre, is not however necessarily dark: it is a song of intimate moments & solitude and once again I may be making a leap I'm not really entitled to do in terms of seeing within a personal lyric a much more universal comment on how people generally may be coping (or not) with disconnection from each other, but even if that's not quite what Ollie had in mind in writing "In The Darkness", it seems to work as such & I appreciate the empathy & sympathy accentuated by the lovely melody. 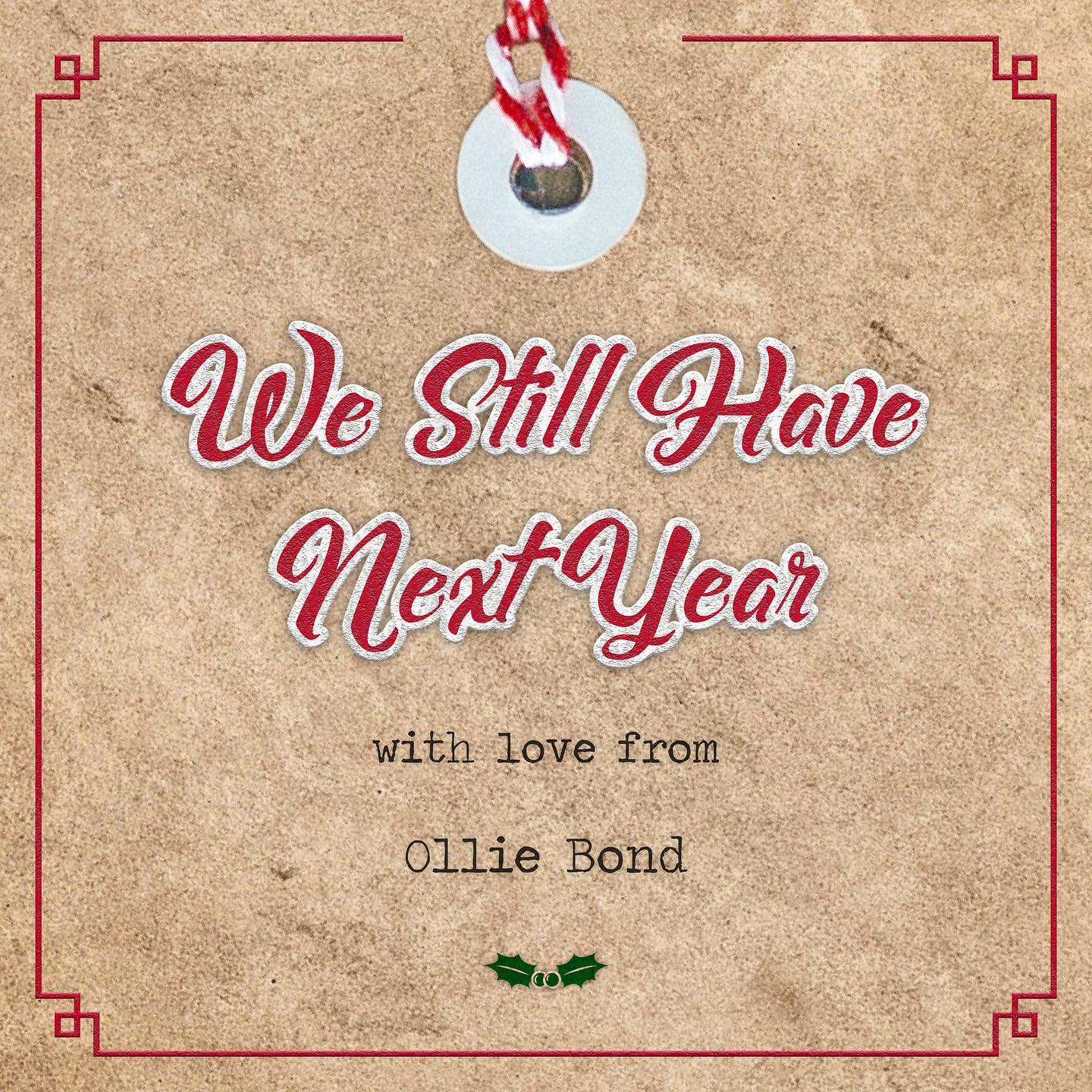 A mere three weeks after I reviewed "Ready" by Ollie Bond, here the man himself is back again with his more seasonal release, "We Still Have Next Year" which is out today.

This intriguing offering is difficult to compartmentalise (thankfully). Yes, it's seasonal (the cover art confirms this before you even hear the lyrics) and the words repeatedly reference Christmas & its trimmings. However it is difficult not to read into the apparently personal message a much broader one, aimed at us all: the whole of humanity affected by the same circumstances currently. It's a strong thing to say, whether to an individual or globally: acknowledge the present sadness yet also recognise it as transitory & look forward hopefully. Good writing.

Equally, though, many artists quite understandably issue Christmas singles as standalones, sitting rather separately from their general body of work & the themes they tend to focus on,, "We Still Have Next Year" actually slots nicely into the run of elegantly crafted singles he has created for us in recent months such as "Ready", "Emilia" or "I'm Not Coming Back". They all feature aspects of regret & the idea of travel repeatedly crops up, as it does again here. It is indeed possible they all form part of a song cycle. If not, they do a fine job of appearing to do so.

The music matches the sentiment: another low key, yearning ballad with Ollie's trademarks of an apparently simple accompaniment throwing attention upon the words and his vocals, yet on repeatedly plays revealing nuances of variations & additional instruments adding neat touches of emphasis (there seem to be strings on this one).

A classy Christmas single. It may bring a tear to your eye too. 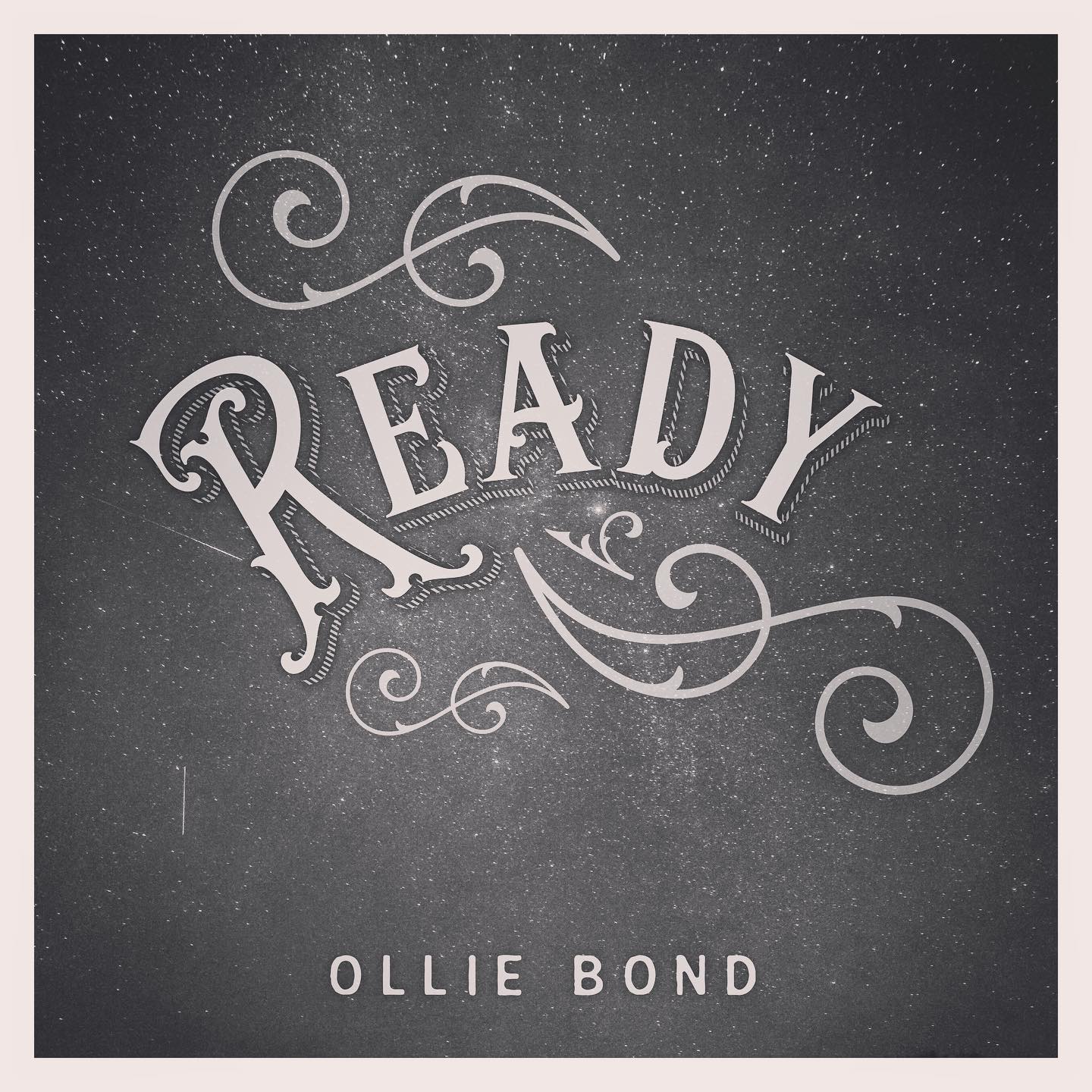 I suppose that by now I should be used to how Ollie Bond is managing to create, record & release so many high quality tracks despite the current situation & the demands it has placed upon him. Since September we have had "Emilia" and not one but two versions of "I'm Not Coming Back" (band and stripped back). No he definitely is back once again & it's with his new single, released a few hours ago, "Ready", which can be heard at https://open.spotify.com/track/61gVzXQxxLd0m0RGnb5HqD

Ollie is primarily a solo artist live (albeit when live performance is a real phenomenon) and so his material tends to be played with just his acoustic guitar & voice (and which no doubt shaped his decision to release an acoustic version of his last single) which is fine: all his pieces are beautifully crafted and stand up in multiple alternative arrangements: they do not require any production subterfuge to mask inadequacies of composition nor performance.

Nevertheless, Ollie seems to be spending 2020 exploring new arrangement possibilities for his music: at one extreme this gives us the very full and powerful version of "I'm Not Coming Back" which was pretty much a complete band, and at the other we get a more discrete set of options wherein interesting new sounds are woven in to create interesting textures & tensions. "Ready" is a fine example of the latter. A gentle & intimate song directed at a lover, the essence of it is as usual the voice & what it is saying (Ollie's lyrics always come across as very genuine & personal), but the impact of what he is singing is certainly amplified by the detail your ears hear, almost subconsciously at times, going on behind him. With such an approach, identifying them can be tricky, so subtle is their deployment, but I feel reasonably confident that I spotted several distinct guitar parts, including slide (a hallmark of Ollie's recent tracks has been layered guitars) and a banjo.

As I have mentioned in previous reviews, Ollie is very good too at using the tools of instruments, their use or non-use & variations in volume to offer changes in the dynamics of the song to offer us emotional & aural refreshment throughout its length.

His tracks are frequently love songs & this is no exception. I have no idea whether there is some sort of arc to his 2020 writing, but I do detect an increasing intensity to what he is expressing in each successive one & the rather sultry "Ready" tops its predecessors in this respect. It all makes one wonder what he'll offer us next. 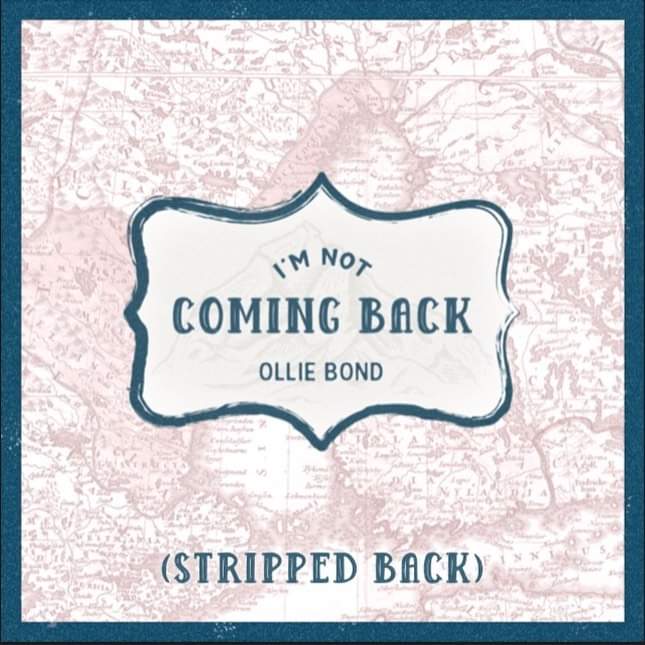 If you enjoyed the most recent single by Ollie Bond, "I'm Not Coming Back" which was reviewed in the magazine last month, then you'll be pleased to hear that he is releasing a "stripped back" version for us to contrast with the very full arrangement of the original release.

If, like me, you enjoyed "Safe With Me" by Ollie Bond  on ‘Hot Music Live Presents Volume Three', you'll be as pleased that despite the ...
[1 image] END_OF_DOCUMENT_TOKEN_TO_BE_REPLACED

"When I Went Away" by Ollie Bond

I find myself mentioning ‘artists on a roll' increasingly frequently these days: not every artist works to the same pace & lord knows many ...
[1 image] END_OF_DOCUMENT_TOKEN_TO_BE_REPLACED

"Safe With Me" by Ollie Bond

Hopefully, I do try to capture the best of Coventry & Warwickshire music (or at least such as I encounter) in my reviews but from time to time ...
[1 image] END_OF_DOCUMENT_TOKEN_TO_BE_REPLACED