We don't yet know much about Never Apart.
Get in touch and we'll add some details.

"Sick of It" by Never Apart 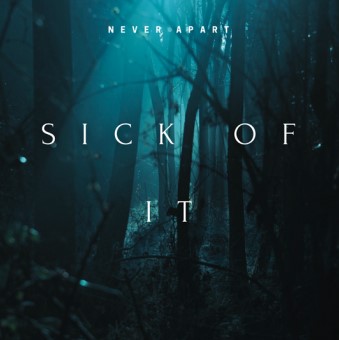 Fresh to "Hot Music Live" today is Coventry band Never Apart whose new single "Sick of It" came out today, following their previous releases "Damaged" and "Hold On Hope"

Performed by Alice Clarke on lead vocals, Rhys Scott on rhythm guitar, Nathan Gummery on bass, Ben Ollis (lead guitar) and Louis Bailie (drums) although Louis has since left the band, the track is a group composition and was mixed and mastered by Jay Shredder of SLL Studios.

Thankfully you won't have to take just my praise for the band as Ace Ambrose (lauded herself frequently in the magazine) has gone on record to call them: ".. a female fronted force of nature, an absolute powerhouse. Al is a wonder woman with a voice that refuses to be silenced: she's quickly becoming a pioneer for young women in rock…" which is praise indeed considering its source. And a set of conclusions I'd not argue with.

For Never Apart made an immediate impression upon me (though I wish I'd picked up on them earlier: mea culpa). Yet another to add to the list of original & individual voices within local music at the moment.

A very powerful & compelling outfit, the band can deliver some potent metallic fury, yet they can transcend the expectations of that particular genre as "Sick of It" proves with tasteful dropout to leave Alice's voice as the main (and occasionally only) focus: to great effect both for the quality of her voice (which oozes confidence and articulacy) and to ensure you get the full benefit of the effort put into the lyrics.

And the words are worth your attention: a personal testimony from the singer concerning "…the breakdown of a relationship. The constant battle and struggle against fighting for something that gives nothing back.." and interestingly, considering my feelings about the confidence of her delivery & projected persona in the song, "…a personal struggle against constantly not feeling good enough - but not being able to give up".

The evidence here rather suggests a battle fought yet ultimately won: a look from the perspective of hindsight, what hasn't killed her has made her stronger.

What I especially appreciated about the arrangement was how the instruments evoke this struggle: they build vivid tensions & contend with each other: the sense of a mighty power constrained & threatening at any moment to break out & maim all in the vicinity is palpable.

The band obviously like writing riffs & are very good at it, but what also needs to be said is that they have a effective sense of how to support a good song (as "Sick of It" undoubtedly is) and the knowledge of the importance of NOT playing at certain points being as important as what they do play. I always appreciate musicians who serve the song & not their own egos.

This band genuinely excite me & I'm sure they will work a similar voodoo on you. I've already added them to my ever-growing list of artists I need to catch live. This group are going places.

Check out the video for "Sick of It" too at : https://www.youtube.com/watch?v=eOg06u_sjng