We don't yet know much about Miss Songbird .
Get in touch and we'll add some details.

"Art in the Park" 2018: some personal reflections 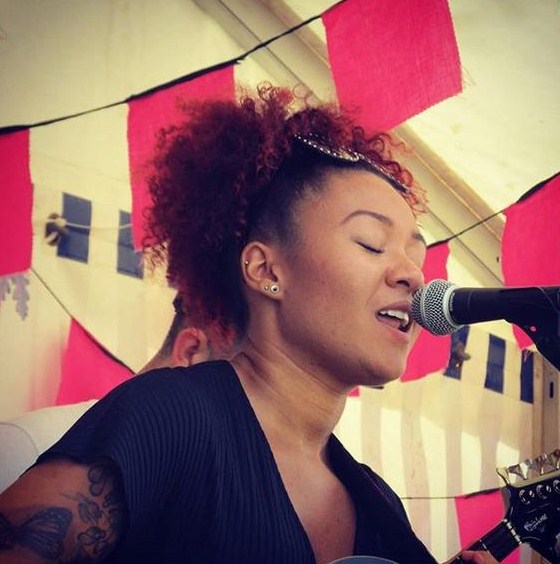 Firstly a caveat: this is not (unfortunately) a comprehensive review of both days of Leamington's 2018 "Art in the Park": personal commitments & the heat precluded that I'm afraid. Indeed, my hat is tipped to the very many volunteers, artists & stall holders who braved the entirety of the event. I should also like to start with paying tribute to those whose vision & hard work created the event: notable Carole Sleight for the overall event & Ella Billiald of Ella B Music for, as you might have worked out, the music side.

It was, to my mind, the best "Art in the Park" yet, with a much expanded range of activities & stalls, covering a good range of the arts from painting & photography through textiles, ceramics, jewelry, performance art & of course music with something for most people from families to those with specific interests in particular art forms.

Some excellent new stalls were added, as I have said, involving some most interesting artefacts. Ones which caught my eye included Thrills of the Emporium, Sasski & Strawbs, Hills & Tor (in the Pump Rooms, used for the first time) and Reload Gallery plus Brink Events Artists with their street art.

However, this is a music magazine so I had better focus hence on that. Although crowds around the music stage have been growing since the event's inception, I am sure they have never been as big, even though as many people as possible sought the shade of the nearby free to watch from. It was fierce in front of the stage. Taylor-Louise who was the first act I saw needs no introduction to readers of "Hot Music Live" so you'll not be surprised at how well she & her band played, how well they were received nor my account of her polished & confident performance which skillfully mixed her affecting originals with the covers the broad audience was already familiar with.

I was less familiar with another BBC Coventry & Warwickshire Introducing favourite band, Mister Keith but was most impressed with their very original, melodic & imaginatively arranged pieces: do check out their album "Record of Wrongs" which I have been playing ever since.

Atlum Schema (Andy Mort) was next up and again this was another performers whose solo performance initiated me into an act I had no previously seen but certainly would again.

I was drawn on Sunday morning at 10.15 with many other aficionados of the Peas to their charismatic & highly popular set of cleverly reworked classics which goes down so well all around Britain & is ideal for such an event: the feel good factor when they play oozes off the stage & envelopes all within it. Given the long journey the band had immediately after playing, it is a credit to their commitment to the event that they supported it.

As well as the high quality & established artists who play on a professional or semi-professional basis, it was excellent that Ella mixed in community based acts which gave grassroots local music a showcase & highlighted the diversity of what is around: I enjoyed both the Spa Strummers & the Heart of England Co-op Concert Orchestra (the latter of whom were sufficiently numerous not to be able to use the awning protecting the rest of the acts).

As the sun continued to beat down, the Miss Songbird Duo (Claire Glasbey on vocals & Paul Englefield on guitar) treated the crowd to some cool jazz tinged tunes: some traditional jazz songs but also reinterpretations of songs from other genres including by Bob Dylan. I have heard Claire before but this was the finest performance I had heard: taking brave decisions to slow songs down, introduce much more space & deploy her lower range in particular to excellent effect.

The final act I caught before I scurried for hydration & shade was Chasing Deer who are one of the local acts on a good upward career trajectory & who certainly did not disappoint.

Credit to the sound crew from the Assembly who did a marvelous job under difficult circumstances with a wide range of instruments and an honourable mention to celebrity busker Dean Dyson who not only played his own pitch down with the "suitcase artists" by the lake but also filled in on the stage for Ella when she was let down by the odd "no show".

Two most enjoyable days in good company with a matching vibe.

Miss Songbird at Art in the Park 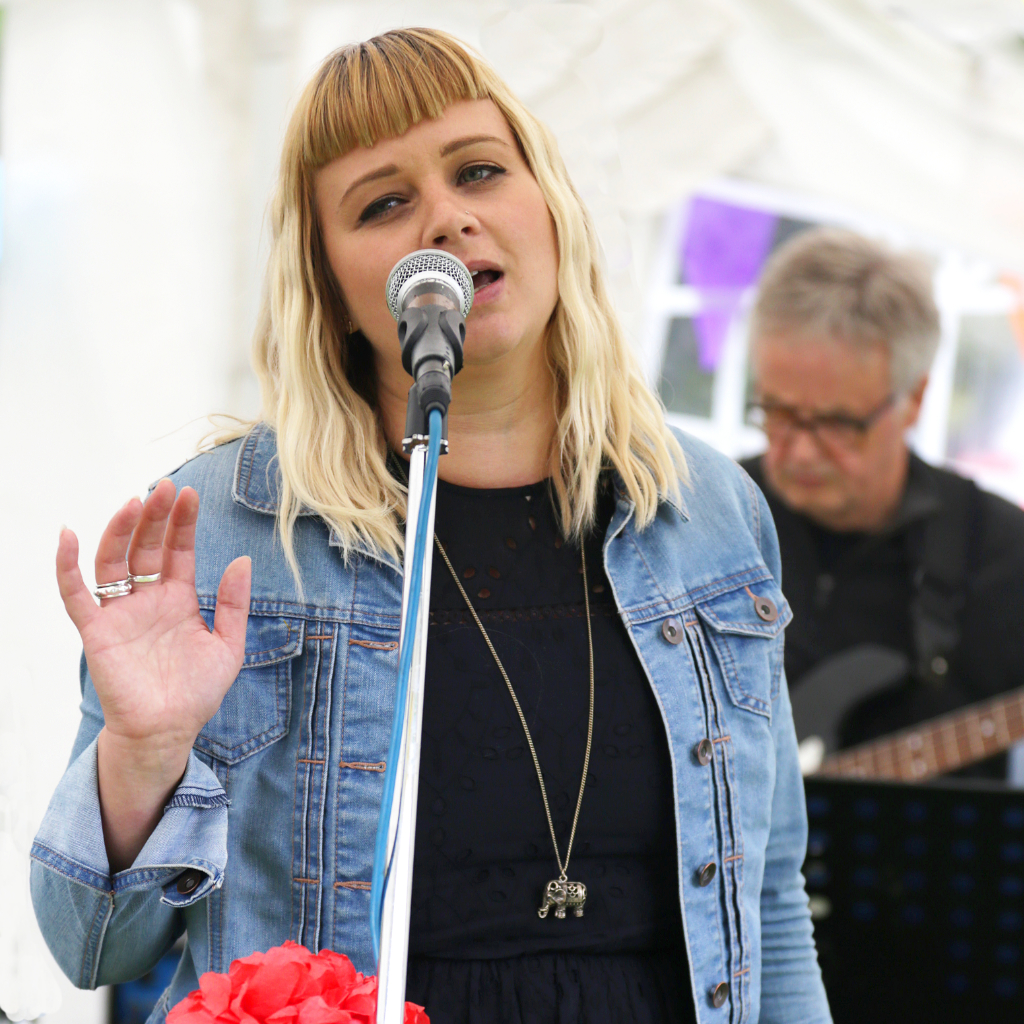 Soulful, cool jazz with a hint of vintage, the excellent Miss Songbird and friends at Art in the Park.