We don't yet know much about Lucy Anne Sale.
Get in touch and we'll add some details. 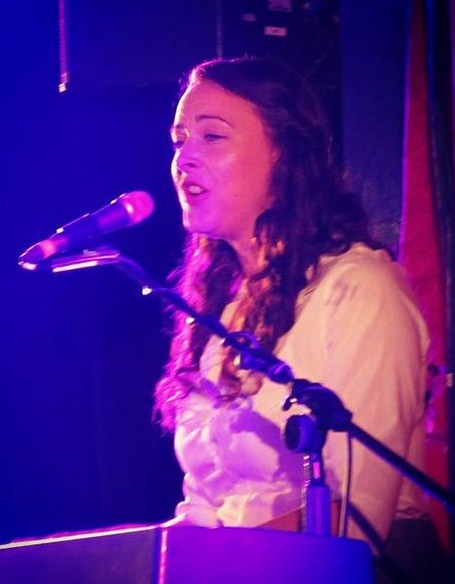 If anyone remembers my article of July 10th in which I looked forward to the Belgrade Theatre's takeover of the former "Coventry Evening Telegraph" building for two shows, "City Final" & "Retold" as part of their "Read All About It" event, then they'll have noted how much I was looking forward to it.

I was not disappointed: it exceeded even my high expectations. Although normally each piece plays separately, I was fortunate to be invited to back to back performances of both yesterday evening.

I had, during previous visits to the CET Popup, heard strains of the most beautiful music float through the building. I had not, at the time realised that this was leading local musician Lucy Anne Sale creating brand new music for "Retold", a dance performance by the inspiring Mercurial Dance company.

Both shows made really creative & highly effective use of the CET space & complemented the narratives they were communicating with interaction with the environment. "Retold" was performed in the foyer: but not really on the floor. The impressive long counter was the pivot of their show & the dancers used it to perform upon, across and over with panache. At this point, I should also like to pay tribute to their physical control as well as athleticism & creativity. The audience was necessarily seated close to & among the action & from the first, swirling feet came extremely close to my face: but once I realised that I was in no danger, I appreciated their skills: and it must be taken into account that although much was rehearsed, so much movement was improvised: they really did own the space. Quite a few leaps ended in landings very close to Lucy Anne Sale too but she never batted an eyelid: she obviously had full faith in them.

The various "City Final" scenarios acted by groups (mainly youth performers) from the Belgrade Community Company also made excellent use of the building. The Stygian & wet lower print hall space fitted in ideally as a setting for the Keresley Miners' Strike picket line: a dark, post industrial landscape. Even more directly impactful on me was the section on deaths in police custody: this took place in very cramped spaces & was truly frightening to walk into & be suddenly ordered about & abused by young actors playing police officers. Equally, having been crammed into a small "living room" to witness at close quarters the distress of a bereaved family, when things turned tense, being ordered out was pretty traumatic.

The basis of "Retold" was a dance creation which captured the sense & culture of provincial newspapers: partly pre-prepared, it nevertheless contained much improvised dance (and consequently music) based on audience input (their stories about life in Coventry) before resolving itself through a series of classified ad enactments (culminating extremely movingly with obituaries) into a manifesto for the continued need for local print journalism. In fact although the dancers were superb at dancing ( I am no expert on dance performance though I was exhilarated by their exuberant and joyous performances), they also spoke a great deal: in performance dialogue, directly to the audience & individually as they toured the foyer earlier to collect stories for informing the improvisations.

"City Final" was pretty complex: held together by a central narrative which centred on challenging the complacency that Lord Iliffe's "Coventry Evening Telegraph" made no false moves, the audience in groups was shepherded around the premises by cast members encountering set pieces which reflected issues which the paper may not have covered effectively: racial violence & intolerance, police behaviours, the miners' strike, refugee stories, the 1994 Coventry Airport crash etc, again culminating in the cavernous print hall this time in a fabulous ensemble scene which was very moving.

The mainly young actors who performed this part were really excellent and although to be honest it was "Retold" which really required a "Hot Music Live" review being the musical part, it was a joyful surprise when one of the performers on the Keresley picket line part of "City Final" broke into a moving acapella version of the Style Council's "A Stone's Throw".

Which leads me neatly back to the main musical star of the whole: Lucy Anne Sale. Her role was totally central to "Retold": the music was composed by her in the building (as I heard) in order to more perfectly echo its spirits and she performed throughout: on keyboards at times, at others on guitar or flute & often on cajon with which her playing drove the dancers onwards. Some music was incidental but there were also traditionally formed songs. Her opener must have been a real challenge to write: a sort of travelogue of Coventry encompassing areas and places (nice to hear "Tiffany's" namechecked) but I guess the potential for something lyrically awkward was huge: something she transcended with aplomb. Be great if this ever got released! The other song which I really appreciated was part of the obituary section: a really tender & haunting one as you'd expect.

The "City of Culture" idea has a lot of potential. I am not clear at the moment (and not sure how many people are) of what proportion of emphasis and funds will be on buying in expensive external content providers & how much on nurturing local creativity. May I be bold & make a few points?

Hats off to everyone involved in the conception, creation & execution of these splendid shows. 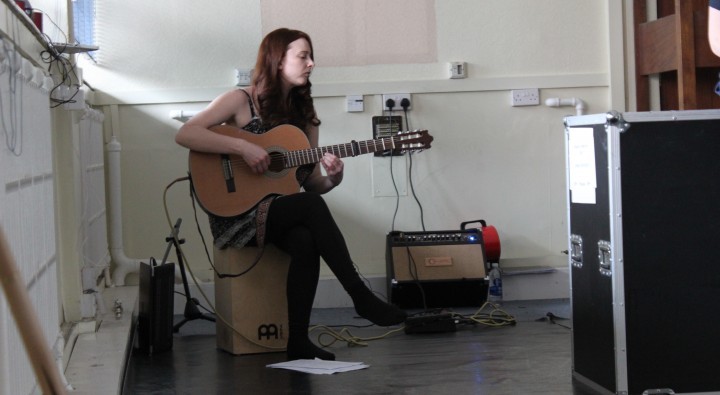 A couple of weeks ago, I was mourning the loss of the former "Coventry Evening Telegraph" building as a venue (though looking forwards to the possibility of a successor being created at the "Elephant" sports centre). However there is still one last chance to visit & catch ground breaking creativity within. From 10th to 14th July, the Belgrade Theatre is taking over the building and hosting two events as "Read All About It!": one of which, "Retold" features a collaboration between Mercurial Dance & local musician Lucy Anne Sale who has been working in the building for several weeks (I was wondering what that unseen music was I could hear on my visits). Lucy has created sounds recorded on site using the distinctive acoustics & these will be used in the performances alongside live performances.

I am grateful to the Belgrade Theatre's Heather Kincaid for the following excerpts of an interview she conducted with Lucy:

"As well as singing, I'm going to be playing live with the piano, guitar and flute, alongside a backing orchestra of pre-recorded music which will involve all of the musical instruments here in the room with me, including the typewriter in the corner," she says.

"The really exciting thing is that I've actually recorded some percussion down in the basement using the old machines there – so all the printing presses and stair rails and things like that have become almost like a drumkit."

"It was an opportunity to write music that came out of discussions with other people rather than purely from inside me, and also a chance to try composing in a different way to how I've composed for the last however many years. I do like new challenges. But also I think the fact that it's a big performance piece in the centre of our city made it feel like a real honour to be asked. I'm really grateful to Mercurial Dance and the Belgrade Theatre for giving me this opportunity, as well as to Alan Denyer for giving me access to this room before he'd even met me!"

"Having this studio space on site is really inspirational because actually being in the building feels quite magical and poignant,"

"Partly that comes from speaking to people who come here and making new friends – lots of the people coming round on tours have come in and given me stories about the building. Also being within a hub of artists has been really good, because it's created a central space for people to meet and discuss ideas."

"There have been some magical things that have happened by coincidence. For example, there was one day when I'd been working on a 20-minute piece of music for a section where the dancers read out birth, marriage and death notices, which is one of my favourite parts of the show."

"I'd just finished and started packing my instruments away, when suddenly the door opened and my backing vocalist's parents walked in. They had no idea I was working there, and when I asked what made them want to visit the building, they explained that one of them used to work there, doing the birth, marriage and death notices! It's all the amazing things like that which make you feel like what you're doing is important."

The other  show in "Read All About It", which is called "City Final", sees the Belgrade Theatre youth and community groups take audiences on an exciting journey against a looming deadline, around the cavernous building and through the last 50 years of Coventry life.

For tickets to both shows, please visit http://www.belgrade.co.uk/season/read-all-about-it 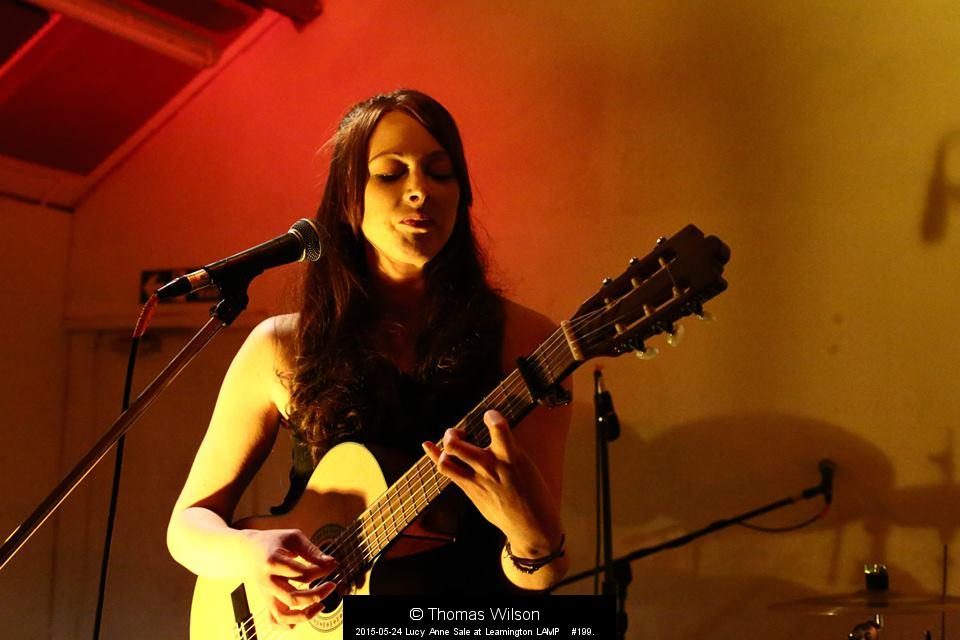 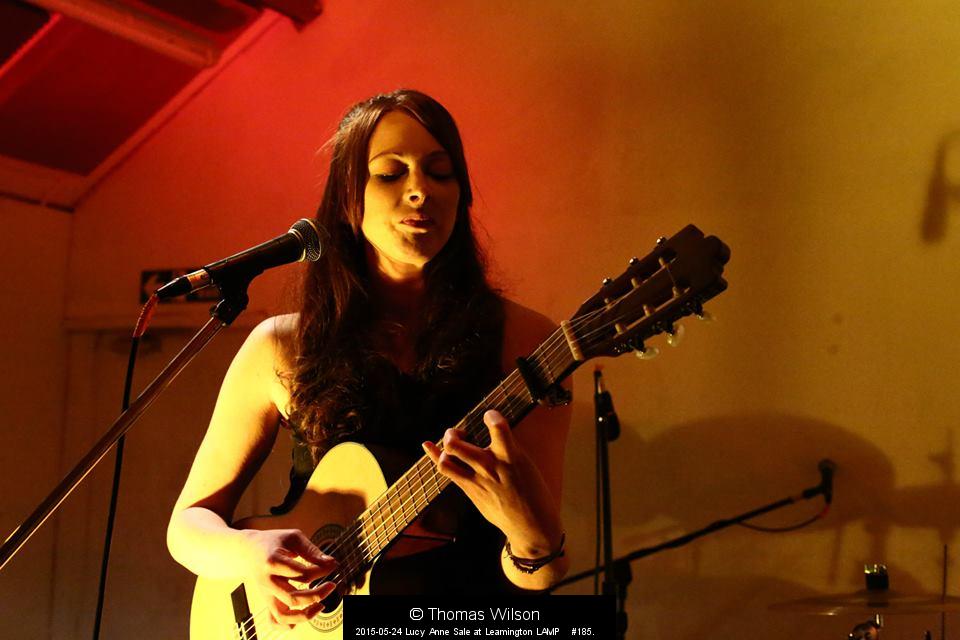