We don't yet know much about Kitty Macfarlane.
Get in touch and we'll add some details. 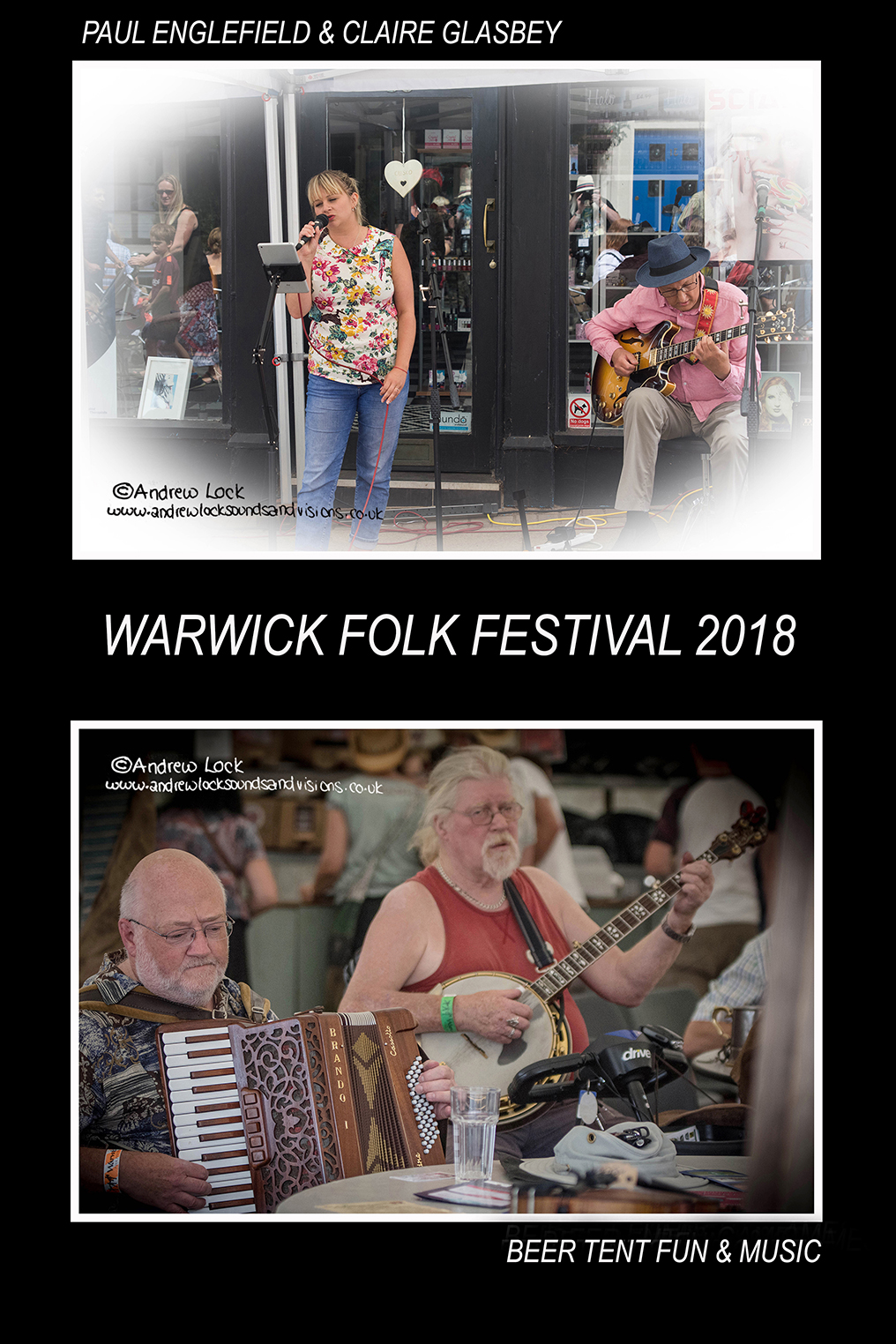 This years festival was a little weather affected (after all these weeks of constant sunshine as well!) but the folkies are a hardy bunch and the usual friendly atmosphere could be found throughout the main site and the town itself while the fine musical offerings at this long running festival (40th Anniversary next year) where there in abundance.
I made three short visits this year firstly on the Friday to the main Warwick School site catching on the outdoor stage performances by trio The Harvesters (upbeat and jolly) and solo performer Jez Lowe who's set included an hilarious song warning us about spending Christmas in Australia, I also took in some spontaneous music in the beer tent washed down with a pt or two (of course!).
On the Saturday my day started with an early visit to Smith Street to take in the fun and colour before making my way to The Catalan tapas restaurant for some of the music on offer at one of their regular official Festival line-ups.
At the Catalan and a particular treat for me the bill started with a solo blues set taking in both the Mississippi and Delta variety performed by Tom Young followed by his band mates from The Sons of Men joining him on stage for a selection of indie/folk tunes with a little rock thrown in for good measure.
Finally for my Catalan visit a set by a lady with a truly golden voice and charm to match Kitty Macfarlane with a selection of well composed originals and interpretations of traditional tunes and with her exquisite vocals and impressive/subtle guitar picking she was also a highlight of the festival back on the site with her appearance at the Bridge House Theatre later that evening which included a real show stopper with her beautiful cover of the classic ‘Song To The Siren'.
On Sunday just had to get along for the early doors " I Can't Believe It's Not Folk Song" Abba set put together by festival regular and entertainer supreme Keith Donnelly where 13 performers battled it out and reinterpreted the bands songs with a folk style sometimes with the odd lyric change or two!
Abba show highlights included Caroline Whatsham playing a saw with electric piano accompaniment for an instrumental take on one of the bands lesser known numbers ‘Eagle', Ian Bland rewriting the words of ‘Fernando' as a warning to eating at a certain restaurant chain (you can guess which one I am sure!), youngsters Granny's Attic with a frantic ‘Waterloo' and Mr Donnelly himself with a show stopping ‘Thank You For The Music' with a good few laughs thrown in of course.
The whole Abba set was glorious and for me the best and most entertaining set I have ever seen at the festival and it was the crown on another visit to what is always a cracking weekend.