We don't yet know much about Kirk Hastings.
Get in touch and we'll add some details. 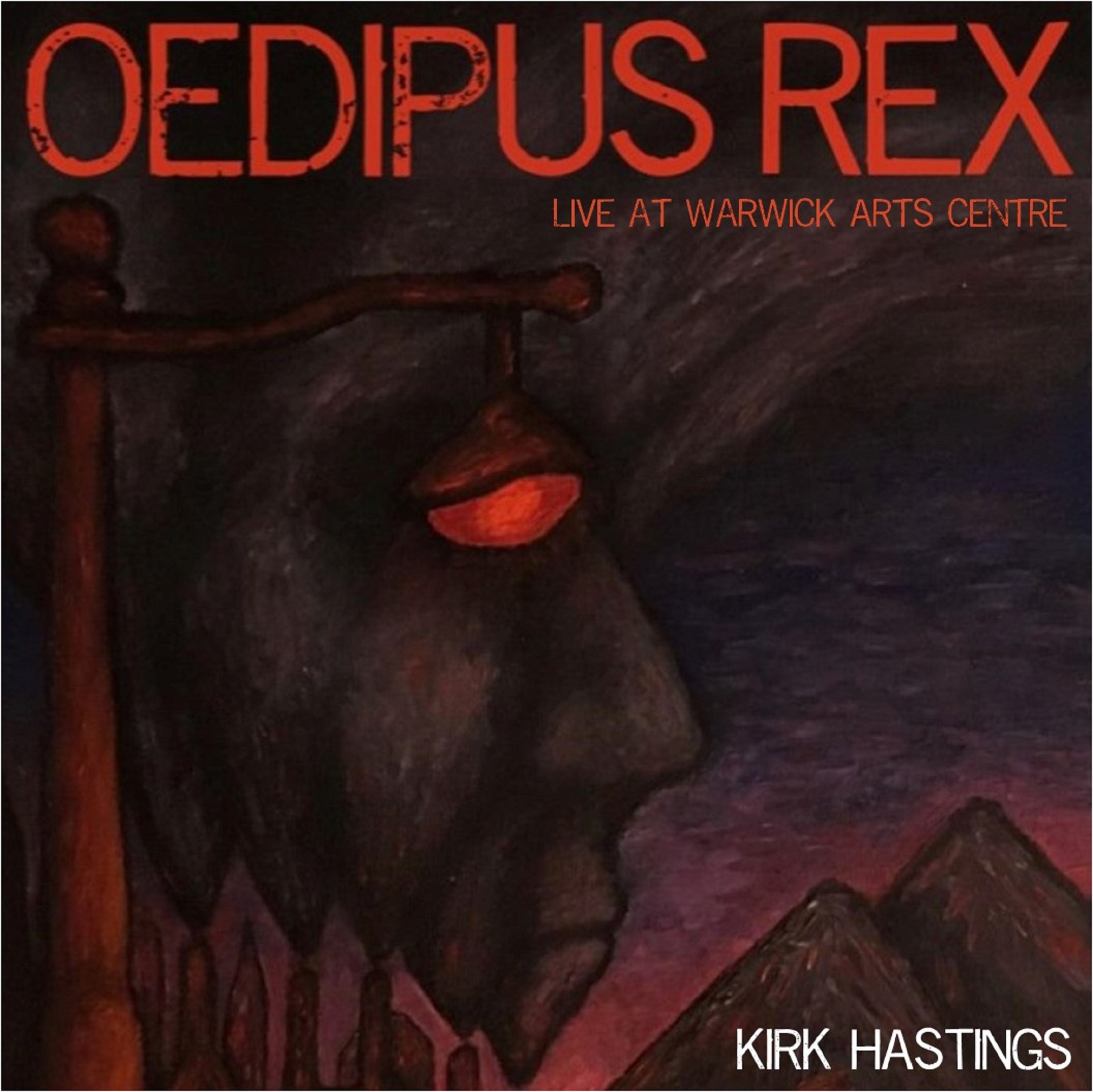 One of my occasional delights in writing for "Hot Music Live", as regular readers may have spotted, is when art media converge: that applies for the several pieces I have written about The (Rude) Mechanicals Band & such articles as that of July 2018 on the Belgrade Theatre's "Read All About It" at the former Coventry Evening Telegraph Building.

Another form of pleasure is connectivity & I'm pleased that as a result of my feature on Ian Todd, (February 9th)  I can enlarge upon my reference to his collaboration with Kirk Hastings and  Emilia Moniszko of "Blunt & Brave" . In this instance, I am delighted to tell you about Kirk's recent work as composer & musical director for the production of Sophocles' "Oedipus Rex" which was staged at Warwick Arts Centre last month as part of their Ancient Drama Festival: not least as the music is now available on the usual platforms as a live album from the production.

A former member of Nuneaton's The Larrks and Messages To Mars, Kirk is now also a Rock Choir member, having performed at the Godiva Festival and BBC Proms in the Park in Hyde Park London and is the choir director for the Rock Choirs in Hinckley, Lutterworth, Rugby, Allesley & Coventry. In addition to creating the music for "Oedipus Rex", he has similarly provided it for productions of "Medea" and "Frogs" (by Euripides and Aristophanes respectively) and for short films.

Although many of us have greatly enjoyed music written primarily as part of a dramatic piece as a standalone performance or recording (soundtrack albums and of course orchestral renditions of opera & ballet scores have been popular for such a very long time), I feel that divorcing music written to such a specific directive from its parent work robs it of important layers of context. Hence, although sadly I've yet to catch the production, you, like me, can do so via this link:

I must say, having heard the score separately & then as part of the production, while the former allowed me to enjoy the musicality for its own value, the latter really did enhance my enjoyment of it & indeed allow me to appreciate Kirk's skill with so many elements: many of which frankly are far too subtle to either take in first time around, or without connecting to the actual narrative.

Clearly with production scores of this nature there are many important dramatic uses of music beyond the more simple framework of a musical play based around discrete & often highly familiar songs. In fact the basis of the score does depend on a sort of song format, partially due to the structure of the original material which lends itself to such an approach & partly & sensibly to facilitate access for the contemporary listener. These are not however "songs" you'll already know (though hopefully you'll walk out humming them), not a load of ABBA or Queen hits cobbled together regardless of whether intended to provide a cohesive narrative but all the better for being fresh & for fitting the play organically.

Nevertheless, as I suggested, the songs are merely a foundation to the whole score as melodies & themes are foreshadowed & repeated, often in short segments & different arrangements, and naturally a fair proportion of the music is more incidental than simply the big set pieces. The irony though is that by listening to a score performed while simultaneously watching the drama it is enhancing, you really can't easily hear the subtleties & nuances inherent in such foreshadowing & underscoring. A truly successful score naturally enjoys a symbiotic relationship with the story & in this case it clearly works well while at the same time seeking a second agenda wherein Kirk is not only trying to achieve everything else a score normally works towards, but by consciously using more modern sounding music, is aiming to introduce this classical play to potentially younger audiences unused to the format of ancient drama.

This is an area I'm not sure how I feel about in principle. Deliberate anachronisms can be used to good effect in drama & I sometimes do get frustrated with, for example, generic "Elizabethan" music being applied to Shakespearean plays. However using modern music to tell the story effectively without distracting from it must add yet another challenge for the composer & I think Kirk does pull it off successfully (possibly being the third of his scores for ancient Greek drama may help).

He doesn't shirk the challenge: the play starts off with a few piano notes & then straight into a saxophone, so we are left in no doubt that he's going for a contemporary sound. In fact, the opening is overall very effective given that it is wordless & honestly could be drama from any era brought to life with jazzy mood setting: this does a lot to hopefully de-stress the experience which follows for audiences less used to the conventions of Sophocles. The chief of these I suppose is the "wordiness", though I'm not sure how else one can stage a play whose only features to have survived from its origins are the text.

The individual pieces as such are entitled "Oedipus  Rex", (that's the one with the sax which is the overture), "The Market Place", "My Own Father", "The Kingly Office", "You May Be King I", "You May Be King II", "The Oracular Voice", " A Bad Man Exposed In Just One Day", "A Fate Like That", "Withering", "It Wasn't You", "One We Start To Hurt You, You Will Talk", "The Darkness Veils My Eyes",  "At Least Respect Our Lord, The Sun" and "The Mad King". However not all these tracks are strictly songs: some are played behind dialogue in aid transitions & build emotions to follow.  The ones with lyrics present the issue of having to fit (translated) words by Sophocles to a musical form unknown by him (can't be easy) but I suppose jazz is the ideal vehicle to deal with it: not only can the form offer so many moods but it also has the in built flexibility to sustain lines which more strict forms such as pop would struggle to do.

The results are songs which sound rather weird to ears used to contemporary paradigms (no bad thing: certainly preferable to bland homogeneity) "Withering' perhaps being the one which nearest approaches what we are used to.

So does it work? As a dramatic score it certainly works very well & given the choice between hearing it within & out of context, I still think I incline to the former. As an attempt to attract new fans to Sophocles, I imagine you'd need to ask the target audience, but it does seem a very valid approach.

If you missed the initial production as I did, you can catch it at Edinburgh Fringe Festival from the 24th-29th of August