We don't yet know much about John Connearn.
Get in touch and we'll add some details. 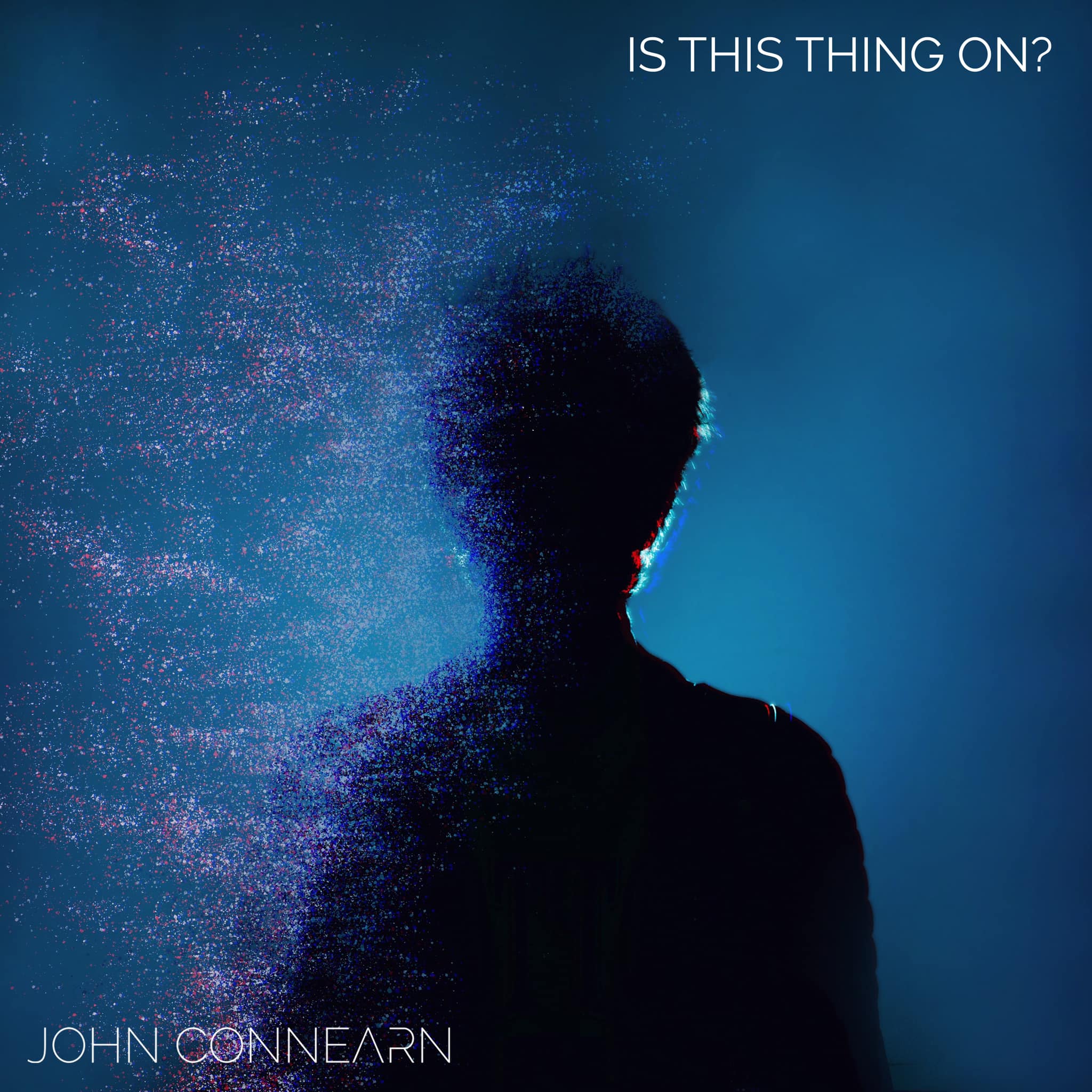 This afternoon saw the release of the brand new John Connearn EP called  ‘Is This Thing On?', his first record since "Push & Pull" which came out on the memorable date of 22/02/2020. It's excellent value for money too, comprising no fewer than six tracks: "Distracted", "Hold That Thought", "Early Bird", "Busy Brain", "Quite Far Enough" and "After All".

You can also view an excellent video for "Distracted"  created by Émilie Cotterill of Transluceo Photography at https://www.youtube.com/watch?v=yqg4gEVnMsQ

Fortunately John has such an abundance of skills (and presumably kit) that even the pandemic has not prevented his being able to cause these half dozen tracks to come into being in this way, since he has not only written them all & produced them all but each one is wholly performed by him. This multi instrumentalist aspect of his talents is I suppose one of the real revelations of John's developing solo career (check out too his debut "First Things First" which also appeared on ‘Hot Music Live Presents Volume Three') and reminds us all (especially me as a reviewer) not just to focus on his virtuoso guitar skills (and frankly that helps me: his playing reaches levels I simply do not possess the technical vocabulary to describe to you) but remember his years with a band where he learned to value the song and how different instruments support & enhance his central performance. This sensitivity also probably explains why all tracks come in at the "right" length for a pop track with none passing four minutes: there is no extended guitar wigging out going on here.

The terrain covered is his trademark high class playing combined with taste. The jazz fusion template is still very much in evidence but within that there are a range of interesting flavours to instil variety.  Bits of funk rear their head & it would seem that John has been listening to musical styles from around the world during lockdown judging by the Latin and other nuances.

As I say, he writes with a brevity which helps accessibility & inasmuch as this type of music is ever going to have a mass appeal, there is a pop awareness of what can be memorable: certainly all tracks are easy on the ear: there is no sense of letting his musical abilities challenge the listener as he might have done. Tempos do vary (I like the slowing down of the last tracks: an interesting choice) and nowhere does his playing become the blur of notes that again he might have gone for. Each has its own identifiable melodic theme & though of course these are varied & evolved, they also appeal & stay with us.

I'd hope that ‘Is This Thing On?' gets the audience its quality deserves: I know that mainstream media seldom lands on jazz instrumentals, even if performed by a member of a band whose work they were as eager to play as they were The Ellipsis. However this is classy & thoughtful stuff which I can't imagine anyone actually not liking. Go on: give something a little bit different a try. It's worth your time. 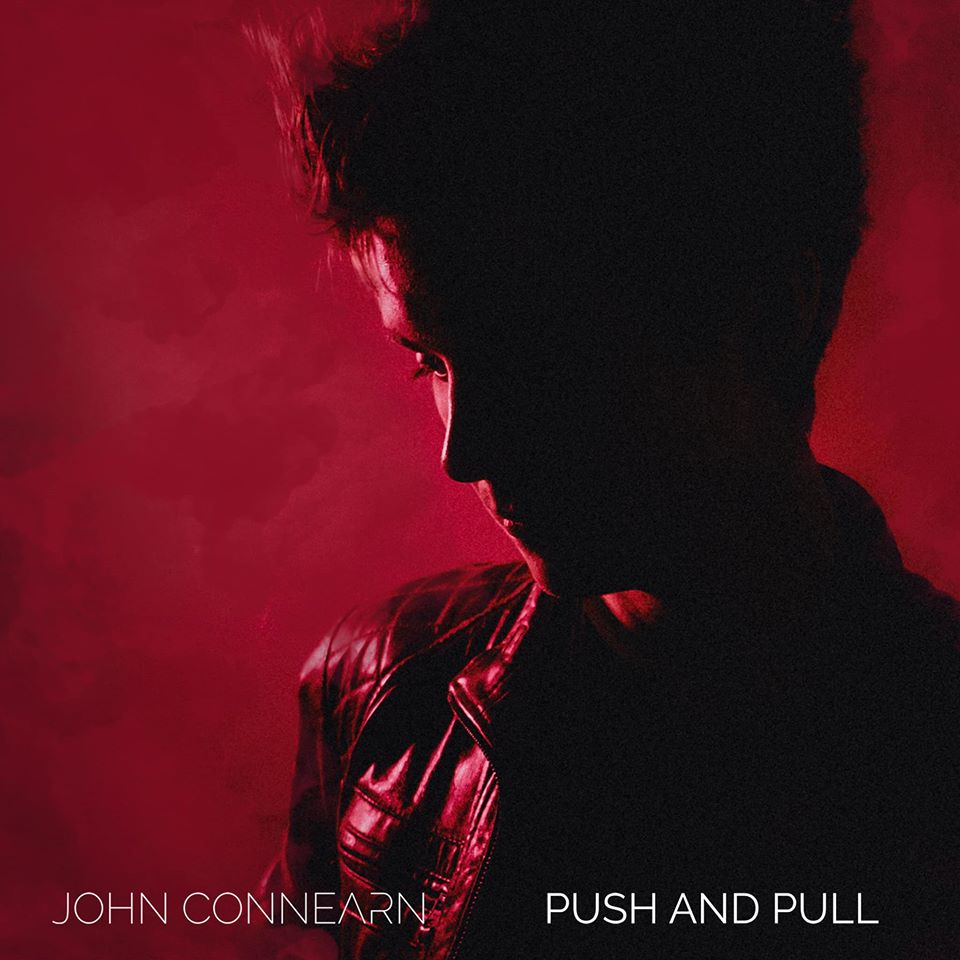 It seems so recently that I was telling you all about the debut single by John Connearn, the appropriately entitled "First Things First" and although it's still fresh in my memory, it was actually over a month ago. Nevertheless, things are moving fast for John & today we come to his follow-up release, that is to say "Push and Pull": which has come out on the interesting date of 22/02/2020

In many ways this is similar to its predecessor: it is again an instrumental track which while focused reasonably enough on John's guitar, like the first single has excellent drums also prominent, yet "Push & Pull" has a distinction of its own.  Again, tastefully composed & played with a jazzy inclination, leaning in fact in a Crusaders direction I suppose, the title may refer to the structure of the track given that it definitely has two alternating moods, the first having more of an acoustic feel (it sounds like it might be layered & processed acoustic guitar to me) and the other being more urgently played electric sounding. It's possible that one is indicative of pushing & the other of .. well I'm sure you can guess.

As before, John can play startling runs really fast but he plays them so you can follow the melody lines: there are careful effects added to his playing for texture, but the overall sound is clean with no distortion and the tune is cohesive & memorable enough to make it clear that this is no showboating exercise: he's playing so you enjoy his song, not to try to elicit your worship. John is happy to use the word "noodling" in respect of what he does, and I can see why, but this is not self indulgence: it's a genuine song, albeit one where it tells its tale without finding it necessary to use words: which after all is a facet of so much music especially classical & jazz & it's interesting that instrumentals, while once much more popular in the "popular" section of music, seem out of favour presently. Maybe John can help bring them back into our experience?

You can catch John playing at Ziferblat in Coventry on 28th February & I'm sure you'll hear his two singles played. 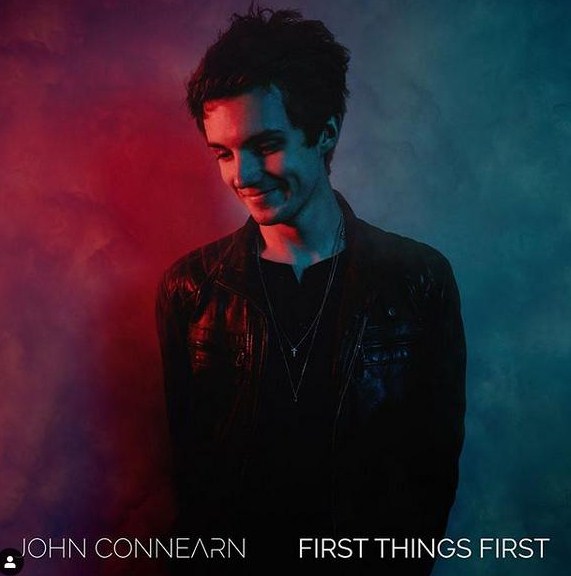 John Connearn will be a name already well known to the aficionados of the local music scene & as the new decade dawns, will become better known to the wider music loving community.

By far his highest profile has been his membership of the Ellipsis, one of the highest rated bands from Coventry & Warwickshire: seven years of building highly rated reputations for creating & performing beautifully crafted material, with John on lead guitar & vocals.

Sadly the band have been exploring their individual interests & potentials (totally validly & to great effect) to the point where communal activity has become difficult & so they are no longer able to continue as a band: a sad decision but one made with total integrity. Please do look back on articles about them in "Hot Music Live". I can assure you that there will be many more reviews of their individual work to come based on the snippets I am aware of & I am really excited by what I have heard.

In recent months, eagle eyed readers will have spotted John's names in other contexts: most recently I named him as the producer of Free Galaxy's latest single & of course his work with such uber talented artists as Joe Dolman & Hannah Woof.

He has quietly & unobtrusively been sharing videos of work in progress on social media & I'm delighted that he has reached the point where he is ready to release the first formal single, namely "First Things First" on 3rd January.

Anyone who has observed his work will know that John is a master of the subtle: utterly serving the songs he is playing on, whether with his band or the solo artists I just mentioned. This is precisely what I admire & respect & you will have probably have loved some or all of the pieces you've heard him on, but without perhaps always spotting the delicacy of what he is doing (or just as importantly not doing) nor I'm afraid always realising the name of the person whose artistry you were enjoying. This is the irony of course of such an admirable approach & I should be pleased if his solo career raises his profile to the heights it deserves....

"First Things First" embodies exactly what I would expect from John: tastefulness, craftsmanship & above all imagination. If you have preconceptions of what John's "playing style" is from his previous work then abandon them. This is pure John and showcases both his virtuosity and crucially his restraint: knowing when to play & when not so that you can hear every note clearly even in the most mindbending runs & sequences. I wish I was a bit better versed in the genre of what I suppose is a jazz rock fusion track, but then I don't like making comparisons especially if I think, as I do here, that we have genuine  originality. My personal feel is that much as I appreciate virtuosity of this level, I do get turned off by showboating & over long solos & "First Things First" features neither. Like I said: it's tasteful.

What was an ear opener though was the sheer range of instruments he plays so very well: so impressed was I by the dynamic & imaginative drumming that I assumed it was a specialist drummer, whose name I enquired about. In fact John plays all instruments, wrote & produced it so the only other person involved was Pete Maher who mastered it. I hope he gets to play his new material live, but clearly he'll need to delegate some of the parts to a band.....

The track however is certainly not some sort of showcase for virtuosity alone: some sort of vanity project for an ego & I certainly would not want you to read into any of my admiration for his skills as displayed here anything of the sort. It is accessible and memorable & possibly danceable (I don't have the skills to test that theory but my limbs twitched readily to it) and might even open ears to a type of music which only occasionally intersects with the mainstream..