We don't yet know much about Greengrass.
Get in touch and we'll add some details.

‘From the Forge' by Greengrass 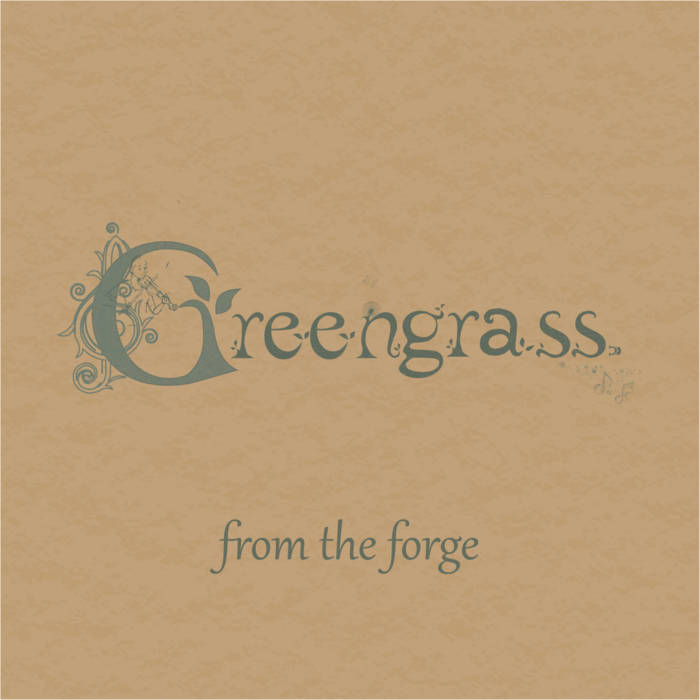 Well this is something of a milestone: my first review of the new order. As I expressed in my last article, I'm not anticipating live reviewing for quite some time alas (I'm writing this at an hour I'm often preparing to leave for a gig) but am looking forwards to as many record reviews as possible.

A couple of general observations first if I may?

Firstly, as I said in that previous piece, sales of recordings represents the most obvious source of income for artists who have just lost all their live income for months: so please do consider purchasing each release I & other "Hot Music Live" writers review. It matters more than ever now.

Secondly, I feel for artists who have spent significant time writing, arranging, honing & recording music, labours of love for them, only to have them come out when we are being so distracted by other events. Please do share reviews etc of records as widely as you can because promotion (especially without gigs) is going to be particularly hard at the moment. They deserve better.

I know for a fact that acclaimed folk artists Greengrass have invested much emotion into their new fourteen track album ‘From the Forge' (all songs being recorded live with no overdubs at The Forge Studio by Tom Gittins of Monochrome Productions): I gather it has been long in gestation: in fact it started life as a project for an EP and grew.... and grew.

Just as my final live review (for a while) of last weekend was fortunately of a great gig which uplifted me, thankfully this next review has had a similar effect & showcases similar high talent levels. On a personal level it was really helpful to be inspired by such a collection too.

Kate Vassaloss (guitar, vocals) Keith Nickless (bass, guitar, vocals) and Lauren South (violin, vocals) are consummate musicians & have put together a wonderful package mixing their original songs and traditional folksong arrangements, including several which even I was familiar with.

I'm glad to have my first opportunity to write about this popular band (although I have reviewed The Hatstand Band who share some members with Greengrass) and I trust it won't be the last. I should be most eager to be able to write a live review in time too.

The opening general point I think is worth making is how much space Greengrass leave in their music (always something I appreciate), which I suppose has roots in experience, confidence & taste and results in crystal clarity of instruments and voices, with what they offer to us being allowed to ring in our ears & give us time to savour. With this level of musicianship there is no need for the hiding places of over-arrangement nor production (and the production certainly enhances this effect) & the impact level is consequently high.

If you like the ethereal then Greengrass provide this for you (which certainly appealed to me on this day for obvious reasons) but you'll also find bonhomie & humour on the menu as well as the sort of detailed & evocative narratives which the folk form does so well.

I have here to admit that although several of the covers were previously known to me, so skilfully composed are the originals that they are indistinguishable to my ears from traditional folksongs, so honestly if it's a song I've never previously heard, I genuinely don't know if it's one of theirs or a non-original unknown to me.

I'm going to tentatively identify "History" as a Greengrass composition (sounding like someone at the Elizabethan court singing of the 21st century) and it certainly is a standout for me among even such a strong lineup.

"Soft Words" is another I'd be inclined to ascribe to the band: rather more contemporary in melodic terms than "History", again it touched a chord with me for its take on the modern situation & resonated all the more because of current events.

Of the songs I know fully well are traditional, I suppose there is a tendency for me to fixate upon personal existing favourites: but that in itself carries the corollary of higher expectations. However the rewards of hearing the likes of "Star of the County Down", "Lord Franklin" or "The Wild Goose" which I have heard played by some superb musicians being played with such aplomb, love & skill are that much the greater accordingly.

Go on: have a listen to ‘From the Forge': buy it if you like it, tell your friends about it & make a note to yourself to hear Greengrass play it live in better times. I certainly shall.