We don't yet know much about Free Galaxy.
Get in touch and we'll add some details. 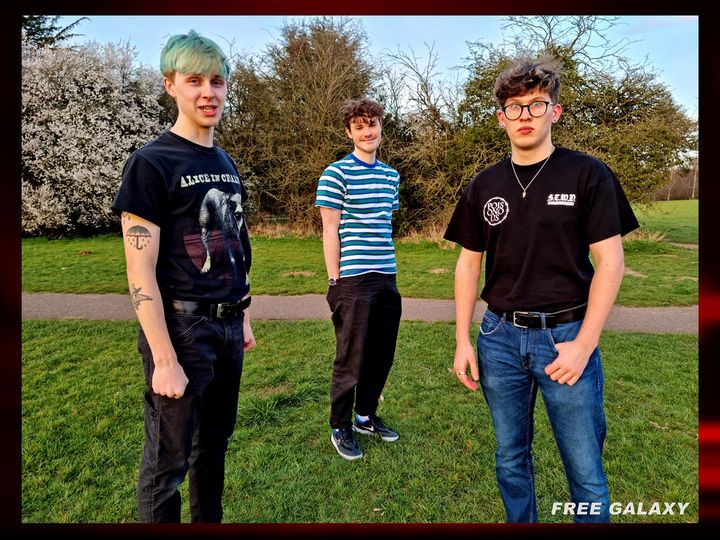 Fresh out from Free Galaxy is their latest single "Dreamstate", though it is far from business as usual for this popular band. Now operating as a trio rather than a quartet, the song is being released as a valediction to the band they were (in fact they wrote it in 2018) before moving onto sharing new material which they feel better represents their new configuration.

It's interesting how this significant moment in their career has provoked a self evaluation of their work to date: it's greatly to their credit that they do carry out exercises in self awareness and criticism such as this and as a critic who often bangs on about how he is drawn to music of integrity and honesty, I am the last person to decry a band for moving on from material which they feel no longer represents who they are.

Nevertheless, Free Galaxy should remain very proud of who they were in their Mark 1 incarnation and I feel their work still stands up and will continue to do so. No doubt their significant body of fans were attracted to Free Galaxy by the songs to date  and so not only do they  represent a body of work important to their career, but also a foundation to the songs they will be creating in the future.

"Dreamstate" is a fine statement of what they have been and a summation of their sound so far. Initially one of their more acoustic offerings, it has their usual melodicism yet tinged with a melancholia and wistful reflections (literally given the lyrics) suitable to this particular moment. Another very "open" song with the various elements all very clear for us, it's a proper song in that everything serves what they are trying to say: there was a beautiful little guitar solo early on which only lasted a brief moment as presumably they felt that was only they wanted it to do. As the track builds into something a little more anguished, so does the volume and the instrumental parts (it's a very different sounding song in the third quarter) before gently settling back into a quieter coda completing the bookending of the song.

It's a fine song: I don't know, given what the band say if "Dreamstate" will feature in live sets (remember them?) in the future: I respect their decision if they feel it's no longer appropriate, but it should not be consigned too lightly to any sort of archive status. On the other hand, I am pretty intrigued as to what their new direction is going to be….. 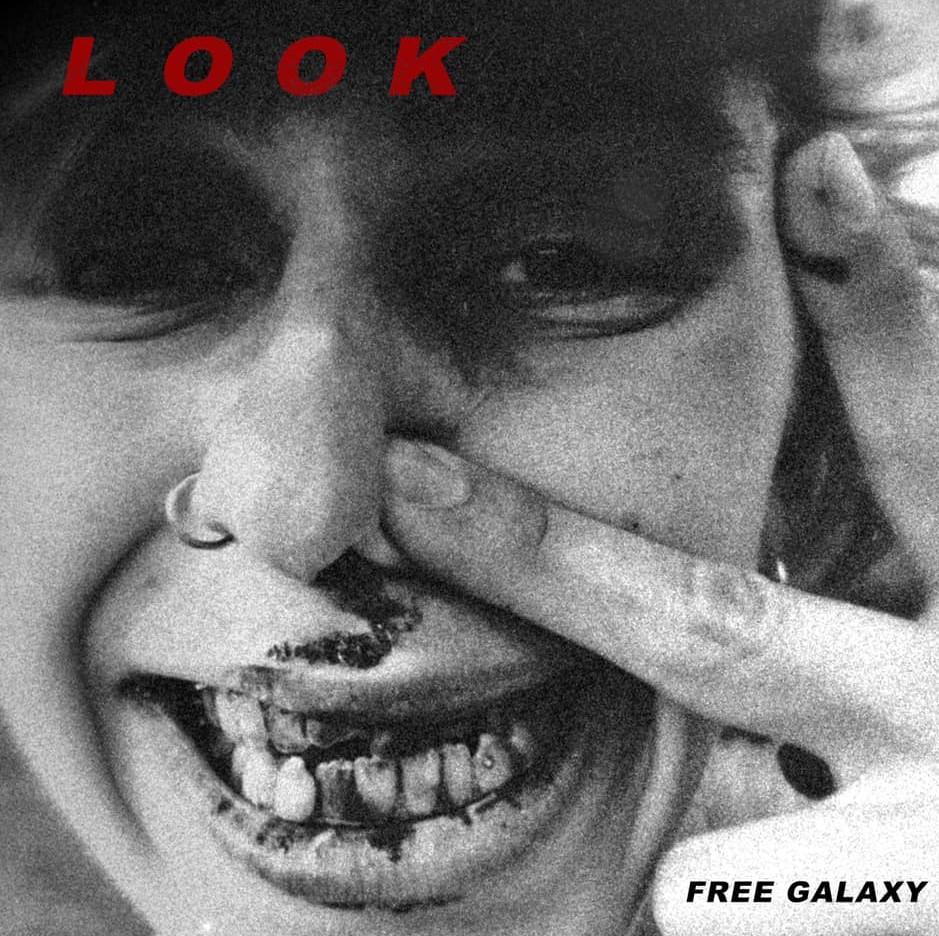 It's been a little while (I think we might guess why) since I last reviewed Free Galaxy  (whose "Leave Me" appears  on ‘Hot Music Live Presents Volume Two'): in fact it was for their acoustic rendition of    "Everlasting" last December, but the good news is that they are back now (today as it happens)  with "Look".

You couldn't really wish for a greater sonic contrast with that last track: this is right back to amplified & processed (with a touch of tasteful distortion) with that sort of mixture of (popular) melodic sensibility & adrenaline inducing surge that say the Arctic Monkeys are renowned for. Vocals snarl (though they harmonise too!), drums & cymbals hurtle through the piece & just to keep you on your toes, every so often tersely economic guitar jabs slice through.

Probably best heard live when they can let go any volume inhibitions & people can hurl themselves about at will, it still thrills even in the context of this reviewer listening on Spotify & having some respect for his locked down neighbours. This song makes you take notice of itself.

Ciaran O'Sullivan, Luke Osmond, Harry Rogers and Callum Ward are another of those bands who could well have looked forwards to 2020 as a year to continue building momentum on the back of a growing fanbase & critical reputation: that it could not follow that path closely is a sadness & no doubt great frustration to them (I'm sure much of that comes through in the vibe of "Look"). However it seems like they are not taking it lying down & I'm delighted that they are fighting back with a song this good & a positive attitude. I'd hope gigs will come their way in the Spring & they can pick up where they left off & get their just deserts: this band have a genuinely bright future ahead of them.

Check out the video for "Look" at https://www.youtube.com/watch?v=0rb7V7nBTiw 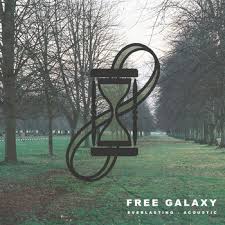 I do hope that you have checked out "Leave Me" on "Hot Music Live Presents Volume Two" by very fast rising Kenilworth band Free Galaxy? If not, you can download it (for free) from https://hotmusiclivepresents.bandcamp.com/album/hot-music-live-presents-volume-two

This very powerful  & emotive track encapsulates why the band  (namely Ciaran O'Sullivan, Luke Osmond, Harry Rogers and Callum Ward) are gaining fans all the time as their live act is so dynamic.

Thankfully, my colleagues on "Hot Music Live" have told you about Free Galaxy before, but today, with the release of their latest single, I'm pleased that I can add my appreciation.

You may remember their 2017 debut single "Everlasting"? This single is an acoustic rendition of this same song. It's interesting how artists sometimes revisit past glories either to see if they can rework them into something closer to their vision (e.g. Izzie Derry with "Let This One Be Mine") or to find new nuances within them: I'm guessing the latter motivation applies in this instance. In fact I think the exercise was wholly justified: it actually sounds like a whole new song to me.

Produced by John Connearn (and I'm already very excited at the prospect of reviewing John's own new single "First Things First" which is released next month) the track is a lot more opened out compared with the original release, as you might expect from an acoustic variant: equally you probably won't be surprised that the lyrics get a more prominent position & this does the band no disservice at all. In fact in listing the benefits of the remake you can certainly add both the highlighting of the words they have written & their instrumental proficiency too: a bold choice but it paid off & with the help of a sympathetic producer who both knows the band & who knows how to craft subtle arrangements which are built on space, feel & truth rather than relying on dense walls of sound to cover both weaknesses and strengths under the same blanket.

This lighter touch in no way detracts from the intensity of the performance nor its meaning: all the above benefits I cited above would be negated had the end result been a featherweight middle of the road single: it's not. If anything this new arrangement makes for a more powerful impact. I even found myself being warned by the platform that I might be somehow offended by it. Which I think tells you much about how it can strike home. 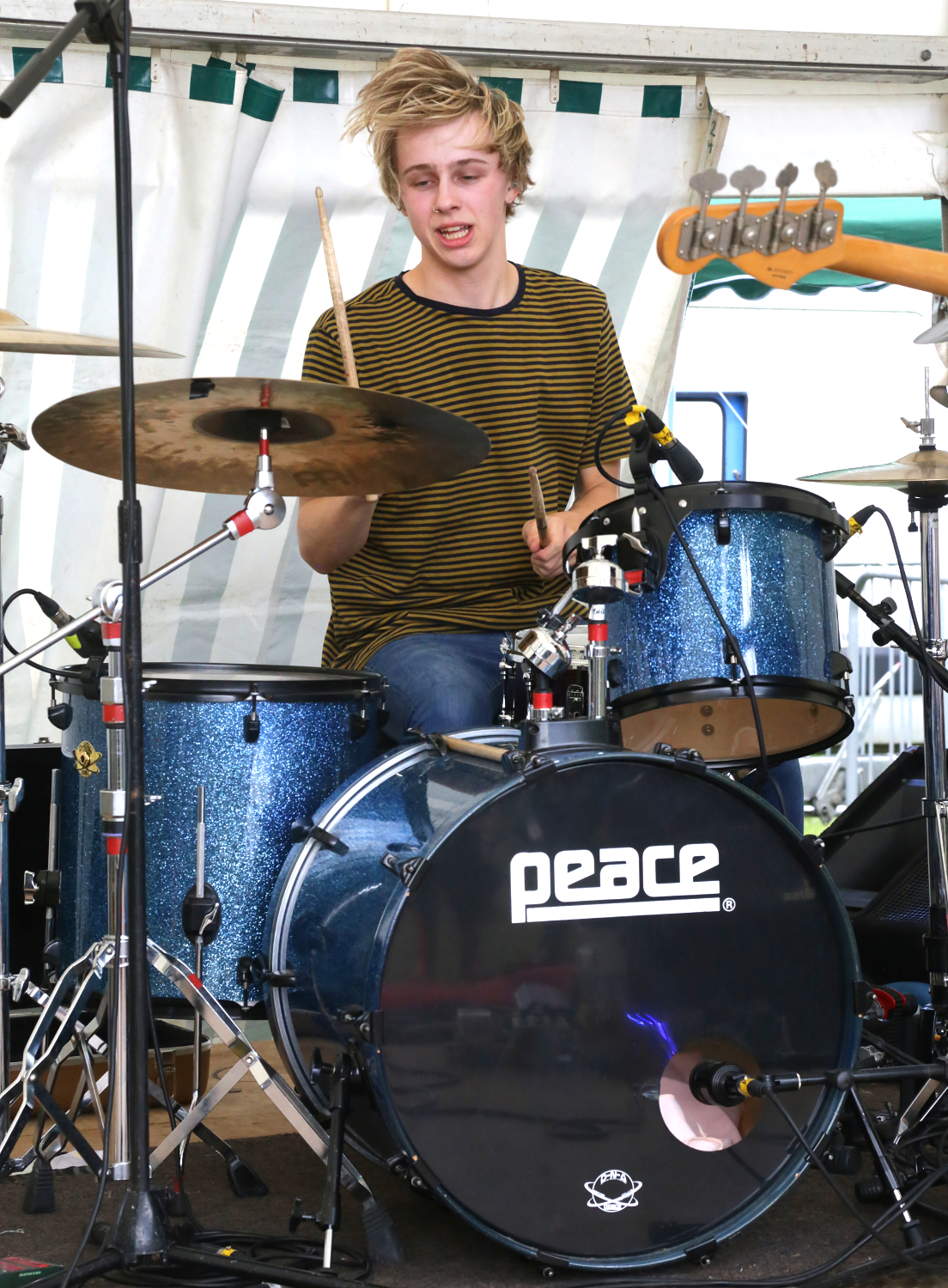 This Fathers' Day lark is pretty good and I certainly didn't turn my nose up at a Dad-size bacon butty and a fresh bottle to add to the family gin stash.

Nonetheless I did sneak down to the Peace Festival to catch Free Galaxy on the advice of Peter Drew, Tim Rogers and many others who know their rock from their roll.  It turned out to be an outrageously potent delivey of strong original material fuelled by massive double guitar riffage, anchored by a energetic bass groove and powered along by powerhouse drumming.  Not your father's rock band - even on Fathers' Day. 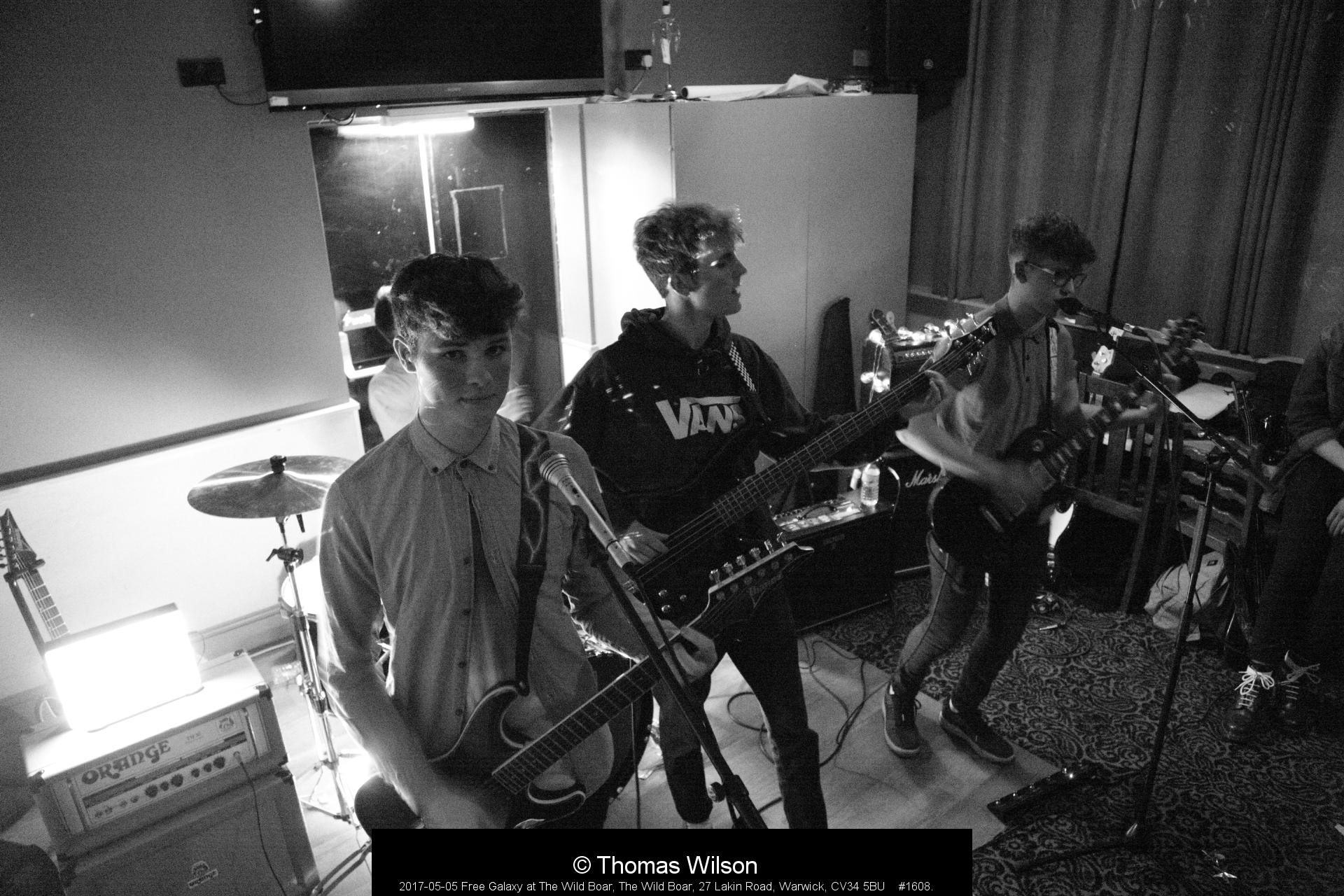