We don't yet know much about Firedaze.
Get in touch and we'll add some details.

'Let's Have Another One' by Firedaze 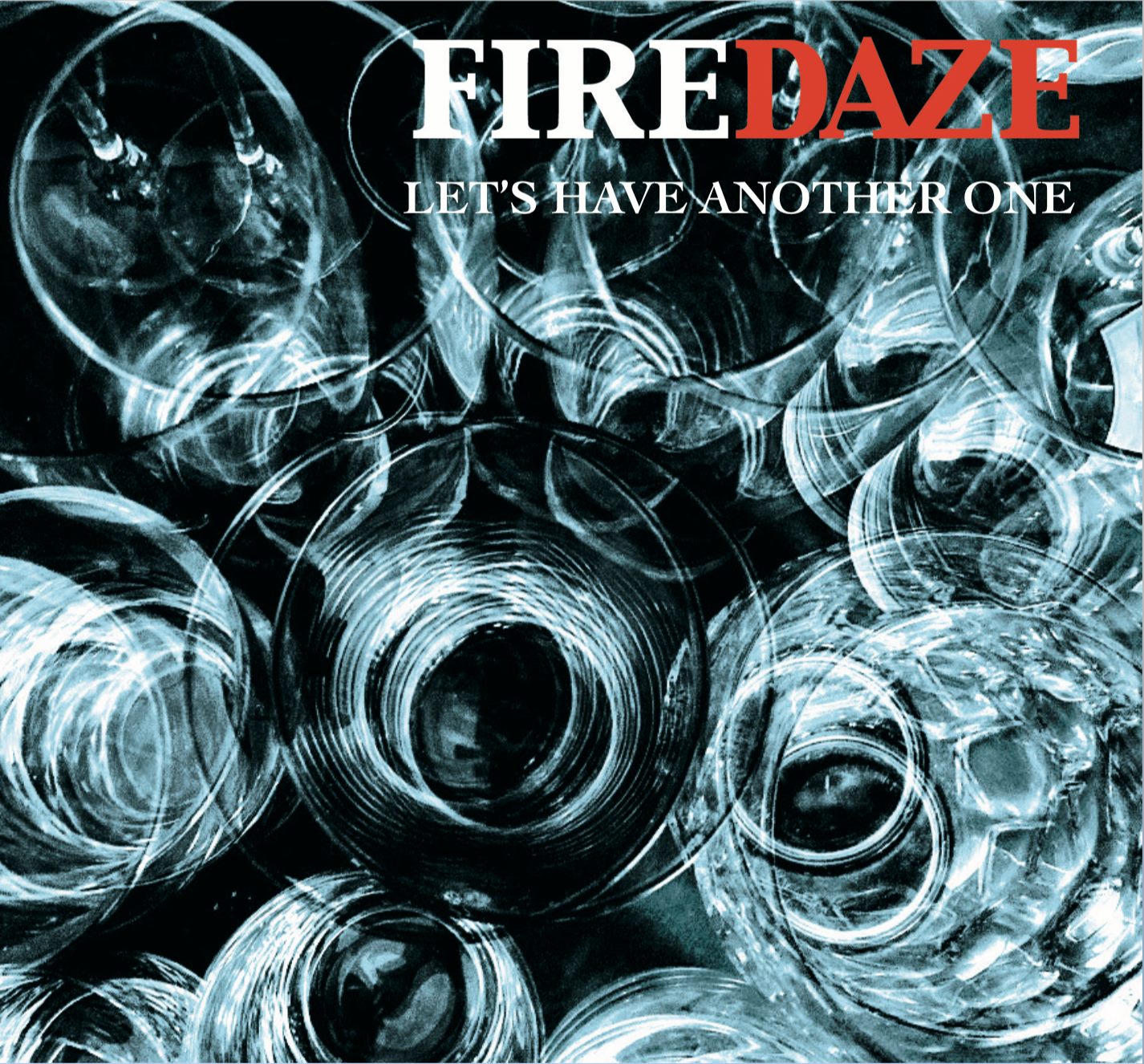 I have long enjoyed Firedaze  as a live act but I'm sorry to say have not reviewed any of their releases until now: I'm glad to repair that omission by telling you about 'Let's Have Another One',  their  third album which is now complete & ready for an imminent release on their own DeAD Music label.

To be honest, if you've not yet caught them, this new collection is a very good entry point to their music & understanding why they are so popular live, representing not only their sound accurately but managing to capture their vibe too. Now that's not easy at the best of times on a recording but if you throw in the additional factor which 2020/21 imposed upon us of many (but thankfully not all) sessions having to take place remotely with members not able to play off each other (I understand that the final harmonies were quite literally phoned into the mix), then this album is especially commendable for achieving this.

The band (comprising Steff on lead vocals, electric & acoustic guitars & foot percussion, Jen on fiddle & backing vocals and String on bass, loops and more foot percussion: it was at his Dmusic Studio in Leamington where it was put together too) tend to self identify as folk rock and I'm not sure anyone could argue against that, but like the best creators of new music, they don't seem inclined to allow themselves to be constrained by the expectations of genre, but just get on with writing the songs they want to. The band in fact are keen to emphasise that although inevitably lockdown shaped the creative & recording processes, the songs themselves are not necessarily to be taken as reflections on the lockdown experience itself (guidance I'm grateful for as I realise how prone I can be to reading such things into any lyric at the moment given half a chance).

That said, perhaps more instinctively than intentionally given their statement, 'Let's Have Another One',  is an album we needed from such a band right now, just as the exuberance of live experiences & the joy of communal gatherings seem at last almost within our grasp. Although Firedaze are perfectly capable of exploring their more reflective sides (they consciously wished this new album to contrast with the slower, more jazz tinged predecessor ‘Ever After Land' from 2014), this one tends more to the rousing spirit: the very spirited use of stompboxes in lieu of formal drum kits adds considerably to the primal energy which sits very closely under the beautiful melodic structures of the other elements of their sound.

Of the ten songs on the album, no fewer than four ("Drink To Your Health", "Drunken Sailor", "The Brewery" and "Skol!") have very overt references to the pleasures of the bottle & so could easily be identified as a theme. This sounds like a band ready to resume the party.   Additionally, the set is bookended by a  pair of tracks ("Another One Like That" and "Another One Like This") which although completely separate in style (the former sounds like the archetypical collective ceilidh singalong, the latter is much more restrained & contemplative) nevertheless are essentially the same exhortation to the listener and amount to as much a manifesto for the album  as the drinking songs comprise an internal theme ( wonder if the two versions were originally intended as complementary pieces or whether they had two ideas for the song & liked them both so much they kept them both? One version maybe appeals more to the heart & the other to the head?) At any rate, Firedaze don't make their message ambiguous in any way. They are here to lift our spirits as well as their own and they are yet another act covered by "Hot Music Live" or celebrated in "Hot Music Live Presents" whose obvious joy in making music comes through so clearly on stage or record: and that's why I am delighted to share my thoughts & their music with you.

Coming back to the music, I must emphasise that it's not all about the party spirit: the band are careful to ensure that the album offers a range of shadows & light and the internal diversity to take us along an interesting journey with turns in the road. I particularly liked the darker "Dark and Terrible Thing", one of the many tracks led melodically by Jen's distinctive playing which offers a subtle blend of classical, classic folk, celtic stylings and little touches from more distant cultures.

"Up on Down" is yet another type of thing altogether, more reflective in style yet drawing apparently on a range of styles not necessarily present on the preceding tracks: a funkier more R&B approach, yet with an eastern drone approach also in the mix.

What I suspect few people will have expected though is Firedaze taking on the Girls Aloud classic "Sound of the Underground":  a bold & attention grabbing move & one which they pull off with aplomb. Of course it's a great song to start with, and such ones usually allow themselves to be interpreted in a variety of ways, though possibly not even its writers could have predicted how well it fits with a folk rock approach.

No self respecting folk album could be completed without a song based upon a story or a character & so Firedaze offer us "Jenny Diver" and in keeping with the tone of the album it isn't one of the heart wrenching tales of tragedy in tone, being a lively and bright jig of a tune, though as the song seems to be about the same person as celebrated as "Pirate Jenny" in Weill & Brecht's "Threepenny Opera", there is a darkness lurking too.

All in all, this is good time music when we most have need of that quality. Thank you Firedaze. We'll enjoy playing 'Let's Have Another One' I'm sure, but hearing them play it live will be the icing on the cake & the band are gearing up for live performances as soon as they can: one date I can confirm at this point is the Kenilworth Carnival music event on 26th June 2021.