We don't yet know much about Ezza Brianna.
Get in touch and we'll add some details.

"I Wouldn't Wanna Be Ya" by Ezza Brianna 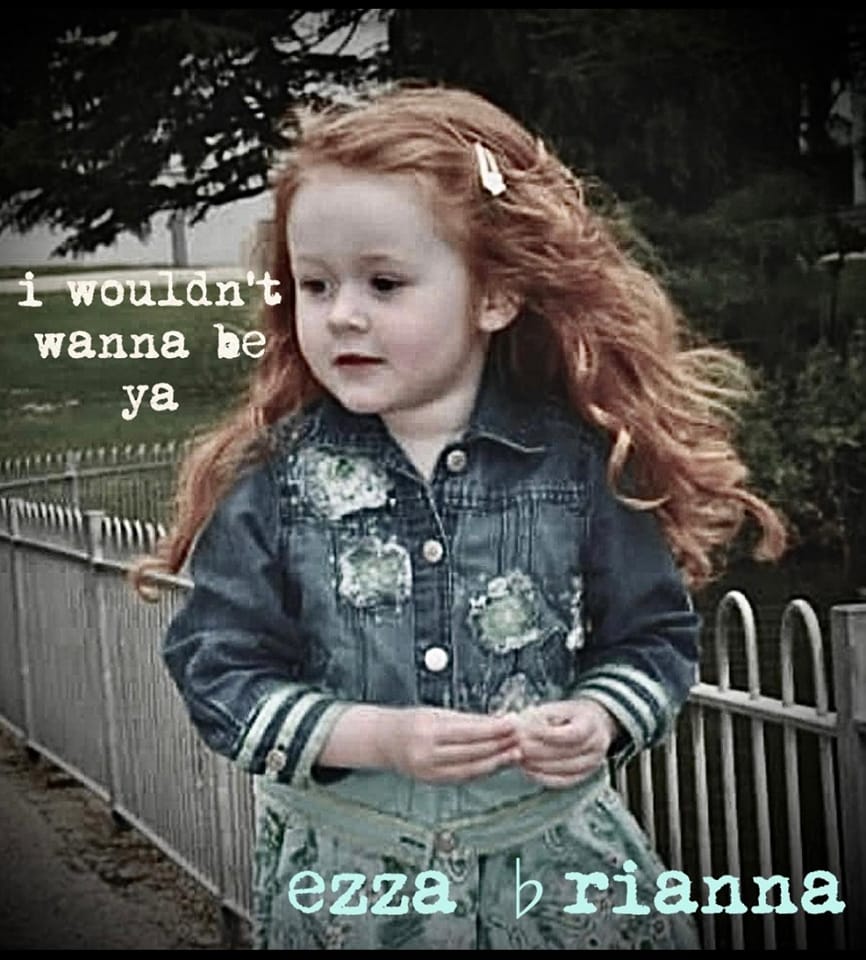 If you have enjoyed hearing the exclusive Ezza Brianna track "Disperse" on last week's ‘Hot Music Live Presents Volume Seven', you probably were eager to hear more from this emerging new local talent. Who might blame you?  If so, and were expecting something at least vaguely similar in sound, then the release of her debut  single "I Wouldn't Wanna Be Ya" (out on Friday) will certainly surprise you: I assure you that it's the same artist even if first impressions suggest that cannot be the case. It will excite you too if you are anything like me.

However if you look more closely at the two songs, one a calm & austere piano led ballad and now  a punky power pop blast of exuberant energy, you realise that there are similarities between them. One is the beauty & clarity of her voice: highlighted to perfection on "Disperse" but also very well foregrounded by producer Matt Waddell of 14 Records on the new single, sitting atop to considerable clatter of the thrilling instrumental parts. And it's worth focusing on as it is clearly one of Ezza's strongest attributes & one which at the start of her career which rightly needs emphasising to make her mark definitively at the first opportunity.

Another area (or indeed areas I suppose as they sit so closely together) of similarity is the quality & wit of her lyric writing & that in turn is informed by the emotional insights both songs, in their apparently different ways express. Ezza has both a neat turn of phrase & an ability to stitch such phrases together into coherent & passionate narratives which tell believable, honest & compelling stories: in fact in "I Wouldn't Wanna Be Ya" they tumble out of her mouth at a great pace and must have challenged her at first to perform: it's a testament to her own articulation & clarity of vocals plus the production that we don't miss a word.

It's an exciting record whether you focus on the words or not (and you really should given the work she's clearly put into them) and will get people up bopping & pogoing live I'm sure. In fact given the two songs out so far it'll be intriguing to see the shape of her live setlists..

However that might pan out, I'm much impressed by the confidence Ezza has in displaying such a wide range of music so early in her career: it is much to her credit & one which should pay off in the long term and keep her safely out of too many media pigeonholes. The quality of her work should overcome the potential fear that some listeners seem to have over getting their heads around artists with ranges & although received "wisdom" tends to persuade younger artists to adopt a signature sound to help brand identity,  that can be very restrictive and narrow creative choices. To be honest, I really can't think of any other artist, young or otherwise, who has displayed such diversity so early in their career.

It's this confidence which is so evident throughout in "I Wouldn't Wanna Be Ya" and which snaps, bounces & fizzes throughout: again a tremendously powerful statement of intent at the start of a career. This is an artist with things to say, an awareness of how she wants to say them & the talent to do it in a way which will communicate effectively to others.

I gather Ezza has been primarily a pianist hitherto (hence "Disperse") and has recently learnt how to play guitar (hence the sound of this single) and maybe this has unlocked new avenues to reflecting her own interests in music… it makes you wonder how much influence similarly assertive local artists such as Ace Ambrose or YNES have had on Ezza & stretching back in time, I can certainly spot traces of bands like the Primitives and some of the great female led new wave bands such as Blondie, the Photos, Go-Gos, Mo-dettes etc: all favourites of mine so you cannot be too surprised at how excited I have been to hear in "I Wouldn't Wanna Be Ya".

This single  is an effervescent & sassy tonic to drive away the winter blues and hopefully set the scene for a vibrant year of local music.. I think Ezza Brianna is capable of going far on the evidence displayed so far: early days yet of course, but she has slammed a most potent calling card down on the table. Ignore her at your peril.

Look out too for the excellent video made to accompany the single.