We don't yet know much about Electrik Custard.
Get in touch and we'll add some details.

"Eye For An Eye" by Electrik Custard 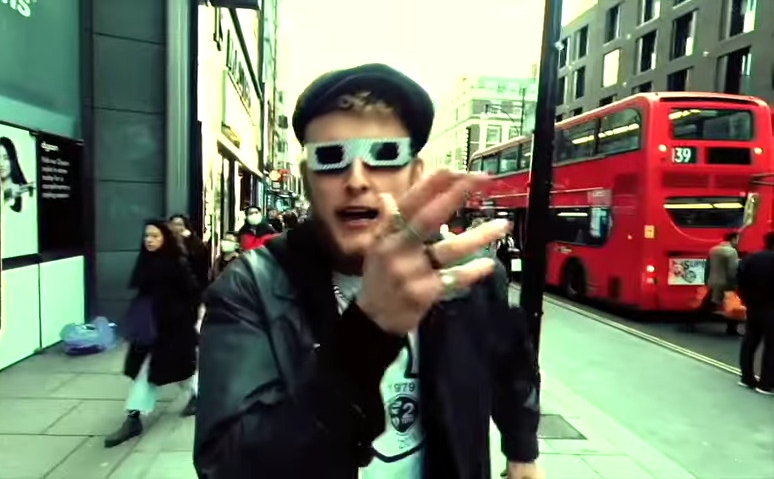 It's been well over a year since Electrik Custard shocked us with "LOUD" (a collaboration with Mina Minné which also featured on ‘Hot Music Live Presents Volume Six') but on May 17th, its follow up "Eye For An Eye" arrives both a single and a taster for their new album to be entitled ‘Dyslexic Mustard' (both on Leamington's Beat Rebel Records label).

And that is really just part of the story.

I've often written of the perfectionism of Custass Finnegan/Ethan Shipley/Mr Binx the chief creative force behind the band & though having heard several superb tracks he has been crafting over the years, I often despaired that he'd ever consider any of them finished nor fit to release.

Factor in his penchant for creating tracks on the road in his mobile studio (often with little access to power) and a life threatening injury & you can imagine my delight (and surprise) at both "LOUD" and the news of some more of his music finally seeing the light of day.

Many of his songs (that I have heard) were purely created by this talented multi-instrumentalist but this musician of extremes is just as capable of many collaborations as he is of being totally self sufficient. In this case, the album definitely inclines towards the former: he has sent me a list of twenty three other artists who play on the album… and which I'll share with you in my review for that release.

In the meantime, "Eye For An Eye" deserves attention of its own. It will come out on the third anniversary of the knife attack on the artist, which I briefly mentioned above & as you might imagine, is a strongly anti knife song.

This is a tricky area. There have been other songs with similar messages & who in their right mind could argue against any of them? That said, all of them, to various degrees are preaching to the converted. Most of their listeners are very unlikely to stab others & while sympathetic to victims, do not need to modify their own behaviours. On the other hand, how can a song persuade anyone who might do such a thing to think again? There are so many deeply rooted reasons & factors involved in why knife crime exists & which are being addressed in so many ways that the contribution of any song to helping this is not always easy to see.

I think "Eye For An Eye" is as good a song on the subject as I've heard. Electrik Custard avoid the obvious preaching or simplistic polite requests to their target audience: I can't see what effect either might have & I suspect the band don't either.

It would be tantamount to accusing the band of cynicism or even disingenuity to suggest that the sound they have gone for as intended to carry the message best to those they particularly want to address: in fact the track is classic Electrik Custard and so perfectly authentic to who they have always been: a ska infused base to allow rapping to perch on top. It is however from the sadder end of the genre and the brass stabs carry with them both reproach & tears this time round. Nevertheless, the sound is well suited for the purpose in hand, utilising the connection they have always had to street culture without any need to fake anything. This start should enable some connection from the off.

The words of course are the key & they pull no punches. Issues are not danced around but confronted and not just the simple ones of "stabbing people isn't a nice thing to do" but the realities of the environments where the problem is most embedded. Most obviously, as the title suggests, it attacks the notion which underpins revenge & honour stabbings: that the cycle of violence which this feeds can only end up at one conclusion & therefore breaking the cycle & not seeking the "eye for the eye" is the bigger call.

It also has in its sights the notion of what it means to be a person, an individual, and thence the much misunderstood idea of "respect". The message here is clearly about rising above the position of complete autonomy with little responsibility towards others & your community & to understand how to interact decently with others.

The vocals/rapping is insistent and it's a credit to Custass that his production allows the words to be clearly heard above the usual Custard cacophony of clashing sounds: the relative slowness of the beat also serves to permit the vocalists to get their lyrics out so we can get them.

It's good to have fresh Custard & this song is amongst the finest they have produced (though I deplore the incident which gave birth to it) and as for the prospect of a whole album…..

Look out too for the video which helps amplify the message: https://www.youtube.com/watch?v=AjXsf3T6WiQ 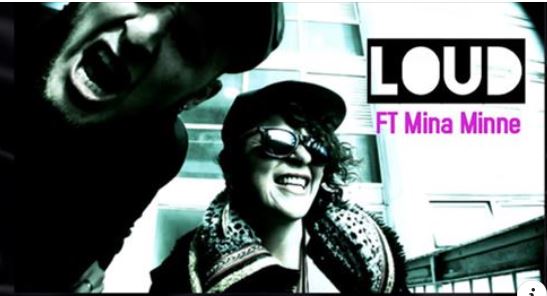 I was greatly & very pleasantly surprised by the unexpected release yesterday of a new single "LOUD" by Electrik Custard featuring Mina Minné. Electrik Custard of course have long been one of our area's most exciting live bands & I have equally long wished for one of their imaginative original tracks for a volume of "Hot Music Live Presents". Chief Custard Custass Finnegan (you may know him by one of many other aliases including Mr Binx) however is nowadays the most elusive of musicians, currently roaming the land in a van & living off roadkill (I gather "LOUD" was recorded & produced in said van) so getting that sorted hasn't yet happened… so if you are reading this Ethan……

Although over the years the band has featured many fine musicians, including some with international reputations, this track is solely Custass plus South African born Mina, from the Eastern Rebels in Bristol, who describes herself as a "galatical being of light learning to observe the darkness" and it is shared with us as their first release on Leamington's Beat Rebel Records as part of their umbrella Rebel movement. We could cite therefore also the involvement of Justin J Bygrave and Clint Bruder from that organisation for helping get "LOUD" to us and Jake Beckett for mastering.

As with so much else the band has created over the years, it is positively impossible to adequately describe (you really must listen to it yourself): which is what I guess good music should always be. It's a different medium to prose after all. Custass, despite his lively stage & video persona is in fact one of the greatest musical perfectionists I know (attempts to include his work on "Hot Music Live Presents" have in fact been stymied by his sending us superb tracks for consideration and then asking us to hold back pending yet further work on them..) and one of the most imaginative in getting seemingly disparate elements to gel together (though often the clashing of elements is a key part of the Custard sound). Very contemporary in feel as always with the customary roots in dance music & urban sounds, you also get elements from around the world & the various cultures beyond our increasingly narrow shores: not just from Mina but eastern modes, variations on the ska beat, his distorted clarion trumpet. In his trademark restless style, things are constantly happening. Custass is never one to set up a beat or groove & just run with it: no bar is similar to another. Samples drop in and out as do instruments. The beat evolves & shifts so frequently than in the hands of a lesser creator, it would be incoherent. Not so here: it adds to the excitement & keeps us fully engaged throughout. The vocals entwine in all sorts of permutations & how they are processed varies constantly.

This is a very exciting track (the title & lyrics tell you all you need to know about how it will be played live) but there is so much detail to listen to that you can enjoy it repeatedly in the comfort of your own home long before you are likely to catch it on the dancefloor.

There is also an excellent video for "LOUD" (shot by Kristina Adams at "the last minute" in which Mina was available) which you can see at:  https://www.youtube.com/watch?v=7AhDpETuKaA

We hear all too little these days from Electrik Custard so this has been a big bonus: especially given that I certainly wasn't expecting it. May new tracks follow from the van as it travels around & may we begin to dream of a gig? I honestly can't remember when I last saw them, but if this is the start of renewed activity, then it is truly one of the bright spots of 2021 so far. 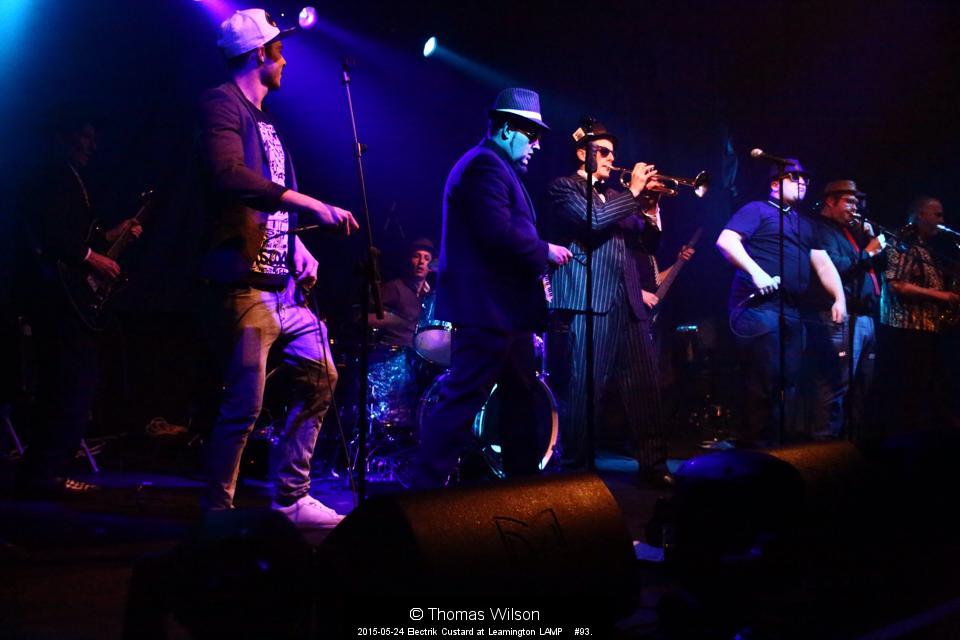 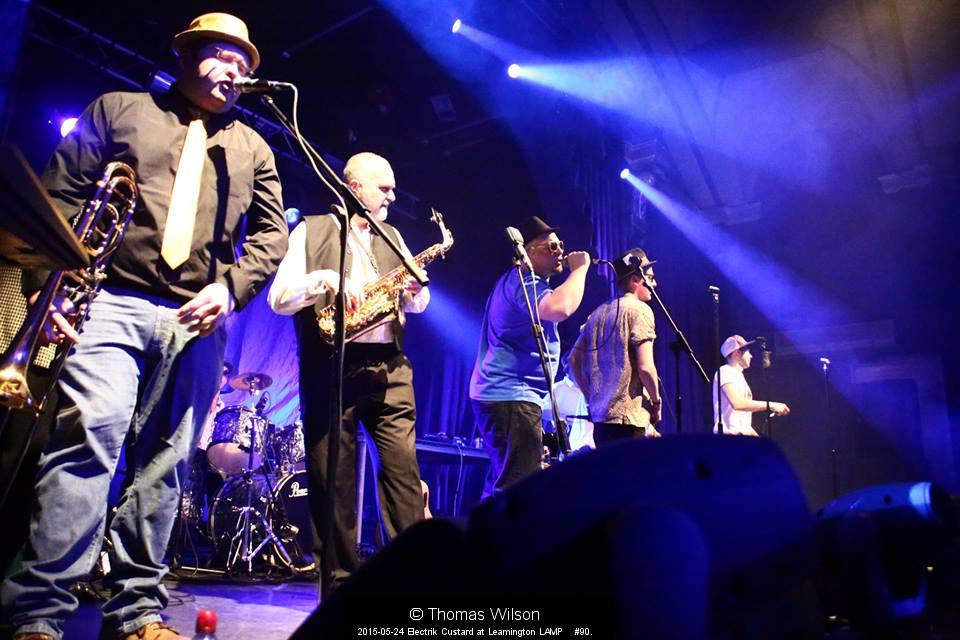