We don't yet know much about Dr Feelgood.
Get in touch and we'll add some details.

Satsangi & Dr Feelgood at the Assembly 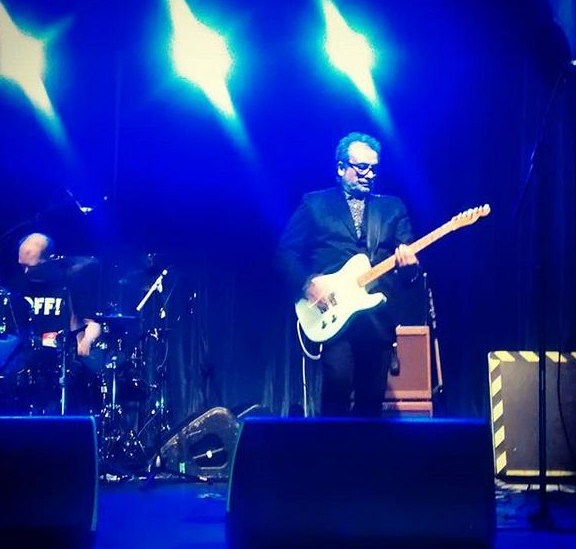 I had already had every intention of popping along to see one of my all time favourite bands, Dr Feelgood at the Assembly last evening but it was a real extra treat to hear that top local band Satsangi had been added to the bill since it was first announced. Readers of my reviews will already be aware of my love of this band & in fact it was the second time I'd seen them this week after their superb APE Promotions/"Alternative Sounds" performance downstairs in the Zephyr Lounge with (among many others) Roddy Radiation. Fascinating to see them play on the same bills as such great names & more than hold their own in that company. Interestingly, there was little or nothing to choose between the vocal skills & projection of Satsangi vocalist Su Menon & Dr Feelgood's Robert Kane: both are extremely powerful singers with an ability to deliver at full power with no loss of clarity: indeed although I have heard Satsangi play outdoors, I tend to see them in smaller venues (apart from the Empire where I stayed close to the stage): last night I moved to the rear for a couple of numbers & her voice was just as distinct & impressive back there. As support act, the Satsangi set was relatively short & marks a transition into this forthcoming "You Saw Something" album (due next month) with tracks from that being introduced to good effect alongside fan favourites from previous albums. Swansea's loss (they were originally supposed to be playing there last night) was definitely our gain.

What can one say about Dr Feelgood? This band have the most peculiar history & defy most of the rules. The archetype "Trigger's Broom" band, with no members left from their iconic first lineup nor the later one which had the hit singles, this should in theory be the sort of affair I'd feel uneasy about. Not so. A band which started as a pure R&B one & which over the years has extended its blues repertoire through the virtuosity of new members & yet few bands have had such an effect on the birth of punk rock...

How do they make this work? Well there are several reasons. Firstly, although none of the current four (who have been Dr Feelgood now for nearly twenty years: the original lineup only managed six) do date back to the era when the band made its reputation, guitarist Steve Walwyn, bassist Phil Mitchell and drummer Kevin Morris all played with Lee Brilleaux, in some cases for a good decade, so are thoroughly steeped in what it means to be a member of the band. The continuity is at Lee's request & is supported by Wilko Johnson, the Big Figure & John B Sparks. Is the fury & passion which inspired bands such as the Jam, Clash & Sex Pistols still there? Yes it is. This is not your average R&B band, the hallmark is musicians who love their music & deliver it with 100% commitment: though it is noticeable how their very considerable experience has allowed them to carefully build & calibrate sets, varying the dynamics and probably prolonging them beyond what the original hell for leather sets could be. Whatever fuels them these days is pure passion & not any more dubious substances.

What has gone however is the image which again inspired the punks: I can only think of the Who to be bracketed with the first Dr Feelgood for looking genuinely frightening. These guys are simply too nice to get away with that. Thank goodness.

Equally, the idiosyncratic playing has evolved. Wilko's style is unique & Steve, one of the great R&B players in the world has his own way of playing: it would do a disservice if not insult to two of my favourite guitarists to copy the technique (also I imagine it might cause him injury: it looks potentially rather painful): Steve reproduces Wilko's iconic licks in his own inimitable fashion.

The setlist contains a plethora of songs well known to all in the audience & probably most readers. Plenty of Wilko era favourites, a sprinkling of later tunes, some nuggets from the great R&B songbook and they were over an hour into the set before I realised we hadn't even got at that point to the hits. I shan't bore you with a list of titles. You know these songs.

There were several "gear change" moments: firstly one of my favourites "All Through The City" and then a staggering version of "Dust My Broom" when Steve switched to slide guitar and the band really let loose.

The crowd were clearly all long term fans & the feeling was heightened by it being a "home town gig" for Steve (and it's a great opportunity here to insert a repeated appreciation of all that he does for local music). The demand for this band is global, so local connection & the privileges of that not withstanding, we are jolly lucky to get to see this band. They are not simply the best at what they do, they are in a field of their own.