We don't yet know much about Dan Bygrave.
Get in touch and we'll add some details. 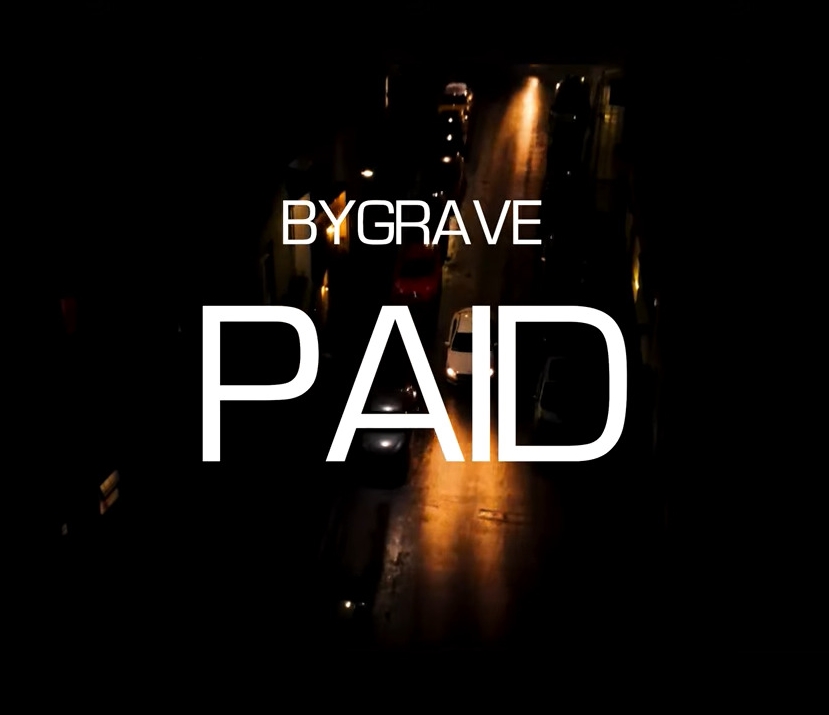 Out now from Dan Bygrave is his new single on Beat Rebel Records named "Paid".

A frankly sombre affair, produced by XVX and mixed and mastered by Wigz at Studio 7, the track sees the artist somewhat burdened by cares regarding the state of the world. Nevertheless although clearly he has been thinking much on what he sees around him, he's not overwhelmed as yet by darkness but has come up with a strategy to survive:  "…when you see your inner demons , dark feelings , greet them with a smile.." which although brave & one which will take much effort, is a positive response & a fitting riposte.

Unsurprisingly, the musical tone is in sync with the sorry state of the world as he sees it: moody, dark & sparse, with even elements such as the bass only dropping intermittent notes into the arrangements, along with the other elements (I liked the harmony vocals though they appear so infrequently and at such depth that you need to listen out for their anguished wailing). I liked & applaud the restraint: just right for the task in hand.

As for the message: well I'm certainly not going to oppose it & indeed I respect it, but it will take some effort… ultimately I suppose it's about accepting that you can't fix the huge problems of the world, but you can do something about being sucked into a void of despair about them.

Check out too the suitably toned video at https://youtu.be/Lt9rjaCD1QM directed by Jake Moore