We don't yet know much about Canned Heat.
Get in touch and we'll add some details.

CANNED HEAT - RAISING THE TEMPERATURE AT THE ASSEMBLY 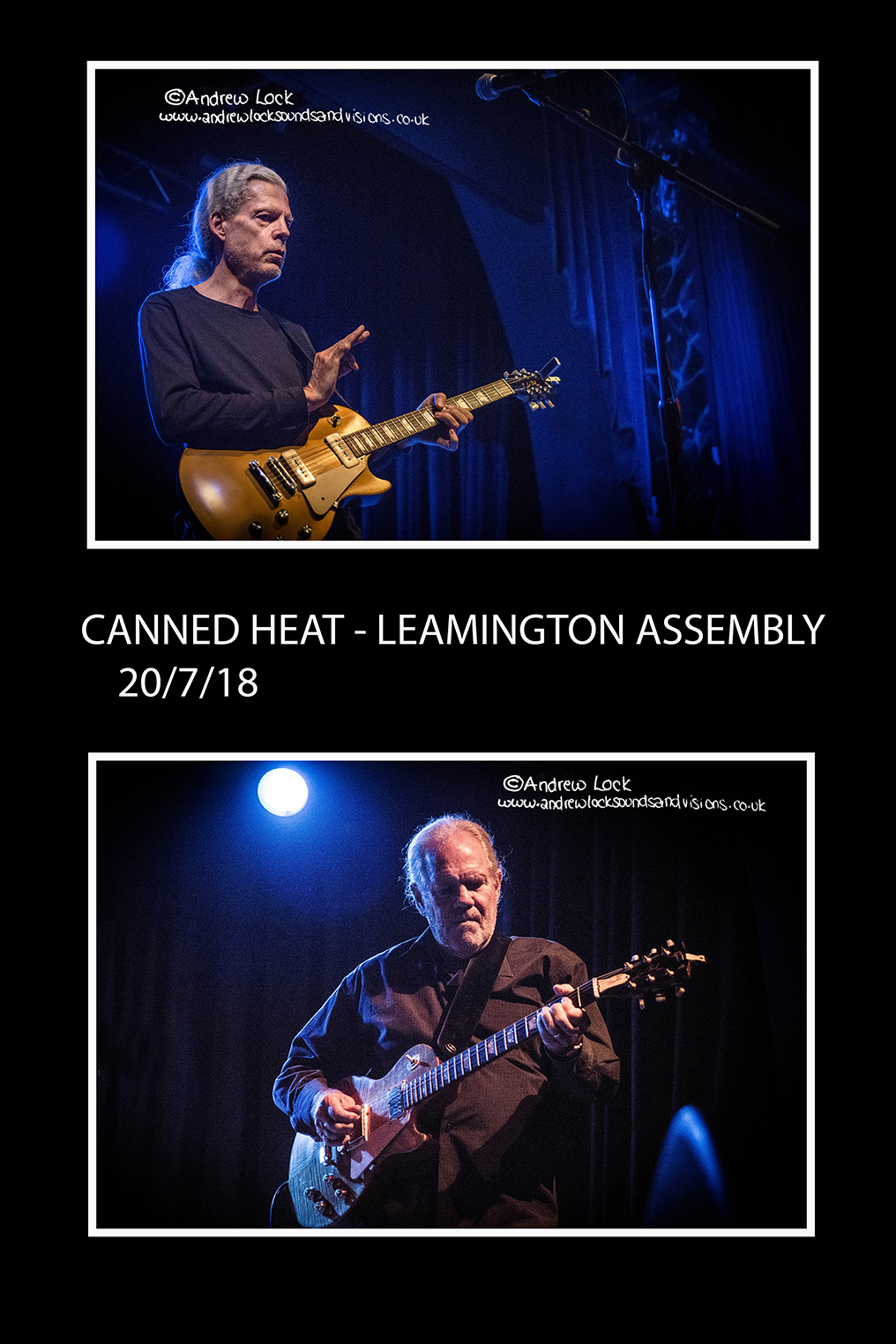 One of the shorter sets I have seen but what it lacked in length it more than made up for it in quality and of course it was a chance to see one of the truly iconic American rock bands in action.
The band of course graced the stage at the most famous music festival in history at Woodstock back in 1969 and the current band line-up still has two members from that prestigious event in drummer Adolfo "Fito" de la Parra and bassist Larry "The Mole" Taylor and in 2016 they set out on a 50th anniversary tour so this year marks 52 years as a band (good at maths me!).
This was for me a rare seated show at the venue but many of the seats were not used later in the set when the audience got up (or down!) and boogied.
So impressed all set with the bands faultless groove and musicianship with so much of the set having a feel good vibe and you could not help but tap your feet and move to the wonderful sounds these four veterans were producing.
Starting the set with the classic ‘On The Road Again' with that incessant and captivating riff and magical harmonica the set was perfectly paced as well as performed with plenty of blues, touches of jazz, psychedelia and country.
‘Time Was' and ‘I'm Her Man' kept the blues feel going the former laid back and slow burning the latter up beat and zesty.
Elsewhere in the set getting plenty of people to their feet the frantic paced blues/country classic ‘Going Up The Country' went down a storm and the band showed their jazzy side on a cover of ‘Cristo Redentor' full of exquisite harmonica and guitar work this instrumental was a sublime piece of chilled out music.
‘Future Blues' was zippy feel-good rock and roll blues and there was an authentic train-a-rollin blues style to the classic ‘Rollin' And Tumblin' a blues tune dating back to the 1920's.
There was a Hendrix feel along with a psychedelic touch to ‘So Sad (The Worlds In A Tangle) which rocked along with plenty of explosive guitar work to go along side its world is in a heap of trouble lyrics.
Acting as a perfect book end to the main set (with opener ‘On The Road Again' the other side) it was classic time again and with its iconic riff, full of groove feel and positive uplifting words once again the hall was well and truly rocking.
Encore time and first up an instrumental ‘Boogie' which alongside a driving blues riff gave all members a chance to shine on their individual instrument and finally the sad low down blues of ‘Cryin' Won't Help You'.
For me this show was a little piece of rock and roll history and I felt privileged to be there but just as important musically it was top draw.