We don't yet know much about Brixton Alley.
Get in touch and we'll add some details. 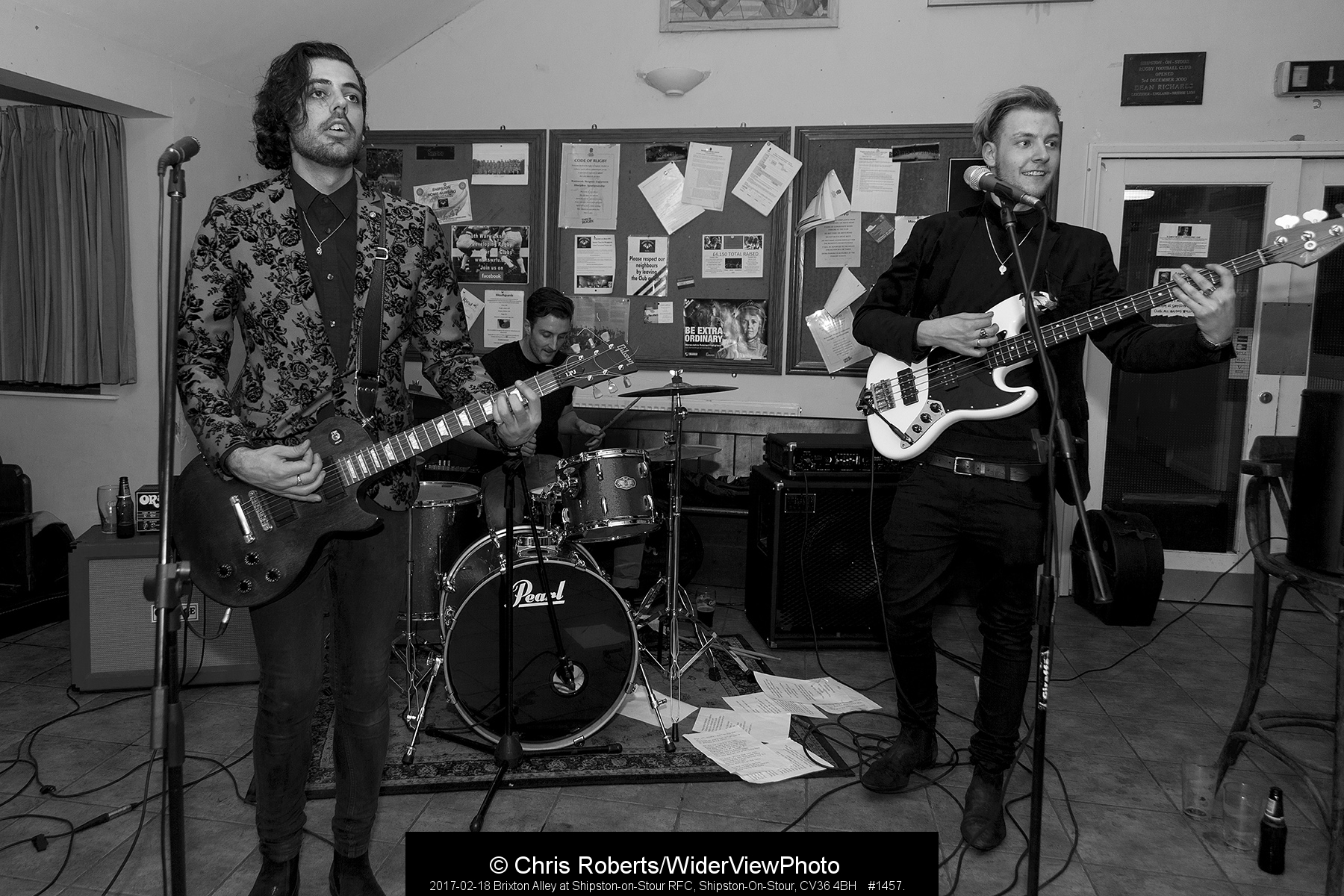 1 of 5
The 3 piece band Brixton Alley returned home with a successful gig at the Shipston Rugby Club last weekend. The band line-up is Jonny Magro (Guitar & Vocals), Ben Wells (Bass & Vocals) and Alex Wells (Drums) and they have been performing for almost three years in both South Warwickshire and London venues. Their influences include Artic Monkeys and various Hip-Hop artists.With two of the band Shipston based and the third from Stratford-upon-Avon they enjoyed the local support, which has come from both winning the Shipston Proms Fame contest in 2015 and appearing on the main stage in both 2015 and 2016 (when they supported hip-hop band DUKE).The band whose style is a mixture of heavy-weight funk bass lines, cranked guitar riffs and startling machine gun syntax to their music along with a heavy drum beat. The musical connection the band share is undeniable, when accompanied by their "off the wall stage presence", they deliver a break-neck speed performance.With a solid back catalogue of 30+ songs they have written over the last three years the band are keen to get further notice from the music industry and to that aim the three lads have all gone part time with their day jobs so they can spend more time in the studio. To help them further they are currently building their own studio in Stratford-upon-Avon so they can record a new EP which will be released this summer.For the Rugby club crown they kicked off with band favourite "Bang on Midnight" and followed that up with several more of their own high energy songs "Drama Queens", "Secrets", Cable Car" and finishing with "Simply Sally".The band are looking to play at more South Warwickshire music venues, as well as selected London venues. One local gig that is already confirmed is for the Robert Dover's Olimpick Games in Chipping Campden on Friday 2nd June. The band have their own dedicated YouTube channel to samples their songs and style.