We don't yet know much about Brian Wilson.
Get in touch and we'll add some details.

CROPREDY 2018 - MY TWO DAYS IN THE COUNTRY, COME RAIN AND SHINE 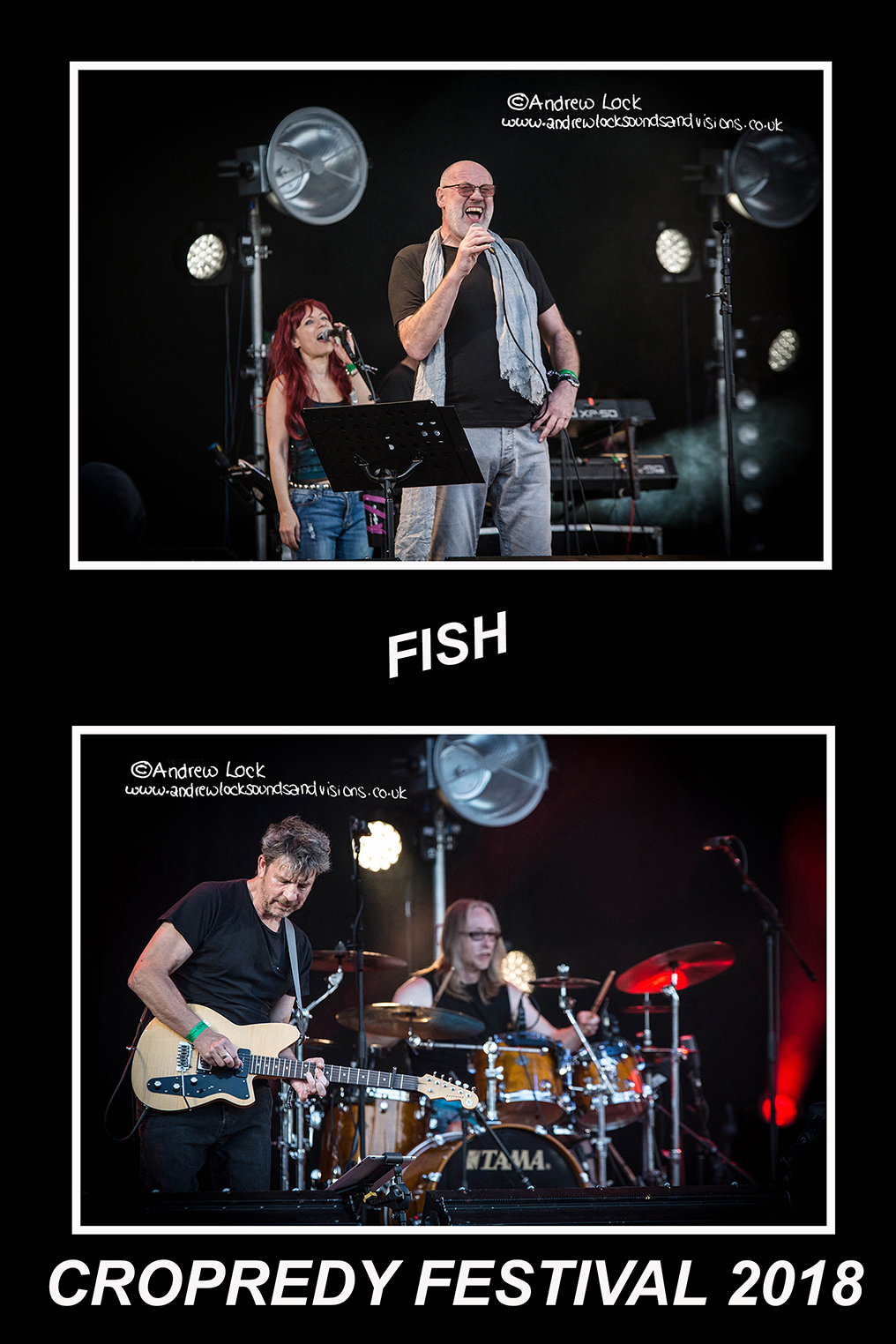 After my first ever visit to Fairport's Cropredy Convention last year on the Saturday I was pleased to be invited back with my camera again this year and doubly pleased that this year I could make two days.

Arrived nice and early and after a brief walk around Cropredy village to take in the atmosphere I made my way to the festival site to sign in etc.
A short acoustic set by our hosts Fairport Convention which also doubled as a welcome from the band to their 2018 festival opened proceedings and a great way to set the ball rolling with upbeat numbers like the apt ‘The Festival Bell' plus there was a special guest appearance by Maart Allcock (unfortunately not in the best of health but what a trooper).
Next up the wonderful vocal harmonies of duo Smith & Brewer which reminded me at times of that fantastic Everly Brothers sound while their different guitar techniques also impressed and complimented each other with'Isabella' a standout both on the main stage and of their brief BBC Radio Oxford performance at the stations stand.
Two uptempo, lively bands next on the bill firstly Police Dog Hogan who with a mix of Americana and roots music and a huge array of instruments including trumpet and accordion delivered a set full of energy and vigour and dealt so professionally with opening number sound issues.
Keeping the energy levels high it was then the turn of the award winning Oysterband to take the stage for a power-packed set with plenty of attitude, 'The Oxford Girl' and ‘Before The Flood' were just a couple of the crowd pleasers in their lively set.
Headline time and what a privilege to be at the festival let alone in the photo pit when the absolute musical legend Brian Wilson took to the stage with his top notch band and launched into ‘California Girls'.
The fact that Mr. Wilson has (not surprisingly) a few vocal issues these days for me certainly did not detract from the magic and majesty of iconic numbers ‘Little Deuce Coupe', ‘Help Me Rhonda' ‘Don't Worry Baby' a simply beautiful ‘Surfer Girl' and so many more and of course as a bonus the set included the iconic Pet Sounds album in its entirety.
Lead vocals shared by several of the band including guitarist and Beach Boys founder member Al Jardine and 1970's Beach Boy Blondie Chaplin, and for me (and many others I am sure!) a really emotional part of the set was Brian taking lead on ‘God Only Knows' with the crowd singing along in support - bought a lump to my throat I must admit. I just felt completely honoured to be there.

A rainy start in the morning and it got worse come showtime as us in the photo pit along with the entire audience were greeted by that rare (well recently) weather phenomenon **rain**.
Making up for the conditions though was the early afternoon opening set by BBC Radio 2 Young Folk Musician of the year Mera Royle joined later in the set by some of her college music friends and her beautiful harp and violin work was a true delight and for someone so young and at the start of their professional musical career she handled the big stage with aplomb.
Next up to fight those pesky elements the uplifting, rocky blue grass sounds of all female 5 piece Midnight Skyracer and the fab harmony vocals mixed with fine guitar/banjo picking and wonderful stand up bass work had many parts of the audience dancing in the rain.
Next up and apologising for bringing the rain down on our heads from their home city of Manchester (although of course the sun came out from their set onwards!) the rocky Americana of The Travelling Band who's set included a crowd pleasing take on Elton John classic ‘Tiny Dancer' alongside well crafted originals including the almost prog/folk mix of ‘Into The Water'.
The set by Cregan & Co was brim full of smash hit singles, many from the Rod Stewart catalogue of course as guitarist/vocalist Jim Cregan was Rods band leader for 18 years, also great to see Harry James one of the hardest drummers in music at the back.
Jim's set was just about non-stop highlights including blistering performances of ‘Hot Legs' and ‘Baby Jane' and a heartfelt ‘I Was Only Joking', all in all just about a perfect festival set and how cool that the Fairport boys came on to jam at the end of final number ‘Maggie May'
Fun with a capital F along with fine musicianship next on the menu with an infectious, at times raucous set by Canadian folkies Le Vent Du Nord and their vibrant set certainly got the crowd moving and they are so entertaining to watch.
One of my personal favourite artists to the stage next the mighty Fish with for me (okay slightly biased but it was!) a knockout performance including most of the 1987 album Clutching At Straws he recorded with Marillion as he is still celebrating the albums recent anniversary along with solo highlights and plenty of his usual wit and wisdom.
The likes of Clutching classics 'Warm Wet Circles' and ‘Sugar Mice' went down really well as did back catalogue solo numbers such as ‘Emperor's Song' and ‘State of Mind' and he had the front of stage punters jumping like crazy on frantic set closer ‘Incommunicado'.
His band which included regulars Doris Brendel, Robin Boult and Gavin Griffiths all gave their all and so looking forward to Fish's show in Leamington at the Assembly this September.
I was captivated by Kate Rusby's set and her beautiful voice and natural Northern charm washed over the arena as the light faded and the stars came out and highlights (fittingly!) including ‘Hunter Moon' and a spell binding ‘Underneath The Stars' just two of the jewels in a majestic set.
Only caught the first few numbers of the headline set by the Levellers and must admit I was surprised to se the band seated for the start of the performance (sure they stood up and rocked later) but they still showed with fiddles flying and charismatic frontman Mark Chadwick leading the way why they are such a popular festival band.
Well that's my brief look back at my two days at Cropredy this year, great music covering several genres as well as a good dose of folk of course and as with last year I was looked after so well by all of the festival backstage crew and media guys so a big thank you to them all and if you love live music this is one amazing festival you must visit at least once in your lifetime.