We don't yet know much about Blues Extra.
Get in touch and we'll add some details.

Blues Extra caught in the act

From Howling Wolf to Spaghetti Westerns: a conversation with Blues Extra

Five against one sounds like risky odds. Nonetheless, in the service of boogie and armed with nothing more than a well-sharpened pencil, I venture into the old Coffee Tavern to hang out with the full lineup of local rock heroes, Blues Extra.

"What's that name all about?", I want to know. It turns out that the guys started out as a strictly blues outfit but soon realised that their audiences were looking for a broader repertoire.  As bassist Terry Villars, puts it, "We wanted to do blues and suddenly realised that if you played twelve-bars all night it would be a bit challenging for the audience so we threw some other rock stuff in a bit of extra. So that's how it came about."  So the set list evolved to include blues-based rock from Hendrix's Red House to Zeppelin's Rock and Roll together with Prince's Purple Rain. "Prince is a blues-rocker?", I ask innocently.  Drummer Tony Ashpool picks this one up,  "We tried to do things that were more blues-oriented originally.  But we got rockier and poppier rock over time. It's a real mixture."

"So on a scale from Robert Johnson to Gary Moore…", I wonder. "Towards the Gary Moore side, definitely!" they answer, on a scale from 1 to 10, it's an 8."  "We've never played any delta blues" says multi-instrumentalist Tony Freeman thoughtfully while Terry recalls that they do cover Howling Wolf's, Smokestack Lightning.

"So it's more about a modern rockier treatment of the blues than a deeply authentic rootsy interpretation?", I speculate.  "We'll do more 70's pop stuff like Radar Love as well, Golden Earring. Not blues at all but it's a great song and goes down well. People like the old favourites", says lead guitarist Louis Ballestrini, "But I think I'm stuck in the 60's and 70's; I don't know about the rest of the band." "That's because you're much older than we are!", Terry comments, adding, "70's definitely, perhaps a bit of 60's as well."

How about influences? Well, Jimi Hendrix is certainly a contender here. Louis confesses, "Hendrix  was the first guitarist where I thought, ‘My God what's happening?' That was Electric Ladyland back in 69 when I was 15.  I thought one day I'm going to play something like that - it's taken me 40 odd years and I still haven't sorted it out."  But Terry comes to the rescue here, "He's putting himself down, he's very good at Hendrix." Similar classic rock influences include Led Zeppelin, The Rolling Stones and AC/DC together with many of the old blues greats and modern blues rock outfits such as King King and Joe Bonamassa. Tony F is reluctant to name his favourites: after recent gigs to see BB King, Gary Moore and Oscar Peterson, he feels increasingly like a subcontractor for the grim reaper. Rounding out this bluesy vibe, Tony A brings an attachment to funk, soul, ska and two-tone together with a taste for Spaghetti Westerns.

We get talking about the local blues and rock scene and I wonder what makes Blues Extra so popular. "We've got a range of instruments, Tony plays keyboards, harmonica and good jazz guitar, that helps a lot.  Lead guitar, bass and drums and the keyboard really does fill things out." "So it's a rounder sound?", I suggest. "Yes, and three of us can harmonise", adds Tony F.   "We put our own spin on things occasionally, make it our own", Terry adds. I ask for some examples. "We deconstructed Joe Bonamassa's Dust Bowl", says Tony F  with a grin. "Destroyed it really", Louis interjects before Tony picks up the thread  again, "We turned it into a Sergio Leone Western masterpiece. Goes down well; on a good night you can spot at least 3 film references."

"And you have a new singer?", I ask. Terry answers, "We've got a new vocalist, Luca Rusnighi. We wanted a good front person, someone who was really going to go for it and Luca does doesn't he. He's fantastic." "It's given us a new lease of life", adds Tony A,  "He's just much more of a front man for the band, rather than somebody who just sings with the rest of the group." "And he tells us when to stop!!", adds Louis, "When he puts his hands up in the air, I know I've got to stop my solo which can go on for about 15 minutes if everyone lets me. He's like a bandleader as much as a singer .. which is good … he's a good singer too, good songwriter ...  he's Italian - I'm half Italian, he's from Milan, I'm from Margate."

A moment later, Luca arrives and we get talking about his vocal style.  "We're very much influenced by British Blues, very electrified,not very traditional … it was always the blueprint of the band. For the type of singer I am, I don't have a voice that really suits the original blues singers." How would he describe his voice? "It's like Robert Plant, it's high!" "Luca used to be in a Zeppelin tribute band" adds Terry, "It's high and powerful - he can belt it out."

I ask the guys which venues they are playing these days. "Mostly pubs, festivals and beer festivals like Hook Norton" says Terry, "We always get invited back. We've not done a gig recently that we've not been invited back to. That's always good. - and they tend to pay us more the second time. Lots of pubs in Rugby and Warwick, like the Punchbowl and the Squirrel. Quite a few new ones this year. And we've just been approached by Leamington Beer festival." The Antelope in Warwick is a favourite spot,"It's intimate but it has energy".  As for the notoriously petite ‘stage' at the Squirrel,  Luca reports,  "I have to be careful because I hit the ceiling with my head."

The conversation turns to the constant hassle of finding gigs. The band's view is that in some ways the scene is healthy with plenty of places putting on blues and rock acts. On the other hand, fees are generally much lower than they used to be. "The money was better 10 years ago", says Luca, "But there are a lot more places doing it.  If you had to do it for the money, I don't think you would do it. People say, you book a gig, it's a couple of hours,  but you have to bring your own equipment, you have to drive, the effort of learning songs, getting together, …. it's a lot of work for the financial return that you get." It's also very competitive and many pubs now need a demo or YouTube performance and tend to book up months ahead.  "We can't book you in this year, it's only bloody February - I like it more spontaneous."

I suggest that in spite of these challenges, Blues Extra are rather successful at getting work in a climate many acts find difficult. It sounds like the trick is to build a following. As Terry puts it  "We're getting a reputation and that's good - loads of Facebook likes. We've got hardcore fans. Sometimes we'll do  an encore for 15-20 minutes and they're still wanting more - which is fantastic. The Punch Bowl was the perfect example, it was hard to get in there as you know.The first one was for a reduced price. They liked us and booked us for four more gigs. This year we've got four gigs again. We get in somewhere, they keep rebooking us."

I wonder who else the guys rate on the local scene. The answers are maybe surprising covering The Last Minute, HunkyDavy, Shanade, Jabba Cartel, The Peas together with the Sam Powell Blues Band.

Waving my now blunt pencil in the air I wrap things up by asking the band whether they're driven by money, reputation or fun. The answer is unanimous. "Fun. You've got to enjoy it!"

Blues Extra at the Squirrel

by Testeditor, May 21 2017 THANKS TO GRAEME KIDD FOR THIS REVIEW!It's been a while since I'd seen Blues Extra perform, and to have a chance to catch up with some friends so I was looking forward to their gig at The Squirrel in Rugby. Blues Extra are a five-piece, experienced semi-professionals from Rugby, Kenilworth and Leamington Spa, and consist of guitar, keyboards, bass & drums, supplemented by stylish harmonica playing and acoustic guitar. There is always a special atmosphere at The Squirrel and even though the sightlines aren't great, the sound is always good and the beer is well kept. The gig kicked off with a rousing version of So Many Roads, a Joe Bonamasa number which is always a crowd pleaser and was quickly followed by Riders on The Storm and Hold Your Head Up which got the audience singing along. I particularly enjoy the songs where the band have done their own arrangements especially Don't Believe a Word by Thin Lizzy and Led Zeppelin's Bring It On Home. They seem to find an added depth and unexpected poetry in the lyrics as well as exposing musicality and melody that is often lost in high speed, high volume performances. Their rendition of Joe Bonamassa's Dustbowl is a fine example of this, with hints of Sergio Leone's Spaghetti Westerns added to an already fine song. With Blues Extra the "Extra" is in the second set, where things shift up a gear and the shift from Blues/rock to Hard Rock kicks in. Jimi Hendrix, Cream, T Rex, Bad Company, AC/DC, Mott the Hoople and David Bowie are all covered with carefully crafted arrangements and exuberant performances. Finishing on Alright Now is a good touch, with the crowd joining in during the chorus. I believe the next few gigs are in Warwick followed by some festivals and charity gigs over the summer, including headlining at Hook Norton, before they are back at The Squirrel in September.

Blues Extra at the Joseph Arch 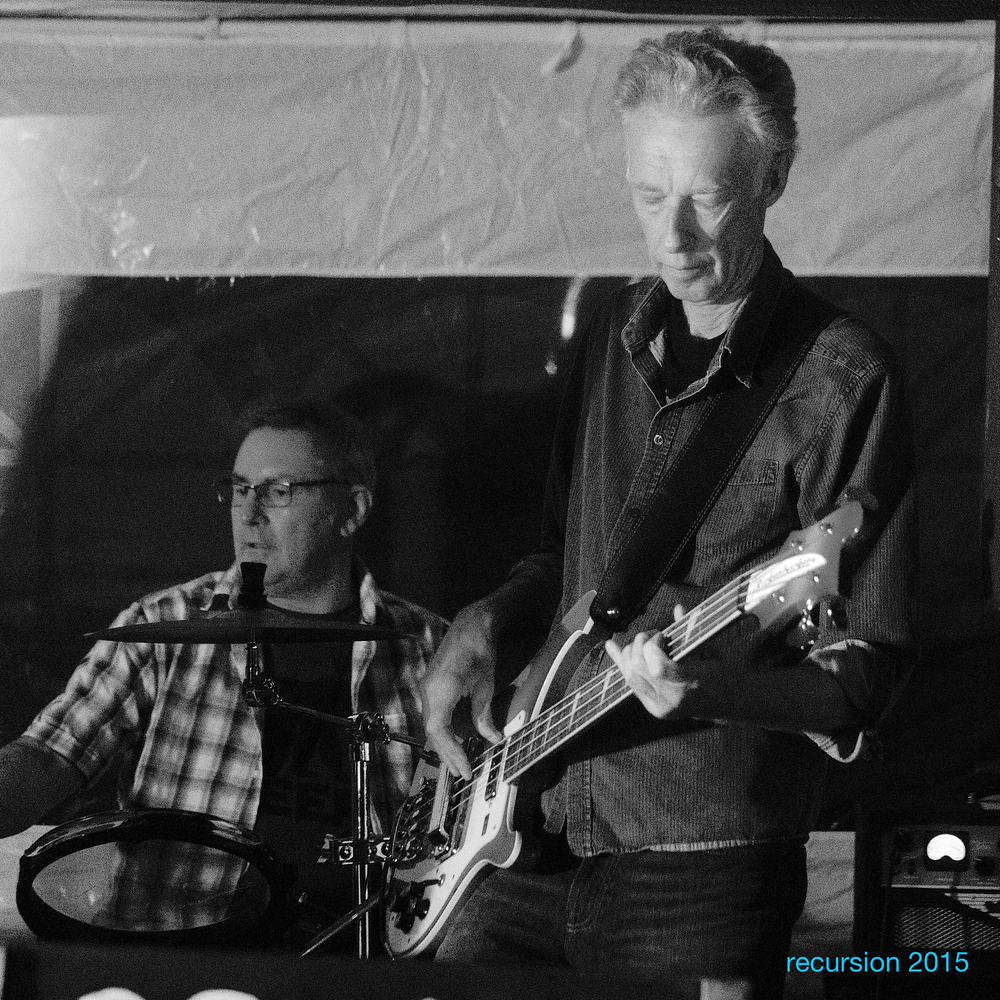 1 of 4
A fabulous night of blues rock from Zeppelin to Green via Lizzy. These guys have a rock solid stomping rhythm section, searing guitar, rootsy harmonica and a front man with some real presence and projection.