We don't yet know much about Belinda Carlisle.
Get in touch and we'll add some details.

BELINDA TRIUMPHANT AT THE ASSEMBLY

A rare show at the venue for me without my camera (did feel a little naked!) but what a night it was with Belinda rolling back the years in spectacular fashion when she bought her Heaven On Earth 30th Anniversary tour to town.
First up with a short set of original material American pop-rock singer/songwriter and producer Gabe Lopez who produced and played on Belindas latest album Wilder Shores which is based around yoga chants (nothing performed from this album at the show).
Gabe played solo electric guitar with backing arrangements on tape etc apart from a wonderful piano based number that incorporated part of Elton John classic Rocket Man, an impressive voice he has as well mixing different keys in the same number and his rockier material including standout ‘California Blues' had a good, upbeat groove and went down well with the Assembly audience.
For Belindas set we had the complete Heaven On Earth album performed in the show, not all together and in the original running order but mixed in with with numbers from her other biggest album 1989's Runaway Horses and a couple of her other 80's early 90's big hitters.
As expected it was a performance of uplifting pop/rock anthems and beautiful ballads full of fab hooks, catchy chorus's and tales of love and longing and that voice was in magnificent form, she has also put together a quality band to add to the magic and I was particularly impressed by the lead guitar work and the backing vocals of the acoustic guitarist.
Bookended by the intro and show-closing sounds of Frank Sinatra's The Lady Is A Tramp and California Girls by the Beach Boys (latter a perfect choice by the way) this was a night filled to the brim with classics.
Every one a winner but especially loved the opening and wonderfully flowing ‘I Feel Free' the Cream classic that she covered on the Heaven On Earth album and other delights from the anniversary opus included the tearjerking (well me for!) ‘World Without You', and uptempo feel-good rockers ‘Fool For Love' and ‘Should I Let You In?'.
Also from the Heaven album Belinda danced her way (even with a cartilage issue) through a sublime ‘Circle In The Sand', rocked the joint on ‘I Get Weak' and of course the ‘just had to be' set closer ‘Heaven Is A Place On Earth' was greeted with a huge reception and the sell out crowd in fine voice.
Runaway Horses album tracks (and sure hope she was serious about a 30th anniversary tour in 2019 for this cracking album) included an emotional ‘Vision Of You,' a sparkling ‘Summer Rain' and a pulsating ‘Leave A Light On' the latter my favourite ever Belinda number so I was a happy lad.
The encores firstly kept up the pace and energy with two of her later anthems ‘Big Scary Animal' and ‘Live Your Life Be Free' before slowing things down with the final number and also completing the Heaven On Earth album full performance with a beautiful ‘Love Never Dies'.
This has to go down as one of my best ever Assembly gigs, wonderful atmosphere, a full house and one of my favourite female vocalist in magnificent form with her red hot band and a cracking set list.
Fingers crossed for that 2019 Runaway Horses 30th anniversary tour.

BELINDA CARLISLE - COMING TO TOWN AND SOLD OUT AT THE ASSEMBLY 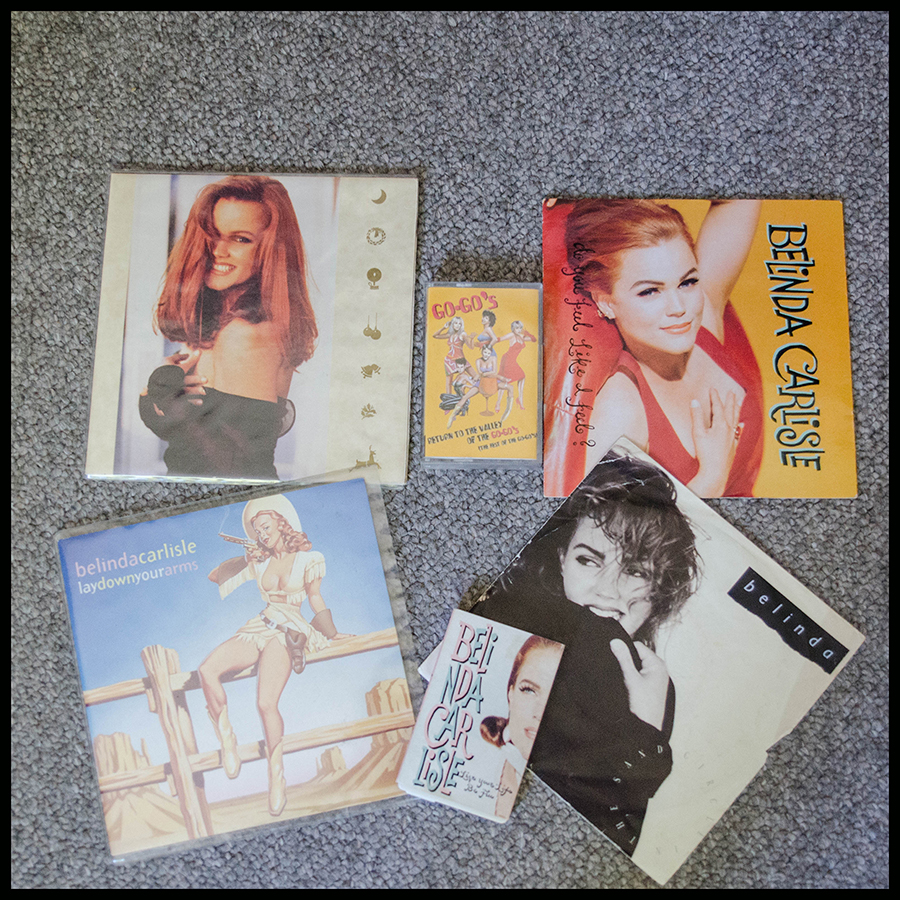 Really pleased that Belinda one of my favourite female singers has included Leamington as one of the dates on her tour celebrating the 30th Anniversary of her biggest album Heaven On Earth and it is fab that she has sold out The Assembly on Thursday October 12th, not quite as pleased though that I have not managed to get myself a ticket for the show but I am sure it will be a great night for you lucky ones.
While I have always been for the most part an out and out rocker into the likes of Black Sabbath, Judas Priest, Thin Lizzy and so many more I have always enjoyed the lighter side of rock music, in fact music in general and adored Belinda and her distinctly toned, slightly husky vocals and top notch pop/rock arrangements.
Most of her material had a wonderfully upbeat, happy-go-lucky feel with oodles of romantic imaginary often with a fabulous hook and chorus.
I just about caught the end of her 1970's/80's times with all female combo The Go-Go's (which also introduced us to Jane Wieldlin later to have a smash hit with ‘Rush Hour') and bought her solo album Belinda but it was with Heaven On Earth in 1987 that she really exploded into the British music scene and became one of my personal favourites with its multitude of catchy hit singles including ‘Heaven Is A Place On Earth' and ‘Circle In The Sand' and I still have most of her single output on picture cover vinyl.
This landmark album was followed by in my eyes the equally impressive ‘Runaway Horses' with again numerous hit single releases and her star remained high for a large part of the 1990's.
As I was busy being a patched up denim jacketed rock gig attendee during these years head-banging my way through shows by Iron Maiden, Motorhead, Saxon etc at the Birmingham Odeon and Whitesnake, AC/DC and co at the NEC I to my regret did not catch Belinda live until much later when me and my wife went to a wonderful low key, partly acoustic performance at the Warwick Arts Centre in the early 2000's.
Since that mid 1980's explosion she has worked pretty constantly releasing wonderful solo music, reuniting with the Go-Go's and even performing in the West End and those wonderful 80's memories are sure to be rekindled on this celebratory tour.