We don't yet know much about Bar Pandora.
Get in touch and we'll add some details. 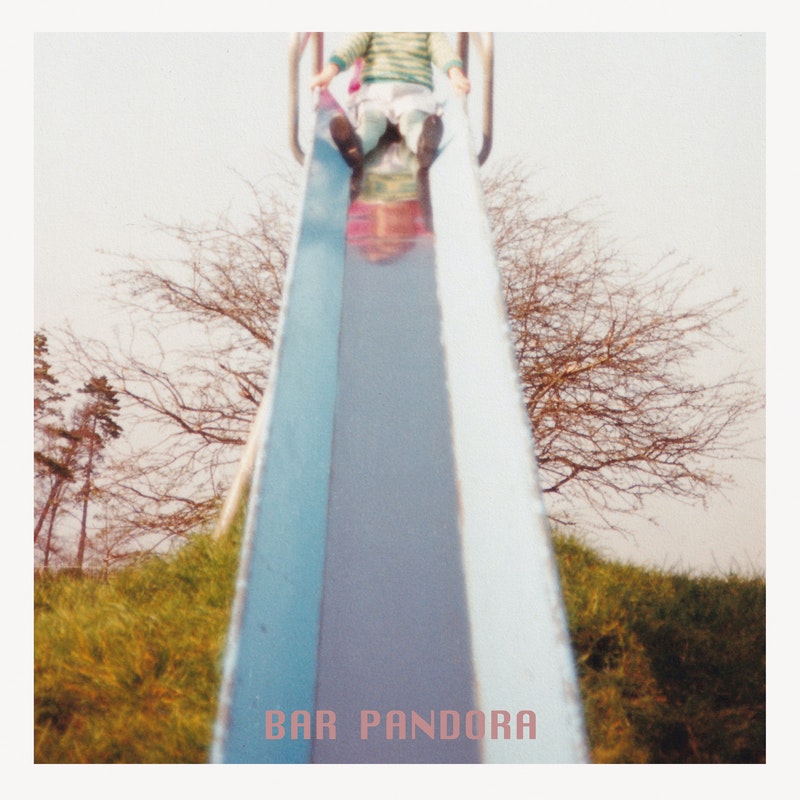 Fresh out today from Bar Pandora is her single "Look At Me".  When I reviewed her "Dear Man" (both are destined to also appear on her upcoming EP) last month, I was pleased that I'd managed to catch up with Charlie Tophill's swiftly rising reputation & so glad that my second article has had the chance to follow so immediately on its heels.

This is another of her collaborations (in fact the first track they completed together) with Simply Dread (whose usual territory is jungle) and  her working with someone from such a very different genre very consciously & deliberately helps move her out of her own comfort zone.

Nevertheless, what you get is relatively closer to her own previous work: exquisite multi-layered cut ups whose sonic fragility acts as a gauze thin veil for the substantial issues the track takes on, rather than anything approaching pure jungle style. Within this rich & dense mosaic of words & music, just as you have to pick out the gems of content and composition, it is possible to discern what he brings to the song. And what's wrong with a track which makes you think & even better return for multiple listens to delve into its depths?

What however I must stress before diving into those depths of "Look At Me" is that its complexity of creation should not be taken as a barrier to enjoying the song. Charlie has a rare lightness of touch which leaves a track of apparent surface simplicity which can be enjoyed simply for how is sounds (though you'd be missing a lot if you stopped at that level, not to mention it might be a little disrespectful). Between them, they have also constructed a song which, though comprised of fragments & filaments, nevertheless has a holistic & integrated nature (apparently it came together particularly easily). If Charlie's input tends to be at the gossamer end of the spectrum, then perhaps Dave's (Simply Dread) anchor these from flying away, until in the latter part of the track they come fully into their own, with a pumping bass. The gradual growth in the dynamic (and volume!) also adds much to the organic integrity of the song.

This is because the song itself tells of matters of some intensity, for which Charlie's own words can alone do justice: "….the whole Bar Pandora project is about ridding yourself of all the restrictive ideas that you've got stuck on in your life. Not about being totally free from them as it's a constant work in progress, but it's about the process.

"Look At Me" is a track that's very much about that baggage-shedding process too. It's about the experience of growing up female and how that tangles you up in ways that you have to unpick later….I think back to my years growing up and realise that it was such a powerful invisible force in my life - the involuntary sense of commodity that comes with being in a female body. Particularly as a musician and performer, I'd get feedback on how I look as often as (sometimes more than) the music. So you develop an acute sense of self-awareness that can be creatively paralysing. And this song is an exploration of that - how you defy it, lean into it, hide behind it and tangle yourself up in it. That's why the song has so many layers of sound and voice going on at points, complementing and contradicting each other. Self-censorship is a complicated business."

Quite how much of this I would have been able to work out for myself over the times I've played it to date, who can say: but not very much for sure, so I'm grateful to Charlie for the input.

You can enjoy the work of Bar Pandora, you can be moved by it too. It'll get you thinking as well: both about appreciating Charlie's own experiences as reflected in the songs and extrapolating them to your particular story. There will never be a full concordance naturally, but for most people, even regardless of gender (and it seems gender issues are central to some aspects of the song), there will be overlap & recognition. And that's what it is really about isn't it: empathy for the lives of others regardless of how close they come to your own. A sense of inclusion for precisely the same reason but also a realisation that despite potential myriad differences, there will be points where worlds collide & understanding then requires respect. Beyond that, what Charlie is advocating is the need to apply similar techniques to those needed in pluralities to the singular & practise forms of self love and the capacity to offer oneself the compassion that you might find easier to show to another. Reflection is a really powerful beneficial tool but it can just as easily be a weapon to turn upon the user: learning its management is something perhaps that "Look At Me" is trying to help us with. 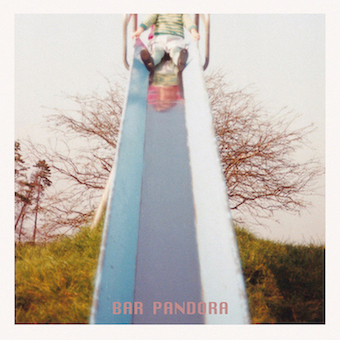 It's great to review Bar Pandora for the first time in the magazine & I'm sure that it will not be the last time.

One of those projects we occasionally feature which is essentially a single lead person with a evolving cast of collaborators, the key name on this occasion is Charlie Tophill. The name Bar Pandora references a literary café in Madrid where she hung out discussing "..literature, life and feminism.."

Charlie describes her music as "alt pop" yet also outlines her methodology as tracks being "playfully sewn together from the offcuts of personal experience- field recordings, journal entries and improvised fragments of music": which to me is exciting & intriguing yet suggests something more avant garde than popular. However I'm sure that accessibility is in her mind as despite the cut up approach to initial creation, she is keen to structure these elements to "bop along to a rich undercurrent of harmonic synths, guitars and pop beats."

I'd imagine that Simply Dread must have played a part in this aspect of "Dear Man" (the lyrics are so personal & specific that I assume them to be purely Charlie's work) and it works really nicely as a smooth & sinuous piece of pop, perhaps with a few nods to late 70s/early 80s jazz funk in there.

It's seductive & draws you right into the song & in this respect she plays the part of the siren as the narrative is far from light or sunny. I do appreciate when artists do this: sometimes setting lyrics to "appropriate" arrangements is the only thing to do, but if you can get away with juxtapositions like this, you can add some extra special dynamics.

As I say, the story seems one of those from Charlie's diary given how specific it is: dealing with someone who seems far from completely together & suffering the consequent emotional impacts: however the pay off seems somewhat affectionate rather than rancour ("Dear Man. You Idiot"), perhaps as the narrator feels some complicity in the out come

How much control she feels she has over this, she does not say, though I'd hope she has a little more control over them than for example "Hot Music Live" regular Daffod'i'll does…..

That she also describes the projects as one "seeking to redress the balance of a life shadowed by self-imposed limitation and baseless inhibition", there is presumably a sense here too of confronting the issues raised in the lyrics & overcoming any negativity in them or the voices.

All of which is very much an intellectualised response to the song, which though honestly intended on my part, on its own sells the song very short of what it deserves.

You can get a lot out of analysing "Dear Man" against Charlie's articulate mission statement, but you can also simply enjoy it for how you find it: and as I think it will gain good airplay (Bar Pandora feature regularly on BBC Introducing for Coventry & Warwickshire), I imagine many listeners will thus appreciate the tune even if the subversion of the words passes them by a little.

Charlie also aims "to make music with gut and gusto, to follow the feels, and to be creative for the sheer fun of it" and the song has vim & vigour for sure & in the subversive element, is playful rather than malicious. It will make you think though...

I'm sorry that this is the first time I've written about Bar Pandora, but I don't intend it to be the final time. I imagine there will be more tunes with Simply Dread to come & then presumably new collaborations will occur. I think we should expect the unexpected here.