We don't yet know much about Ace Ambrose.
Get in touch and we'll add some details.

"The Coming of Age" by Ace Ambrose 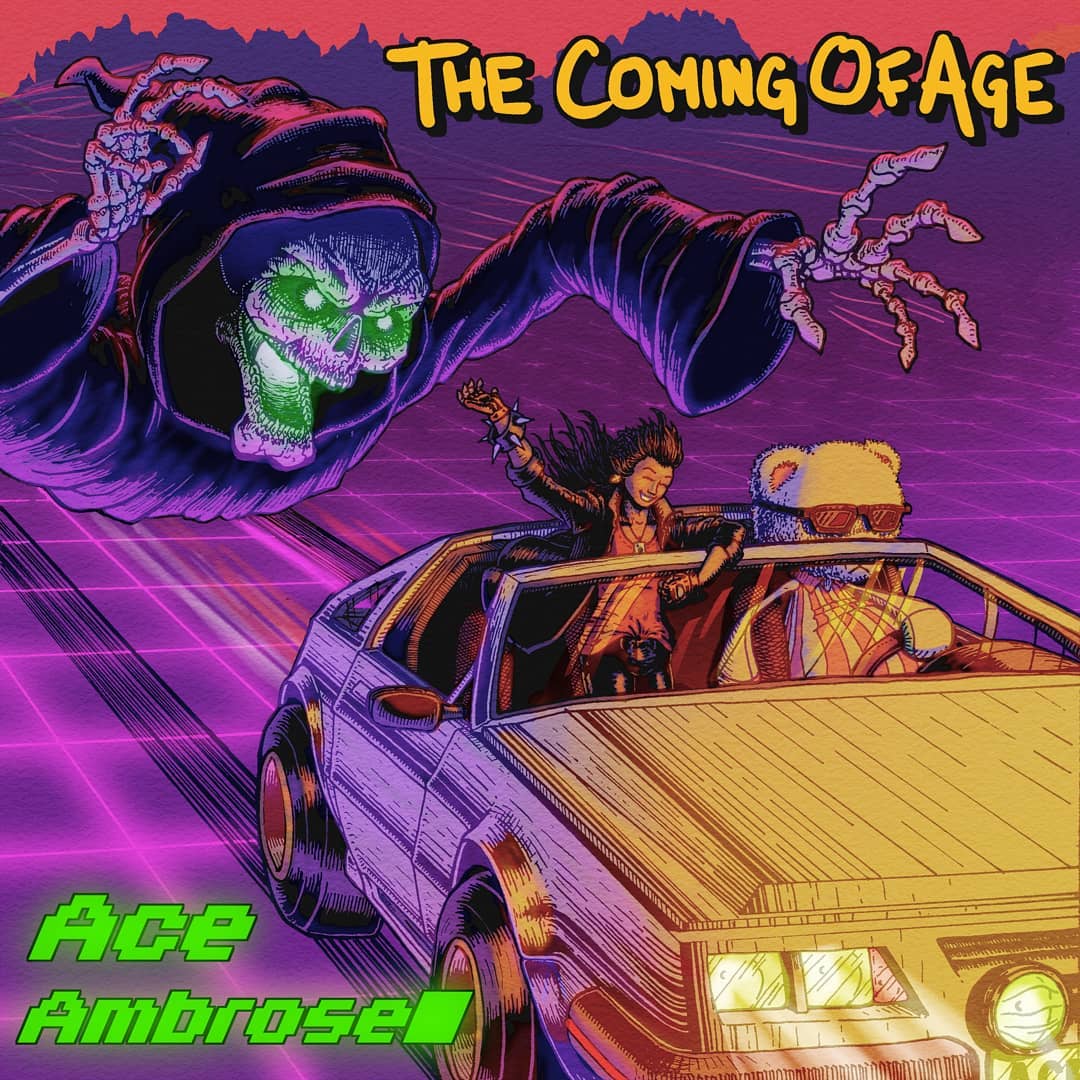 Any new release from Ace Ambrose must have the characteristics of creating anticipation & wonder in our minds: what on earth will she come up with next? Her brand new single, "The Coming Of Age" which is out on April 30th is certainly no exception to such a rule of thumb.

Her first since the mighty "Doomsayer" arrived in November 2020  (though don't forget her super assertive guitar playing on YNES' "Better Job" in February 2021), this new one seems not to feature her Gal Fawkes alter ego but has instead swapped the perspective of the revolutionary for that of the adolescent. For as the title clearly signals, this song is based upon Ace's take upon coming of age movies (it came to her apparently after she fell asleep while watching ‘The Breakfast Club') and questions the forces in society which may make children grow up too fast. Consequently, the arrangement reflects the synth rock sound contemporary with that film (though in true Ace fashion there is apparently a second version in the can which sounds like Roy Orbison. The mind frankly boggles at what that must be like) and features local musicians Phil Morley (Parade) on synth, Hannah Rose Davies on violin and Kieran Nikolich on guitar. Produced by Chris Field at Park Studios in Birmingham, the session was in fact Ace's prize for winning the Millsy's Hop House Songwriting Contest in 2019 (and what a strong field that was).

So with the background lightly sketched in, what can you expect from the artefact itself? Well as with all things Ace, it's worth expecting the unexpected as some of your expectations will be confounded, some exceeded & a few simply met. Her pop sensibilities are all present & correct and on a surface level, it will have broad & instant appeal of a captivating variety. She is however not simply a musician but a conceptual artist & the onion has multiple layers beneath its skin. The musical effect is instantaneous: the synth sound evoking the dream source of the inspiration (I speculate that the "Roy Orbison version" may take his spectral "In Dreams" as its starting point) kicks the mood right in: melodic and not as icy as such stylings can often be: her warm vocal (much gentler than as Gal Fawkes) sits above it in a subtle and empathetic way: more Tracey Thorn perhaps than Alison Moyet in its ability to connect with us. Chris' subtle production manages to strike a clever balance between vocal detachment and engagement.  I also thought of Suicide's classic "Dream Baby Dream": less morbid for sure but equally insistent/persistent in its moodscape. The additional (stringed) instruments are wise additions: again they serve to pull the sound back from that antiseptic alienation so redolent of the synth era genre and offering humanity: after all with a key note of "it's the end of the world, let's have some fun", you really can't go down too a barren musical road.

The lyrics as I suggested, take the details of the song into most interesting areas, consistent with the vivid imagery of dreamscapes, at times diving off into weird areas beyond rational comprehension as dreams do, then pulling back to the central theme of those movies. A sense of the loss of moving from innocence into something more grounded yet less magical, it mourns a loss while advocating both a conscious return to mindsets of our youth and a celebration of them if only in hindsight.

As ever, Ace is as concerned with the visuals associated with her art as she is the sound (I look forwards to a video), so credit for sure to her frequent collaborator Curtis Cripps (Nerdy & Niche Art) depicting her in a "classic car driven by her childhood teddy bear ‘Griffy' on the run from a Grim Reaper looking character……a visual representation of Ace constantly on the run from growing up and clinging on to the nostalgia of childhood". 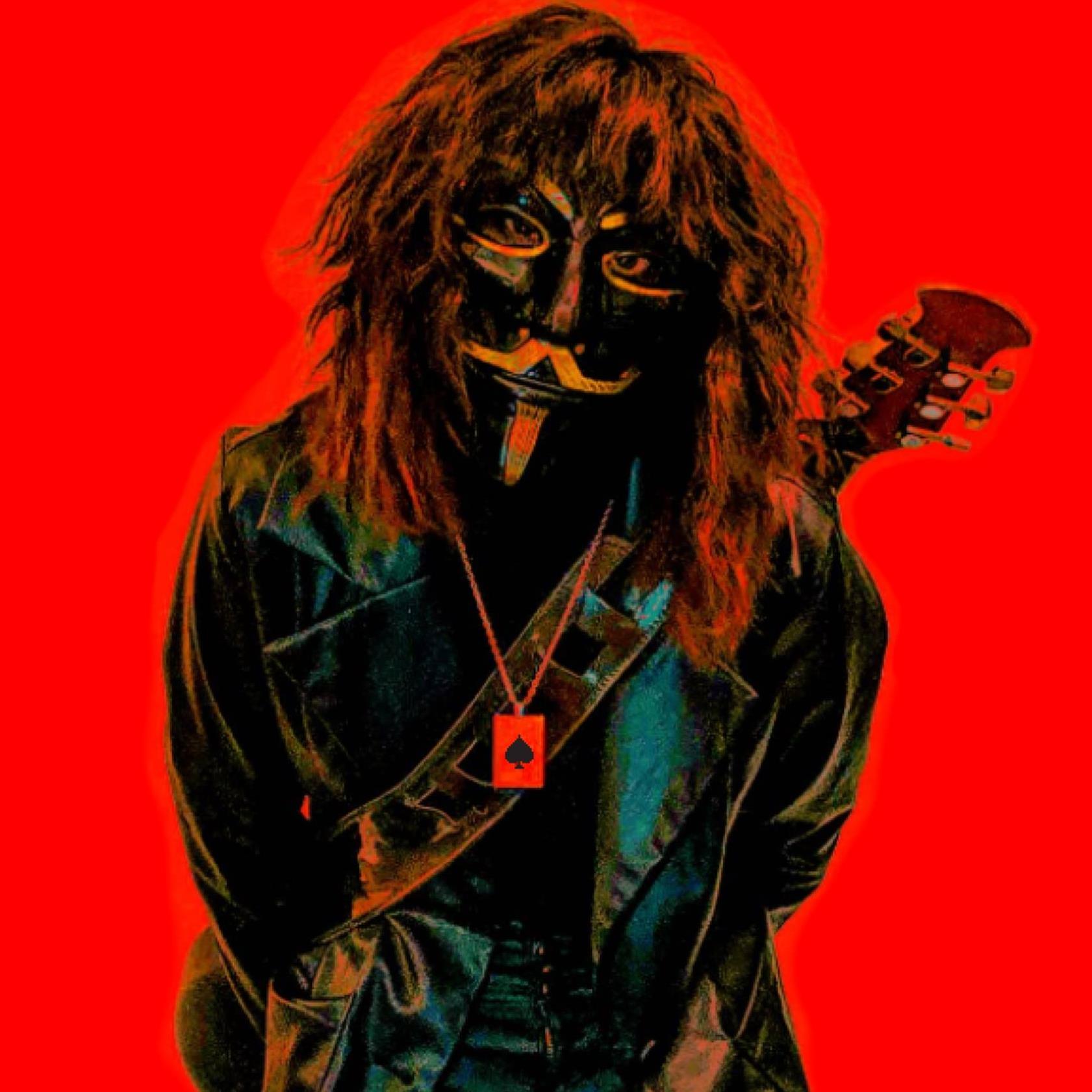 It is always exciting to review a new Ace Ambrose release & today really is no exception to that pattern.

She is one of the most radical of local musicians, in terms of sound, concept, lyrical themes & in placing her work within wider frameworks & meanings.

Whether it was  her song "Two Souls Apart"  set in the context of the  "Front Room Sessions: The Visual Album" project or perhaps even more so "Resuscitate Me!" her exciting collaboration with Katie Walters, (to name but two of her recent records), each Ace release is both a surprise & a mental stimulant.

Now we have "Doomsayer", released on November 5th as a single & as a taster for an album called 'Doomsday Was Yesterday', a conceptual collection "..set in an Orwellian dystopia in a parallel 2020, not so different from our own, a virus has devastated the world and the UK has fallen under totalitarian regime surveilled and controlled by the government watchdog Division8".

Within this framework Ace (and let's remember that "Ace Ambrose" is herself an artistic construct/persona) introduces a new aspect of herself as "Gal Fawkes", "…an anarchic freedom fighting musician, filled with fear for the future of humanity. She is labelled and dismissed as a fear mongering doomsayer but remains intent on exposing corruption within the system and warning people of the ruling elite's biggest secret: that the destruction of earth is closer than they've let on".

Channelling such a lot of complex ideas dating back to at least the seventeenth century & bringing it right bang up to date, intellectually George Orwell is an important influence as well as the 1605 activists & one might discern traces of the revelations of Naomi Klein & the imagery of "V For Vendetta" too.

There is an eerie prescience throughout too as Ace actually began both this song & the album long before COVID19 reared its head, though forces we can imagine mean that it was actually constructed wholly by herself at home, neatly mirroring what we can picture a clandestine, guerrilla musician having to do in the world she has imagined for us.

As "….a warning of a potential future, the celebration of individuality and humanity and a rebellion against all forms of corruption, preaching love in the face of hate", "Doomsayer" is as spiky & arresting as you can imagine from all I've written above. A stunning apocalyptic collage which truly sounds like what you might hear coming over an illegal radio in your bunker, tuning into banned pirate broadcasts: distorted, swathed in cacophonic wreathes of sound, like all Ace Ambrose music there was no compromise used in the recording.  In feel & tone it also brought hints to my mind of Steve Earle's "The Revolution Starts Now".

The percussion alone provides a sense of doom being said & above that hangs (often by its finger nails), layers of anguished vocals & clashing instrumentation, wailing & railing against the situation, but crucially, as I have said, not without positivity as an antidote to what she is preaching against. This is a stunning artefact & if the context seems fantastic & fictional on the surface, you should plunge deeper into it because it channels great truths which affect our lives right now. This is a call to arms: and not necessarily confined to the usual meaning of the term. This is inspiration.

Given the extraordinary depth of hinterland Ace has created for this project, you will not be surprised to learn that it has burst out of the single format across a range of media. Listen out for Gal Fawkes on Ace's radio show "The Amp" on Rhino Radio (rhinoradio.co.uk) and she is also "building a physical world in which people can immerse themselves, using social media platforms for the tyrannical Division 8"